A Democratic State Senator who called 911 on a reporter asking questions following a campaign event, claims the journalist threatened her at a North Miami Beach restaurant.

Senator Daphne Campbell called police just before 1.30pm on August 9, telling a North Miami Beach officer she was being threatening by a woman in a floral dress, the Miami Herald reported.

That woman was Miami Herald reporter Sarah Blaskey, who had attended Ms Campbell’s reelection campaign event at the Duffy’s restaurant to ask 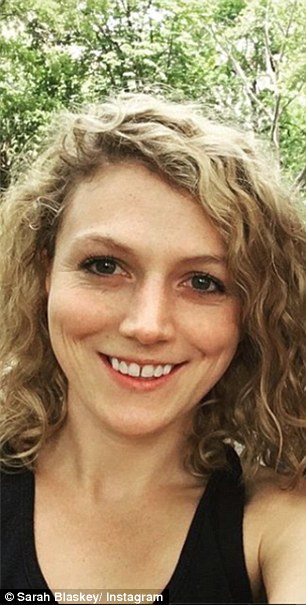 ‘Can you please send a police for me, please, right now,’ Campbell can be heard saying, as the operator asks for her location.

‘I have a lady who threatened me a lot,’ Campbell claimed.

‘I’m not going to argue with no one. She threatened me right now. I need protection.’

Ms Blaskey was reportedly asking Campbell questions during a question-and-answer session following an event for candidates in the State Senate race.

When Ms Blaskey asked for an interview, she was refused and told to email her questions, the Herald reported.

However, when Ms Blaskey continued to listen to Ms Campbell’s conversations with voters, the senator walked to another table and called police, the newspaper reported.

The senator described the reporter as being white, wearing a colorful dress, and not having any weapons.

Police responded, but did not make any arrests.

The following day she wrote: ‘Yesterday, I committed an act of journalism. Today, tomorrow, and everyday, I plan to do it again. Consider it premeditated.’

Herald executive editor Aminda Marqués Gonzalez said in a statement reported by the publication that Ms Blaskey did nothing wrong.

‘Sarah Blaskey was simply doing her job,’ Gonzalez said. ‘Asking a question is not a threat.’

Ms Blaskey is not the first reporter for Ms Campbell to report to authorities.

Earlier this year, Ms Campbell called the police on a reporter who was recording her speaking with members of the Miami Shores council and leaving after a meeting. Police did not make any arrests then either.