A teacher at a Florida middle school has been reassigned after the father of a student was ‘furious’ to learn his daughter was giving a quiz to take online that referred to President Donald Trump as an ‘idiot’.

The Quizlet multiple choice test was completed during to a computer class at Watson B. Duncan Middle School in Palm Beach Gardens and students had to decide whether it was Donald Trump, Ronald Regan, Richard Nixon or Jimmy Carter who fit the description of ’45th Pres; 2017; Republican; Real Estate businessman; Idiot’.

A concerned parent spread the word about what occurred on Tuesday, in a Twitter rant that has now been deleted.

‘This was an actual question on my daughter’s middle school test today. Furious,’ the man wrote on social media. ‘Going to raise some hell with the principal. Indoctrination will not continue. (See word “idiot” at the end of our presidents multiple choice answer). Not having it!’ the parent posted to Twitter.

Watson B. Duncan Middle School girl told her father about the content of the quiz on Tuesday 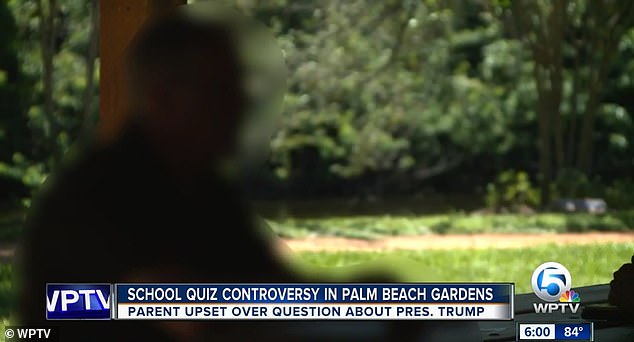 Principal Philip D’Amico said the teacher was reassigned as a result of an investigation that was opened in response to the complaint.

D’Amico wrote a letter to the parents of the children who participated in the Computer Applications class that day and reassured them action was being taken after the blunder involving the quiz from the San Francisco-based company.

‘The question was inappropriate and demonstrated an unacceptable lack of good judgment on the part of the teacher,’ the principal’s letter read.

‘An investigation is now underway, and the teacher has been reassigned during this process. Because this is an open inquiry, I am not at liberty to share any additional details with you at this point.

‘I apologize for this incident, and for the offensive verbiage used in the question.’ 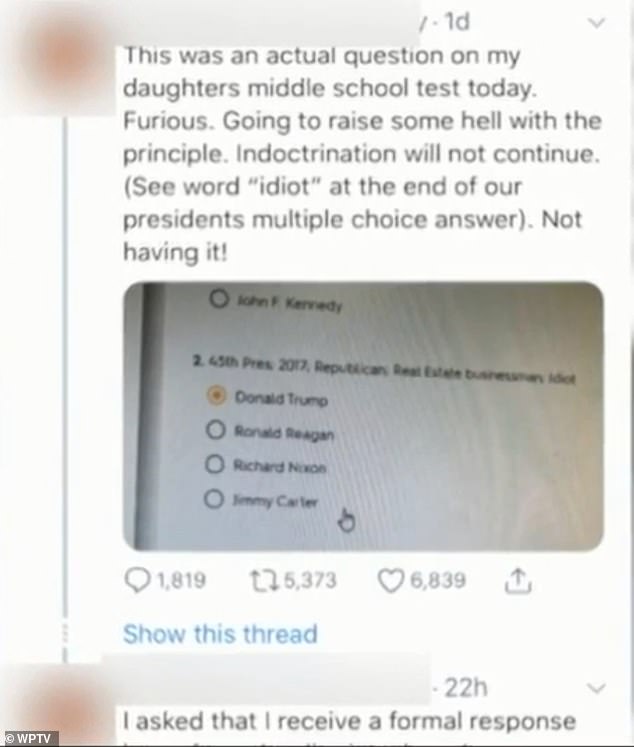 Quizlet claims to be used to help two-thirds of high school students and half of university students study in the US.

The outraged parent continued in an interview with WPTV: ‘I don’t believe opinions belong in the classroom whether religion, politics, ethnic background, any of those things.

The father – who kept his identity concealed – added that he hopes other parents can teach kids ‘what’s right and wrong and that speaking up isn’t necessarily a bad thing. It’s probably the right thing to do’. 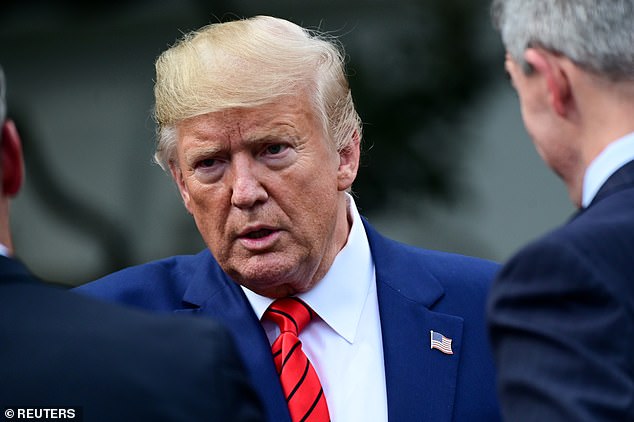 The father who was ‘furious’ Trump (pictured) was labelled an idiot, added that he hopes other parents can teach kids ‘what’s right and wrong and that speaking up isn’t necessarily a bad thing’