Florida woman throws hot pizza at worker who ‘made it wrong’

An enraged mother threw a hot pizza at a restaurant worker after claiming they had made it wrong.

Without warning, Leslie Vermilio, 61, became incensed, launching a box full of pizza over a counter at a restaurant worker in Deltona, Florida.

The person serving Vermilio was covered with dangerously hot pizza, local authorities said. The slices reportedly hit the server on both their arms.

Within seconds she is out the door. A tall man in a baseball cap, thought to be her son, follows her.

Luckily, one of the workers was able to get the assailant’s number plate before she escaped.

Leslie Vermilio, 61 (pictured), fled the restaurant with her son after attacking the worker 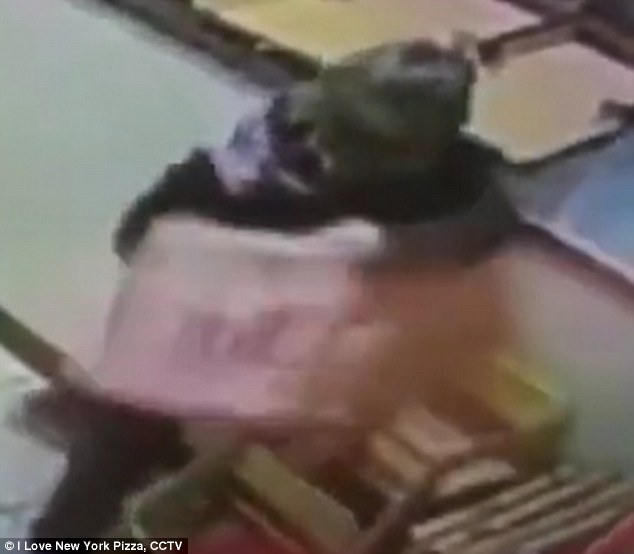 She brandishes the pizza box like a weapon, launching the hot slices towards her target

Deputies soon arrived at her home.

During questioning, Vermilio admitted she lost control after discovering her pizza had been made incorrectly.

She challenged the manager, who she claimed was ‘argumentative and rude’, so she slid the pizza across the counter and left.

But, unknown to Vermilio, the whole scene had been caught on CCTV.

Footage showed her forcefully throwing the pizza box at the victim, and deputies arrested her, charging her with battery. 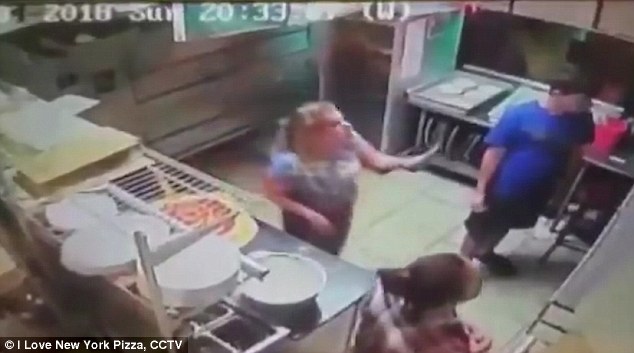