Floyd Mayweather’s ex-girlfriend claimed she feared for her life as the famed boxer savagely beat her up in front of their children.

Josie Harris, who dated Mayweather from 1995 to 2010, had detailed her account of the beatings she suffered at the hands of the former world champion in an unpublished tell-all book before her tragic death.

Harris was found earlier this month dead in her car outside her home in Valencia, Los Angeles County, 10 years after Mayweather was convicted and sentenced to prison for assaulting her. She was aged 40. 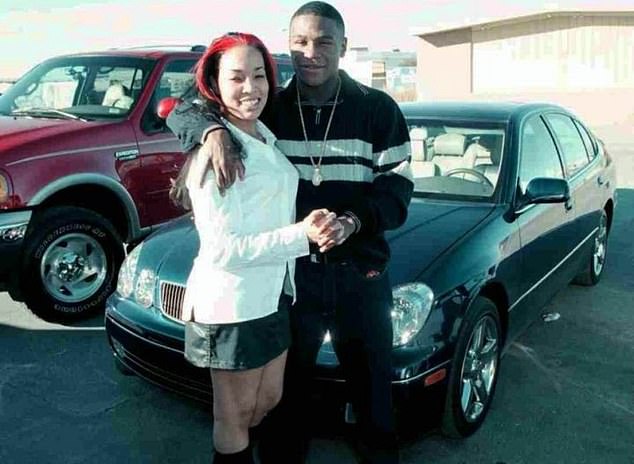 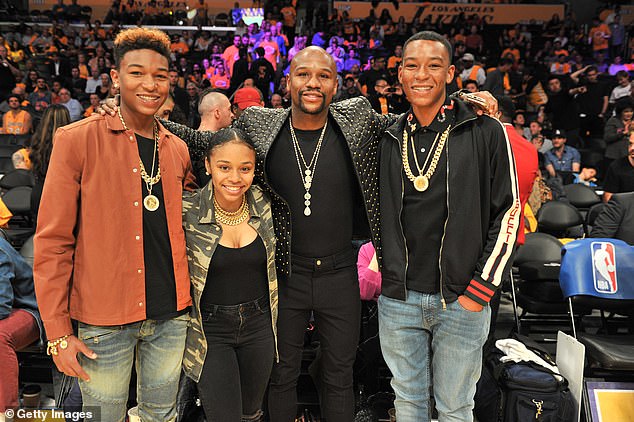 Mayweather served two months of a 90-day sentence for domestic abuse, which was delayed to allow him to earn £30million from his blockbuster showdown with Miguel Cotto.

Extracts from Harris’ book has shed a light on her tumultuous relationship with Mayweather and the violent abuse she claimed to have suffered at the hands of the legendary boxer.

Recalling her ‘last beat down’ from Mayweather, which allegedly took place as their three children Jirah, Zion and Koraun – then aged 7, 9 and 11 – watched in horror, she admitted to fearing for her own life as the boxer repeatedly punched her while screaming: ‘I’ll f****** kill you’.

She wrote: ‘My eyes flew open to the sound of my own screams. Pain was searing through my skull when I looked up and saw Floyd. 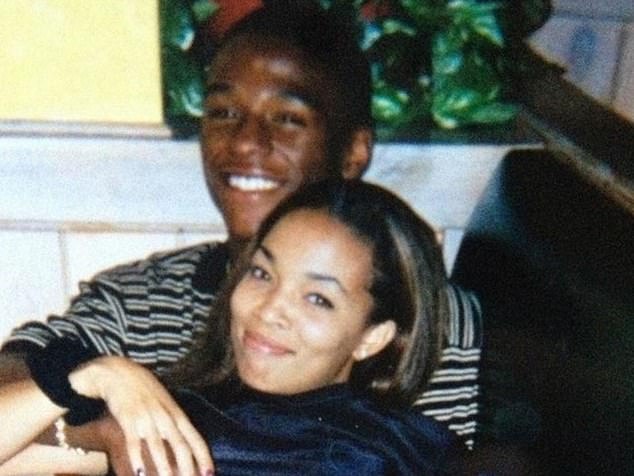 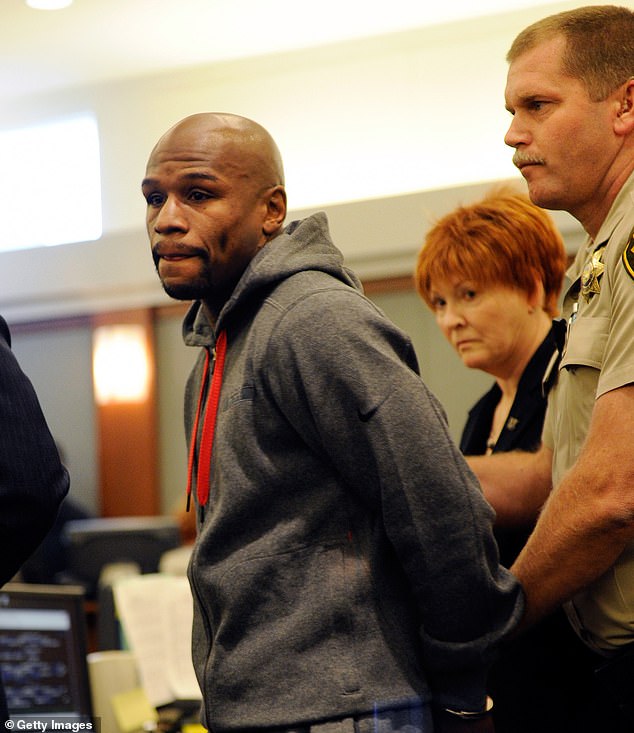 ‘I shuddered at the agonising pain I felt in my head and screamed again until he let me go.

‘Before I could say anything Floyd again tightened his grip on my hair and beat the back of my head.’

In the extracts, which were first published by The Sun, Harris described how Mayweather became angered after accusing her of cheating on him with a man named C.J. and spending his money on him.

‘He was determined to teach me a lesson. I could see it in his eyes. But, I knew I couldn’t lay down, so I fought back,’ Harris continued.

‘I knew the power that Floyd Mayweather had in those hands and I was afraid now.’

Harris described how she pleaded with Mayweather to stop and called on her kids to get security ‘before she was killed’. 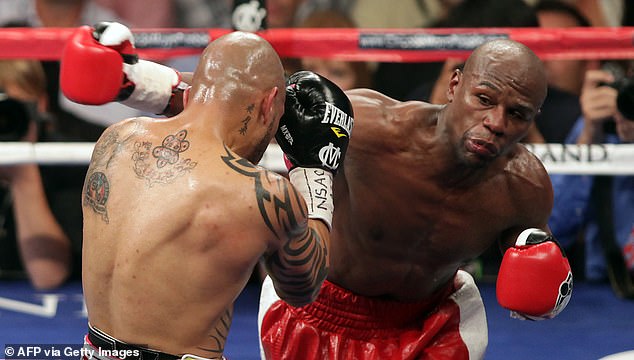 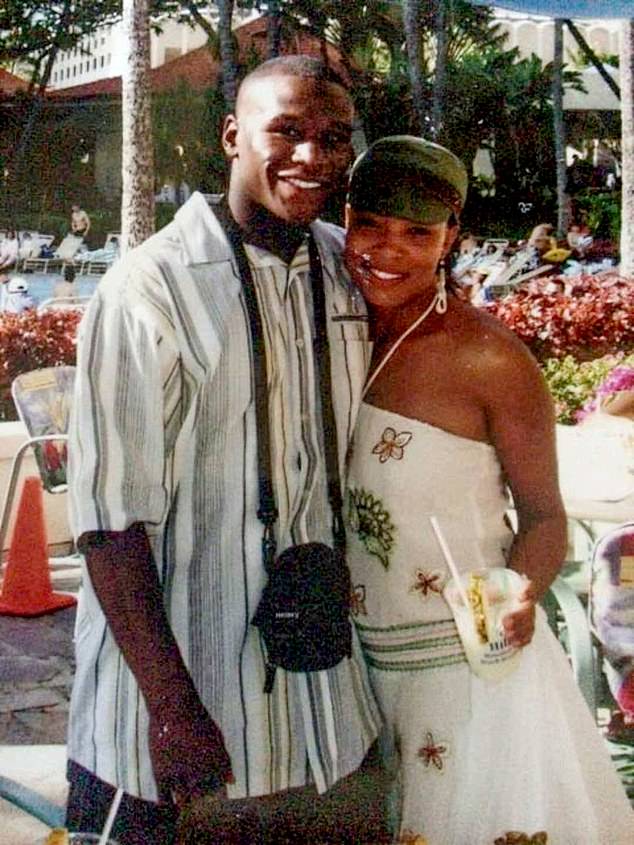 ‘His mood had become even darker now,’ she wrote. ‘I was really afraid for my life. I knew I had to get help.

‘I opened my eyes as he grabbed my hair again. I felt like he was pulling my scalp off of my skull. I put both hands up to my hair, trying to ease the pain.’

Harris said eventually their son Koraun managed to jump over a fence to find a security guard who phoned the police as Mayweather fled in his car.

Harris was left with brain contusions, a possible concussion and a sprained left arm from the attack.

That incident, which Harris claims was one of six times Mayweather was abusive towards her, proved to be the final straw in the pair’s relationship.

‘I didn’t want to say the things I had to say about Floyd Mayweather,’ she wrote. 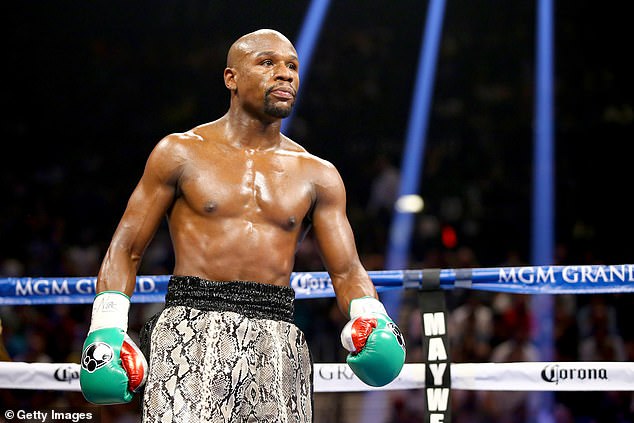 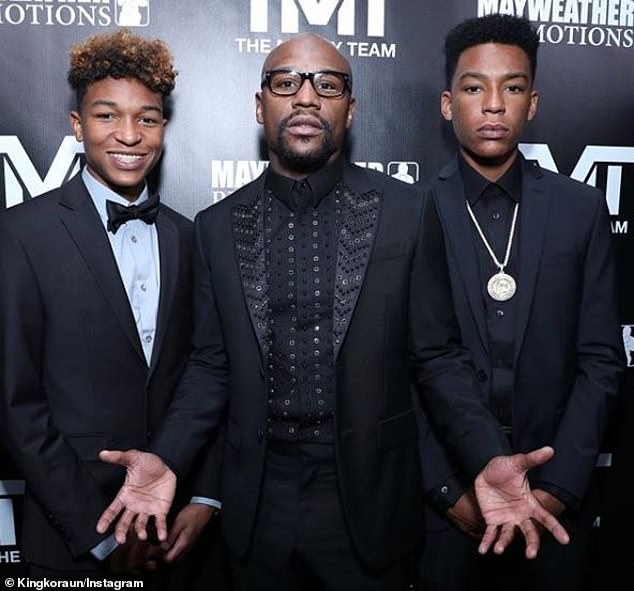 Koraun Mayweather (left) with his brother Zion (right) and their father, Floyd 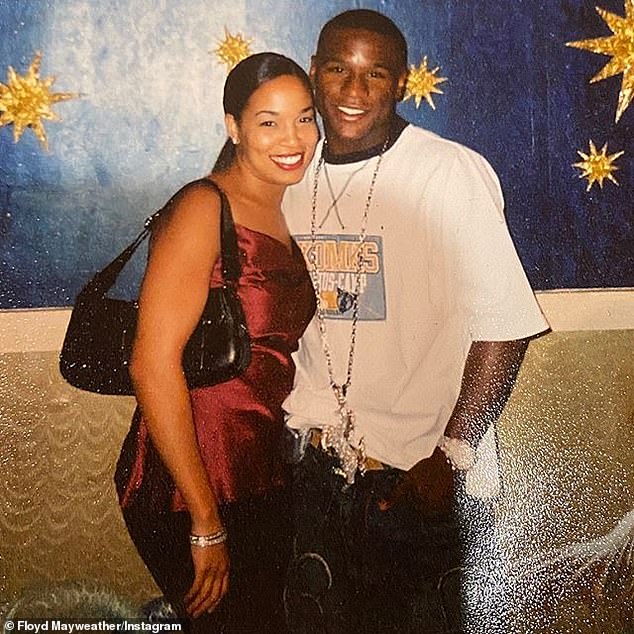 ‘He had hit me before and I had been violent toward him in our relationship. But, I knew this had to be the last beat down.’

The couple, who shared three children, had spent 15 years together before separating in 2010.

Mayweather shared a stream of flashback photos of the pair together on his Instagram feed along with tributes to Harris calling her ‘my rock’, ‘my friend’ and ‘my angel and ‘my love’ after she was found dead earlier this month.

The 40-year-old was the mother of Mayweather’s three children and was currently in the middle of a $20m lawsuit against the boxer after he claimed he used domestic violence against her in 2010 because she was on drugs.

Police are not treating her death as suspicious after she was found in a car outside her home on March 10.