Food blogger who conned victims out of $1.9million refused bail

A food blogger allegedly attempted to flee interstate after fleecing 17 people including her own father out of $1.9million.

Pitman was charged with seven counts of obtaining benefit by deception after convincing alleged victims to invest in ATMs that never existed or were owned by someone else, NT News reported.

Aimee Ploi Pitman, 26, allegedly fleeced $300,000 from the pocket of her father while conducting the fake ATM scam the court has heard

Prosecutor David Morters told the court that police believed Pitman and her partner, Colin Voeuk, 32, fleeced $1,896,000 off their 17 victims, including her own father.

While a small amount of the alleged scam money was put into the dodgy scheme, many of it was still missing.

‘Police don’t know whether it’s buried in a back yard or not,’ Mr Morters told the court.

Police alleged as part of the scam Pitman conned at least $300,000 from her own father.

But Pitman’s lawyer, Matt Hubber, told the court that her father disputes the claim and says that the money he gave her was a leg up for her business.

Mr Morters said that while he was sure that Pitman’s father wasn’t being untruthful, he had changed his story since he first spoke to police and that maybe his concern over his daughter spending time in prison had influenced his story. 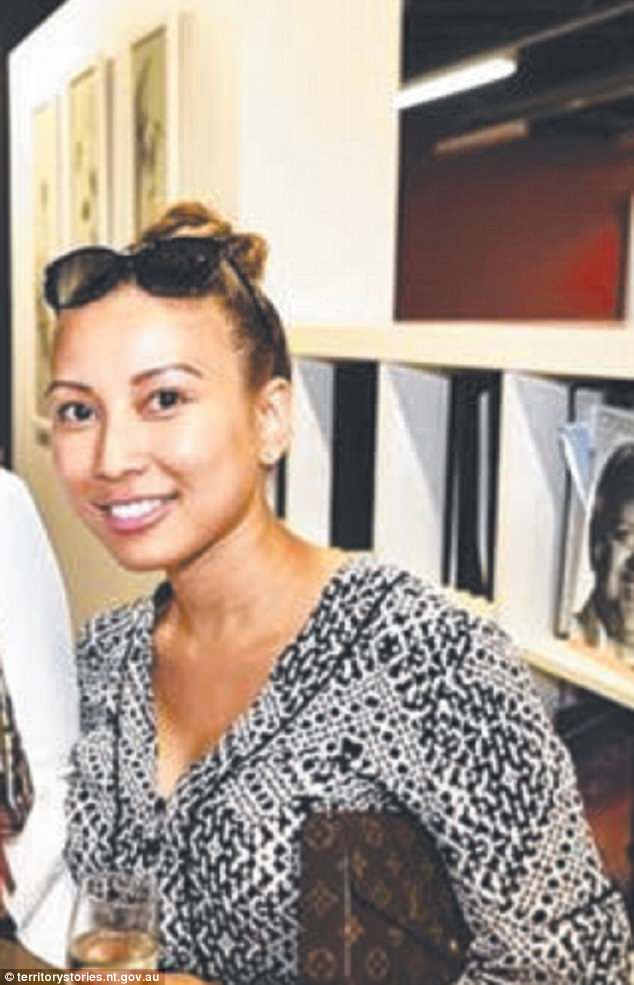 The scheme involved Pitman and her partner Colin Voeuk, 32 allegedly convincing customers to buy into a share of an ATM that didn’t exist or was owned by someone else

It was also noted that Pitman’s father had offered to put up a $10,000 surety for his daughter’s release.

‘The suspicion is he’s been duped in the past, there’s no reason he won’t be duped in the future. This has been an ongoing fraud that has required many lies being told to many people by both defendants,’ Mr Morters said.

Pitman had recently been sacked form her job as an admin assistant at the Royal Darwin Hospital where she allegedly tried to convince her colleagues to invest in the scheme, the court heard.

Mr Morters told the court that after the alleged fraudulent activity begun to unravel Pitman and he partner tried to flee the state and move to Melbourne. He told the court that the pair made plans to get jobs and a house in Melbourne after their victims threatened to go to the police.

Pitman and Voeuk will both return to court in August.

At the time of their arrest, Police said that they thought the scheme went for over two years and that their may still be unknown victims.

‘NT Police believe there may be other victims of this scheme in the Territory and we urge anyone who has invested in an ATM in the past two years, who may have concerns about their investment, to please contact police on 131 444 or call Crime Stoppers on 1800 333 000,’ Detective Superintendent Sanderson said in a statement.