Footy legend Darren Lockyer reveals the hilarious sledges he cops when he turns out for footy team full of disabled players: ‘They definitely don’t hold back’

Queensland legend Darren Lockyer strapped on the boots in Ipswich for a disabled touch rugby league side who sledged him so hilariously it reminded him of his playing days in the NRL.

Lockyer is an ambassador for touch rugby league and joined the ALARA Jets team, which is the intellectual and physically disabled Ipswich Jets side.

The Broncos champion revealed his teammates didn’t spare him with their on-field verbal banter whenever he made an error.

‘There is a lot of cheekiness amongst the group, and it reminds me of when I was playing,’ he told the ABC, adding he was on the receiving end of good-natured sledges like, ‘Pick up your game, Darren’ and ‘Really? You are on our team and you do that?’

‘They have got a little bit of talk-back, so the referee might want to keep an eye on our team,’ Lockyer added.

‘It is fun — and they definitely don’t hold back.’ 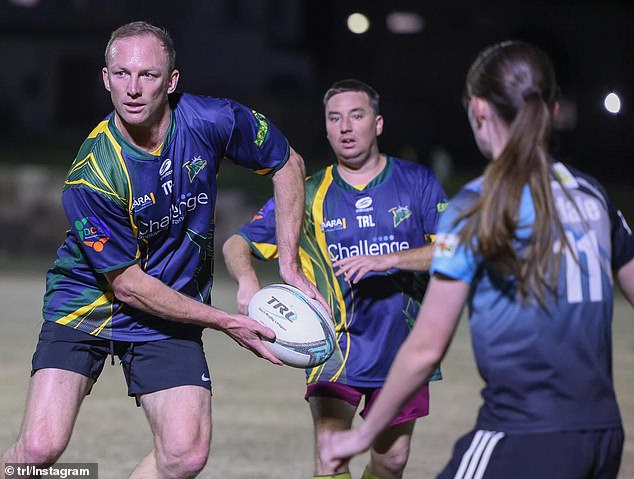 Lockyer turns back the clock, passing the ball to a teammate on the ALARA Jets

The ALARA Jets – an acronym for Access, Lifestyle support, Accommodation support, Respite care and Activities – first put boot to ball in 2013 when a support service member wrote to the Ipswich club asking for an opportunity to start a side for disabled players.

Nearly 10 years after its inception, the side has grown from four footballers to a full team of 17.

Player Jesse Palatinus has been with ALARA since 2019 and says the touch side is a great initiative.

‘I have always loved playing rugby league … it means everything,’ Palatinus said. 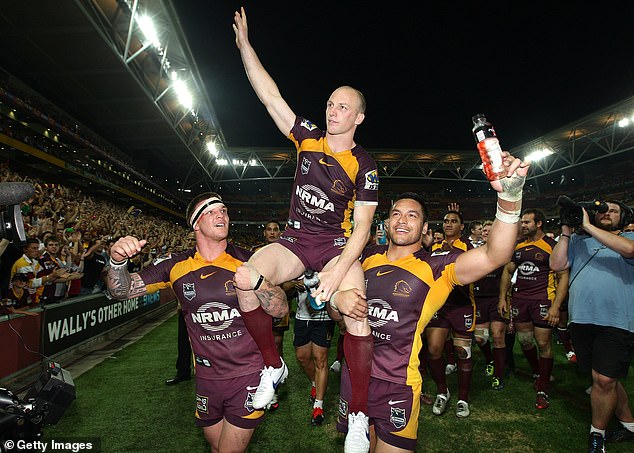 The ALARA Jets were officially entered into the touch rugby league competition in 2017 and compete against local rivals every week.

ALARA support worker Steven Edwards said the team play like any other rugby league side, and leave all of their effort on the field.

The touch initiative has spread across Queensland, moving to Cairns last month to expand the social sport. 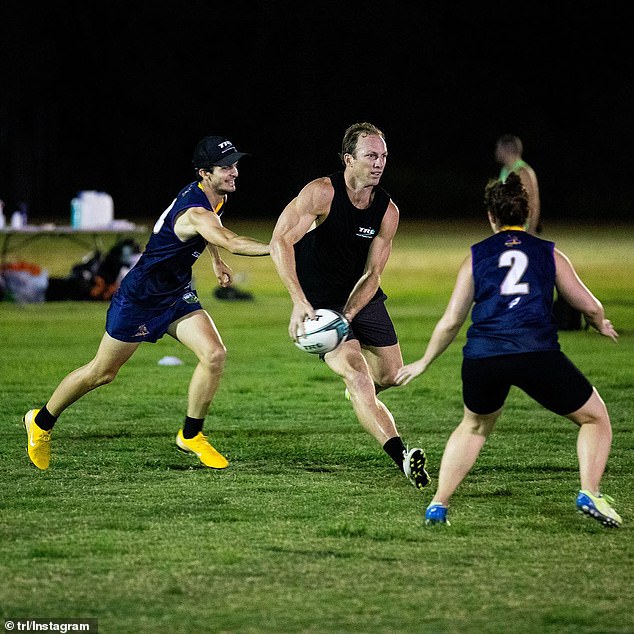 Lockyer played 36 games for Queensland in a stellar career that has seen many experts call for his inclusion in the ranks of footy’s Immortals.

The former fullback and five-eighth was seen passing the ball and stepping across the field for the Jets before taking photos with players after the friendly match.