The sergeant-at-arms of an outlaw bikie gang has been booted from the organisation after it was discovered he was a prostitute – and to add to his woes, police now allege he was caught with a banned firearm.

Alexander Victor Miller, 30, pleaded guilty to driving disqualified and possessing a knife in the ACT Magistrates Court on Thursday.

He also indicated he would make guilty pleas to two drug charges and plead not guilty to possessing an undisclosed sum of tainted cash, according to the Canberra Star.

Alexander Victor Miller (pictured), 30, pleaded guilty to driving disqualified and possessing a knife in the ACT Magistrates Court on Thursday 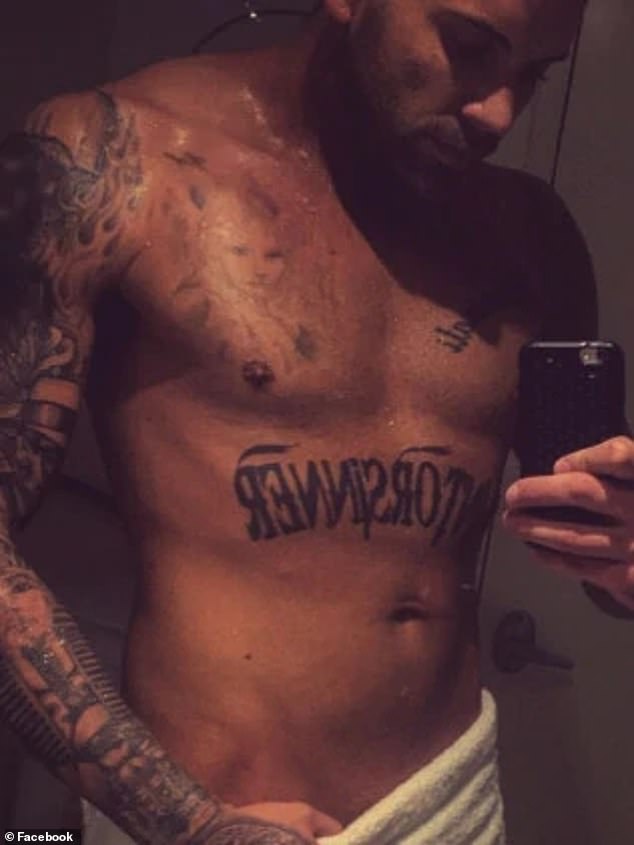 The court was told in February that Miller was allegedly found with a double-barrel, .32-calibre ‘key ring firearm’ during a drug raid on his apartment in 2017

Miller is expected to argue the money found in his home was legitimate proceeds from his employment as an escort.

Miller’s defence lawyer Kate Gunther told the court in January her client had earned the money as a sex worker.

She said Miller was embarrassed by his ‘debasing’ line of work.

Miller was a truck driver before losing his licence for drug driving, which had forced him to turn to the sex trade, Ms Gunther told the court.

‘Sex work is not his passion, as you would probably expect … he does not enjoy it, in fact he considers it to be debasing himself,’ she said.

He was allegedly found with the drugs and cash when driving on June 16 and charged with six offences.

A seventh charge of possessing a ‘key ring firearm’ was adjourned without plea, according to the Canberra Times.

The court was told in February that Miller was allegedly found with a double-barrel, .32-calibre ‘key ring firearm’ during a drug raid on his apartment in 2017.

A .32 calibre is around 8.1mm in width and is considered to be less lethal than other bullet sizes.

He allegedly did not have permit to have a gun.

Police say Miller told them he had seen the ‘key ring firearm’ before but he didn’t know who it belonged to.

He also said he didn’t know how it came to be in his bedside table’s top drawer. 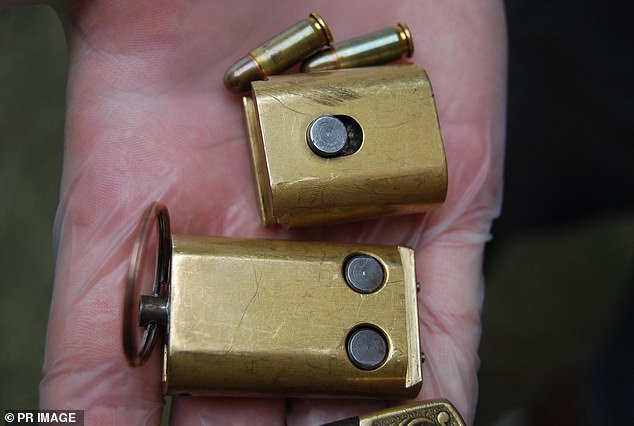 The court was told that forensic testing found Miller’s DNA on the ‘key ring firearm’.

The weapon is prohibited as it hides the fact that it is a firearm.

Two other men were at Miller’s home at the time of the raid.

Miller, who is currently being held on remand, will have his case heard once again in September.