Former Dallas Cowboy safe after being missing for 4 days

Former Dallas Cowboys running back Lincoln Coleman was found safe on Tuesday morning after having been missing for four days.

Dallas police said 48-year-old Coleman – described as being 6’1″ and weighing 275 pounds – was last seen on February 9 at about 4pm, leaving a home in Dallas, driving a silver 2016 Ford Escape SUV with a Florida license plate.

In the missing persons release, police said Coleman ‘has diminished mental capacity and may be in need of medical assistance.’

Lincoln Coleman, 48 (left), was reported missing on February 9. He reappeared at his mother’s house four days later with swollen legs. His friend said that he had parked his car three blocks away and been unable to remember how to get back home until then

On Tuesday, however, police said that Coleman had been located and was safe.

Christopher Randolph, Coleman’s agent and friend of 15 years, told CBS DFW that the former NFL player turned up Tuesday morning at about 4am.

Dallas News reported that when Coleman arrived at his mother’s house that morning, his legs were swollen. His mother, Waynita Coleman, said the swelling was likely due to all the walking he had done when he wasn’t sleeping in his car, although she had no idea where he had been walking.

Randolph said that Coleman had parked his car outside a church three blocks away, but had been unable to figure out how to get back home.

Randolph believes that Coleman’s confusion was the result of dementia, bipolar disorder and concussions sustained while playing professional football. 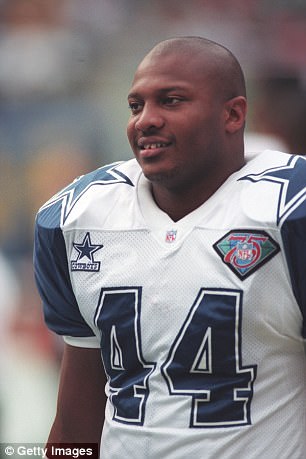 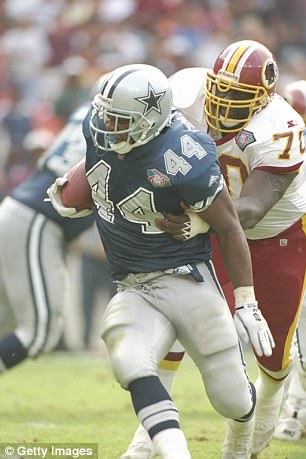 Coleman played on the 1994 Super Bowl-winning Dallas Cowboys team. His mother said that he suffered eight concussions during his football career 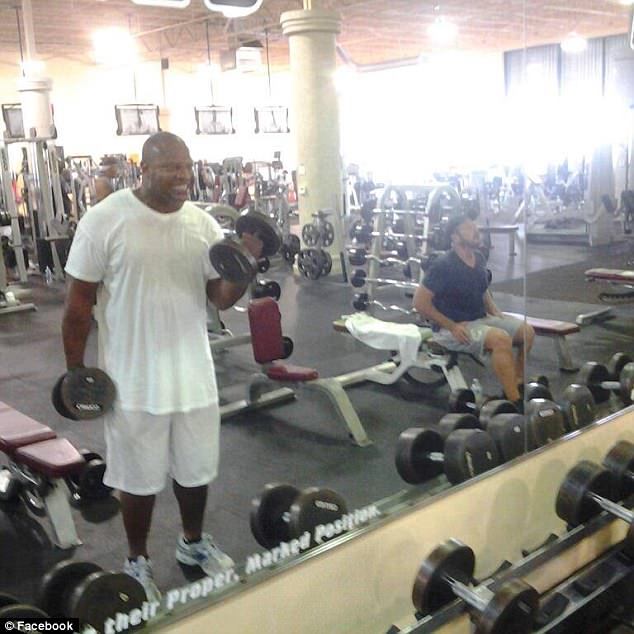 Coleman is said to be bipolar and have dementia. He’s gone missing in the past, most recently in May 2017, when he was gone for eight days, spending some time in a homeless shelter

Randolph said that among Coleman’s friends and family’s concerns while he was missing were that he would freeze while outside or that he might get mugged or carjacked.

Coleman was reported as wearing a long sleeve black shirt, black shorts and black sandals when he went missing. Low temperatures in Dallas have been hovering around 40 degrees.

‘He’s a big man and he can take care of himself, but when he’s in that condition, you don’t know what he’s thinking or you’re thinking someone can take advantage of him,’ Randolph told CBS DFW.

Randolph noted that on bad days, Coleman has been known to wander off and that his confusion lead to him getting frustrated and then lost.

The last time he went missing, in May 2017, he was gone for eight days and spent several of those days at a Dallas homeless shelter.

He has reportedly been given a settlement from the NFL as a result of his injuries, but the payment is still pending.

Coleman was playing for the Cowboys when they won the Super Bowl in 1994. He was released from the team in July 1995.