A former flight attendant has shared some of her most memorable moments on board.

British expat Natalie Smith worked for one of the world’s biggest airlines for three years – and during that time, she saw it all – from frisky passengers in first class to the horrifying time when a plane dropped 8,000 feet in seconds due to turbulence.

‘Life as a “trolley dolly” certainly has its challenging moments,’ Natalie told FEMAIL.

‘It can feel glamorous working for such a prestigious airline, and you do get to travel for a living, but the lifestyle can be tiring and difficult at times.

‘Badly behaved passengers and unpleasant flights are just par for the course.’

Sharing some of her most salacious stories with Compare Travel Insurance, Natalie explained that one of her most memorable experiences came when two particularly daring passengers decided to get frisky in their first-class seats.

‘They were absolutely intent on doing the deed,’ she said.

‘At one stage we even saw a bra fly off!’

The former flight attendant said she and her colleagues ‘spent ages playing “good cop, bad cop” trying to reason with them.

‘Eventually we resorted to sitting between them for the rest of the flight. Ridiculous!,’ she said. 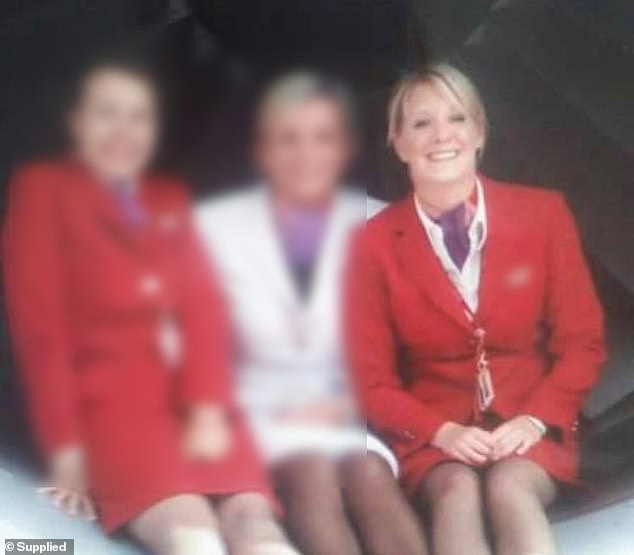 Sharing some of her most salacious stories, Natalie (pictured) explained two particularly daring passengers decided to get frisky in their first-class seats

Natalie said that while joining the mile high club isn’t necessarily illegal, it could result in a misdemeanour charge.

‘If the airline believes you have broken the law or offended those around you, then they could call the police,’ she said.

In this instance, they did not involve the authorities – but she said the passengers were given a ‘very stern talking to’.

It’s not only the passengers who can be problematic. Sometimes the conditions can make for tumultuous transit, too.

When a storm hit Natalie’s flight from Gatwick to Las Vegas, the resulting turbulence made front page news.

She said: ‘During my flying years I obviously experienced a lot of turbulence, but none like this.

‘With absolutely no warning, we dropped 8,000 feet in seconds. It was mayhem!

‘Passengers were stuck in the toilets for an hour due to the extreme g-force, one man was smashed against the overhead lockers and the whole plane was vomiting – literally.’ 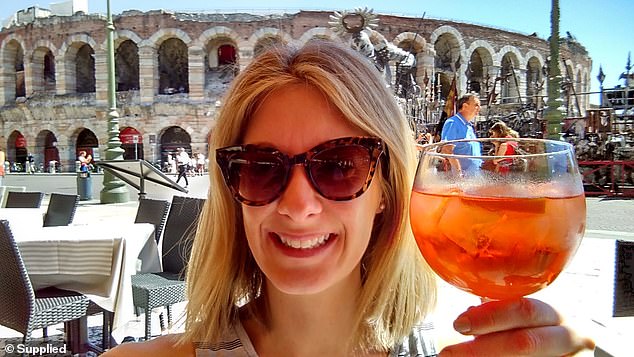 ‘I once flew with a very famous rapper and was surprised by how lovely he was,’ Natalie (pictured) said – she had been led to believe that the rapper was difficult

She recalled that the crew had to have a ‘post flight debrief to ensure all crew were physically and emotionally okay after the ordeal’.

‘It definitely wasn’t your average day at the office!’

And this hasn’t been the only on-flight scandal she’s experienced either.

On occasion, Natalie said she’s flown with countless high flyers. And the ex flight attendant said she has learned to ‘expect the unexpected’ when it comes to such passengers.

‘I once flew with a very famous rapper and was surprised by how lovely he was,’ she said.

‘He’d just been denied boarding with another airline and I anticipated entitled behaviour and a large, rowdy entourage.’

Instead, she said he was ‘incredibly gracious and happy to chat for ages’.

On the flipside, Natalie said there was another occasion when she flew with an actor who is ‘famed for his British charm’.

‘He spent the entire flight berating staff and snapping his fingers for attention,’ she said.

She added that it’s ‘very interesting’ to see how people act in first class – as whether they are famous or not, they ‘take on a whole new demeanour’. 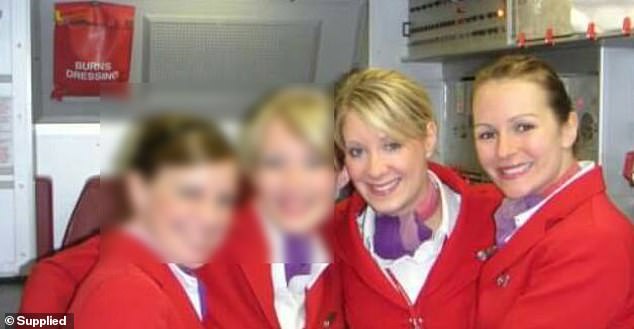 Natalie (pictured) said she has witnessed firsthand the effect of too many drinks at high altitude, but there are some instances that make her cringe more than others

Accidents are par for the course wherever you are, and on a plane this is no exception.

Natalie said she has witnessed firsthand the effect of too many drinks at high altitude, but there are some instances that make her cringe more than others.

‘One passenger in first class had obviously become seriously inebriated, so much so that I caught her urinating behind the bar, thinking she was in the loo,’ she said.

‘I literally couldn’t believe what I was looking at, I was so shocked that I ended up walking away to gather myself, before returning five minutes later to deal with the “mess”.’

She said not realising they’ve had too much is something she sees frequently with passengers.

‘The high altitude certainly gets you more drunk than usual, and the lack of oxygen doesn’t help matters.

‘Of course, crew are meant to stop serving alcohol past a certain point, but sometimes people are sneaky and find ways to get more booze.’