This is the shocking moment an international footballer is racially abused on a Liverpool bus – before passengers step in to defend him.

The alarming video was taken by 26-year-old footballer Pavel Vieira and shows a man repeatedly making vile racial slurs against him.

Merseyside Police confirmed officers are investigating the incident, which happened on Friday evening, and promised to take the ‘strongest possible action.’

Pavel, who is from the African nation of Guinea-Bissau, had been at church.

He boarded the number 21 bus at 9pm as he headed to his home near County Road, Walton.

But as soon as he boarded the bus, a man started racially abusing him.

In response, he got his phone out and began to film.

As the clip starts, the racist is seen trying to knock Pavel’s phone out of his hand.

He tells him that he doesn’t like him because he is black, adding: ‘You shouldn’t even be here.’

He can then be heard attempting to prove others on the bus share his racist views, saying: ‘Everyone is thinking it, they are all the same, why doesn’t everyone say something.’

But at this point, other passengers on the bus step in – with one man shouting to Pavel ‘I’m Scouse, I don’t hate you mate.’

Others join in condemning the racist attack – and one man comes forward to shake Pavel’s hand and speak out against the man.

But his horrific slurs continue, as he tells Pavel he has only come to the UK because ‘his mother was raped’, prompting more outrage from the passengers on the bus.

Pavel shared the video in a bid to highlight the support he received from the public.

The 26-year-old has played football for a number of UK clubs, including Bangor City and once trialed with Tranmere Rovers. 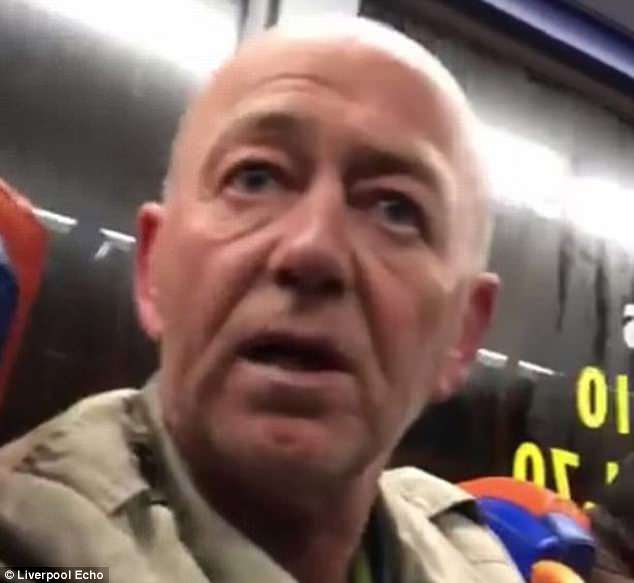 He has also been capped once for the Guinea-Bissau national side.

‘After I got off the bus, more people came up to me and spoke with me and supported me.’

Pavel, who now works in a factory in Wavertree, said the racist attack had affected him, adding: ‘I couldn’t sleep at all last night, I could feel my heart beating so fast.

‘I looked in the mirror and I felt ashamed – it made me wonder if I would be better just going back to my country.’ 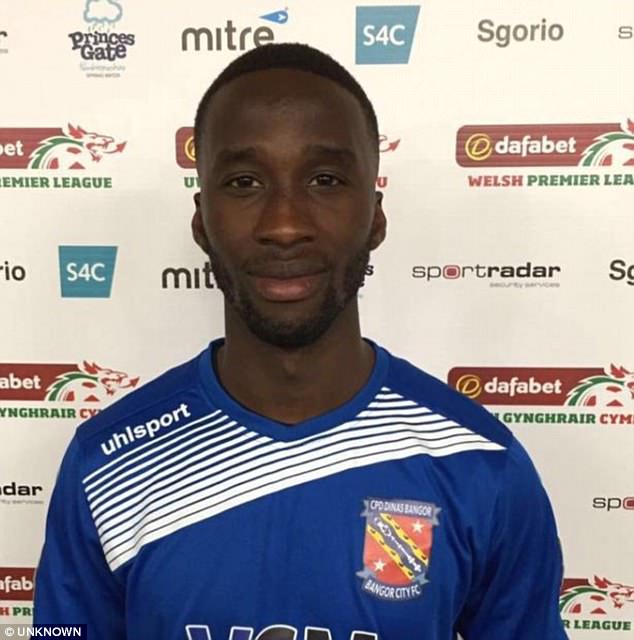 He added: ‘I want to stay here and keep working and supporting my family, I do feel a bit afraid, but I have to be strong for them.’

Pavel reported the incident to Merseyside Police who launched an investigation and are appealing for information.

Detective Inspector Mark Drew said: ‘We will not tolerate hate crimes being committed against members of our community and I would like to take this opportunity to reassure people that we have specially trained officers who investigate cases with a view to robust action being taken against offenders.

‘Everyone has the right to live peacefully within their community and to go about their daily lives without harassment from others just because they are perceived to be different.

We will take the strongest possible action against this offender.’