A former adviser to Donald Trump claims that ‘two and perhaps more’ informants approached him prior to the presidential election with information that would have ‘jammed up’ the campaign in some way.

‘These guys were going at us from all different angles,’ Michael Caputo said on a ‘Hannity’ panel that included former Trump campaign hand Sam Clovis and and ex Trump foreign policy adviser Carter Page.

Caputo said it’s clear that his colleagues were ‘approached by a spy’ during the campaign, regardless of claims that the person was actually an FBI informant.

Caputo previously said on Fox that he thought there were at least two FBI informants sniffing around the Trump presidential campaign.

Caputo told Fox News’s ‘Your World’ on Tuesday he was approached in May 2016 by an intermediary ‘who had been talking to a government official’ looking to connect with the Trump campaign – purportedly to hand off Hillary Clinton-related emails.

But more details have emerged with the ‘informant’ in question claiming it was all an innocent misunderstand. 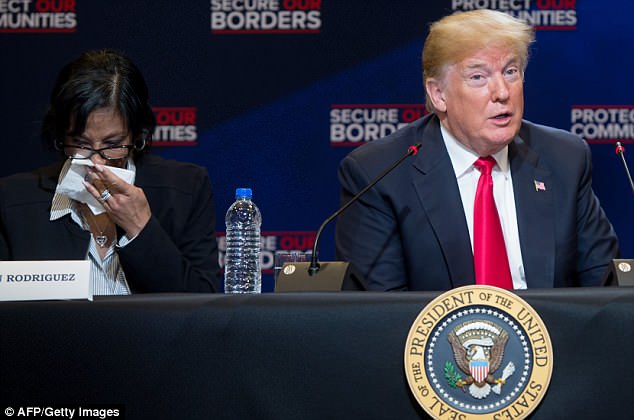 A government contractor met a friend of Michael Caputo’s at a Kentucky Derby party and mentioned hearing of emails from Clinton’s private email server but denies being an FBI informant or any type of government plant.

Kirk Bell, a friend of Caputo’s, was at a DC-area Kentucky Derby in early May when he met a government contractor, who asked media outlets to remain unnamed.

In their conversation it came up that Bell was going to work for Trump’s campaign.

The government contractor mentioned he had heard about some of Clinton’s missing emails floating around and said the Trump campaign should see if they could obtain them, according to the Daily Wire.

The contractor denies he is an FBI informant or any type of spy or government plant.

‘I made no offer. I did not entice these people. I just made a cocktail party statement that is now conflated into ‘I am a spy,” the contractor told CNN.

The contractor claimed to have seen emails that were allegedly part of the thousands Clinton deleted from her private email server, CNN reported.

Bell relayed this to Caputo, who was already working for Trump.

‘I am trying to find hard copies, but that is really going to be tough,’ Bell said in a text message to Caputo. ‘I have my people out there looking.’

Caputo believes the mention of those emails along with the advice that the Trump campaign should pursue sources in the US intelligence community for information on Clinton was part of a government conspiracy to entrap staff of the Trump campaign.

‘I’ve always believed for two years that it was hinky,’ Caputo told CNN. ‘Sure, it could be a misunderstanding, or it could be the keys to the kingdom of God.’

Caputo and the contractor never spoke directly, both have said.

The contractor claimed to CNN never have had possession of any Clinton emails, nor to have been able to independently verify their validity.

‘This is just really, really overblown,’ the contractor said. ‘I made no offer. I had no possession. I said, ‘Do your own math here.”

The contractor told The Daily Wire he had heard Clinton’s missing emails in a business meeting he had while he was trying to bring in business for a private sector tech company.

‘I have done no work with the [Independent Special Counsel], none,’ the government contractor told the Daily Wire. ‘I have no contracts, not even ancillary contracts with the intelligence community. I am not connected there at all. Zero.’

Caputo, when told by the Daily Wire of the publication’s interview with the contractor, said: ‘This also could be a great big misunderstanding.’ 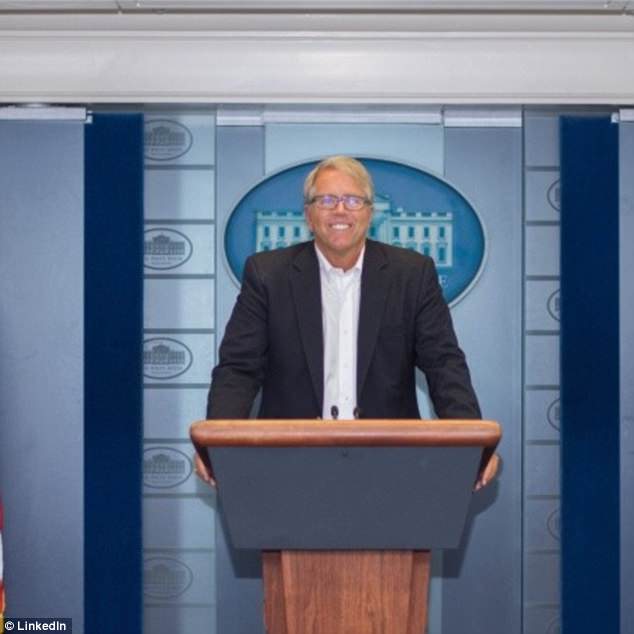 Kirk Bell, a friend of Michael Caputo’s, was at a DC-area Kentucky Derby in early May when he met a government contractor, who said he had heard about emails from Clinton’s private server.

The former Trump aide had told Fox News on Monday night that there could be another informant out there.

Caputo left the Trump campaign in June 2016 after he reacted too gleefully to the news that campaign manager Corey Lewandowski had been fired.

He tweeted, ‘Ding dong the witch is dead,’ with a link to a YouTube video of the famous Wizard of Oz tune. He subsequently resigned.

His explosive charge of an additional informant followed reports that Cambridge professor Stefan Halper was an FBI informant who approached Trump campaign advisers Carter Page, George Papadopoulos and Sam Clovis about any potential ties to Russia.

Trump demanded on Sunday the Justice Department investigate his allegation that the FBI, under Obama, ‘infiltrated or surveilled’ his 2016 campaign.

The DoJ directed its Office of Inspector General to formally probe those claims.