Sydney primary school, popular pizza restaurant and Bondi surf club are among new venues to close over fears of a second coronavirus wave in Sydney

A Sydney primary school has joined the growing list of businesses and institutions forced to close after suffering coronavirus scares as the crisis in New South Wales expands to a pub, surf club and pizza parlour.

Mary Immaculate Catholic Primary in Bossley Park in the city’s west will now shut until at least August 10 as fears of a deadly second wave grow.

Frank’s Pizza Bar in the inner-west suburb of Camperdown also closed on Wednesday night after revealing a patron tested positive.

‘We are choosing to close the restaurant until next Tuesday the 4th of August, in order for our restaurant to be professionally deep cleaned,’ the owner said in a statement later that night.

Surf club president Brent Jackson told The Australian three of the four members had already tested negative to the virus.

Results for the fourth member are due soon, but the club has been shut to members in the interim.

‘We did not want to jeopardise the ability of Emergency Callout crews to use the club and thus we have cleaned and will not reopen to general members until the last members results are known,’ Mr Jackson said. 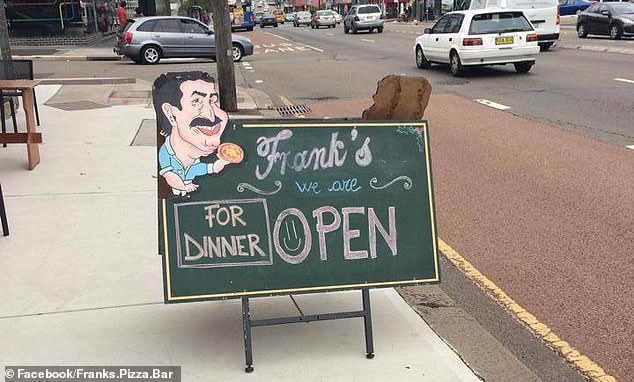 The Petersham school also released a statement late on Wednesday which revealed students would need to undertake online classes.

‘The school has been advised by NSW Health of a possible case of COVID-19. The person concerned is being tested and the results will be confirmed tomorrow,’ the statement read.

‘The school will be non-operational for the on-site attendance of staff and students and will be thoroughly cleaned as an extra precaution while we await the test results.’

EverLearn Preschool in Prestons is also closed for cleaning on Thursday after they were notified of a confirmed case. 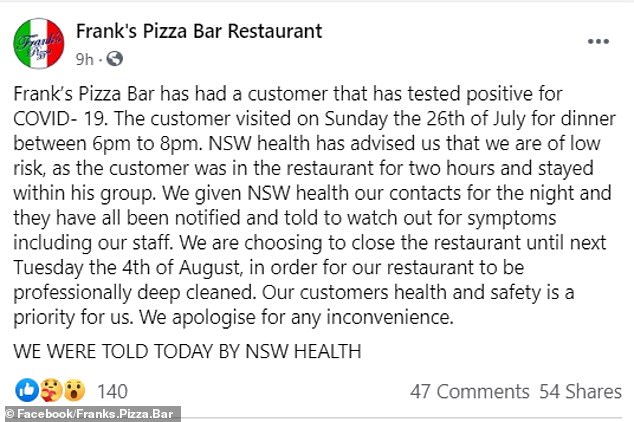 ‘We are choosing to close the restaurant until next Tuesday the 4th of August, in order for our restaurant to be professionally deep cleaned,’ the owner said in a statement later that night 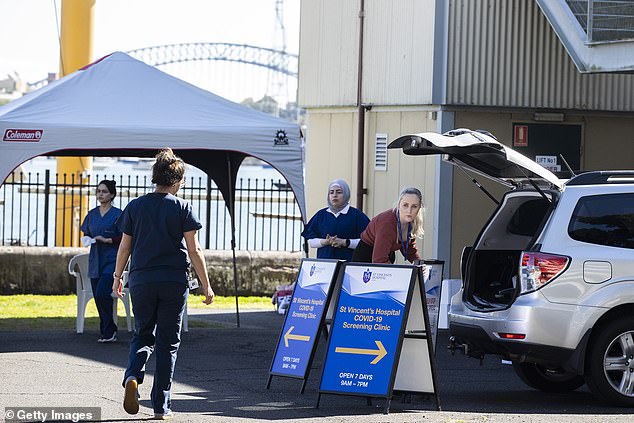 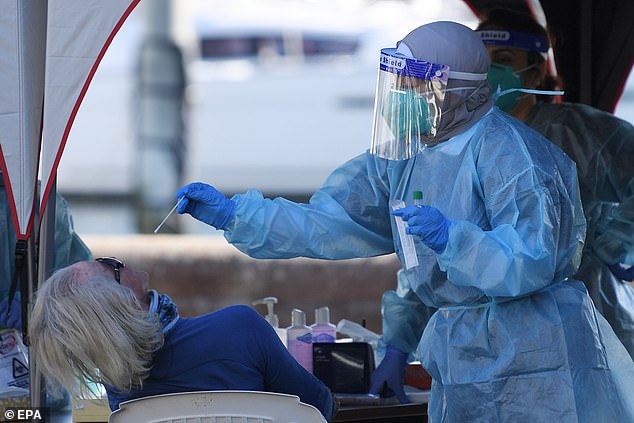 The school was among several other which closed for cleaning last week.

It has since confirmed additional cases, and will also stay closed until at least August 10.

NSW Health also issued an alert for anyone who visited Mounties in Mount Pritchard, south west Sydney between July 23 and July 25.

A new alert was also issued for the Pritchard’s Hotel because contact tracers realised the infected patron dined at the restaurant on July 24, not July 23 as previously reported. 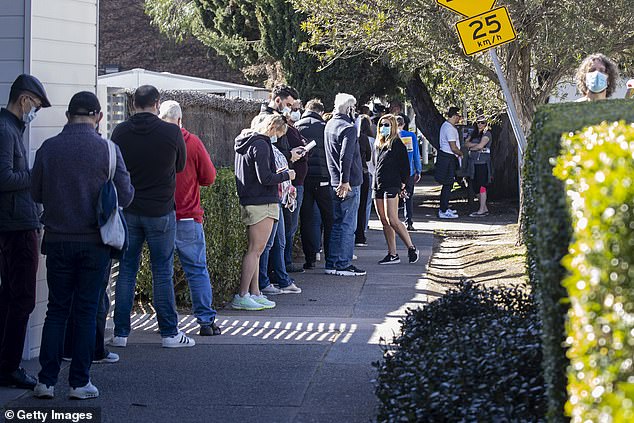 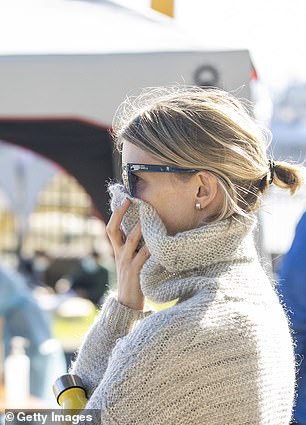 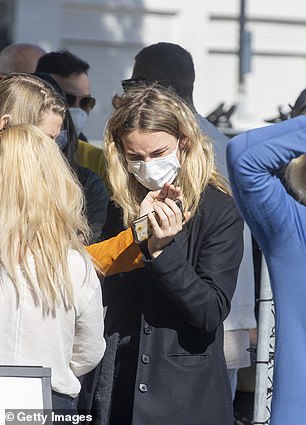 A woman covers her face with her jumper (pictured, left) as she waits at a pop-up COVID-19 testing clinic as others queued with masks while waiting for a test on Thursday