A former Vanderbilt football player who testified against three of his former teammates in a 2013 dormitory gang rape case was spared prison time as part of a plea deal.

Jaborian ‘Tip’ McKenzie, 23, on Monday was sentenced to 10 years of probation and was ordered to register as a sex offender for the rest of his life.

His accomplices Cory Batey and Brandon Banks, 24, were both sentenced to serve 15 years. Brandon Vandenburg, 24, who was called the instigator of the attack on his unconscious girlfriend, was sentenced to 17 years in prison. 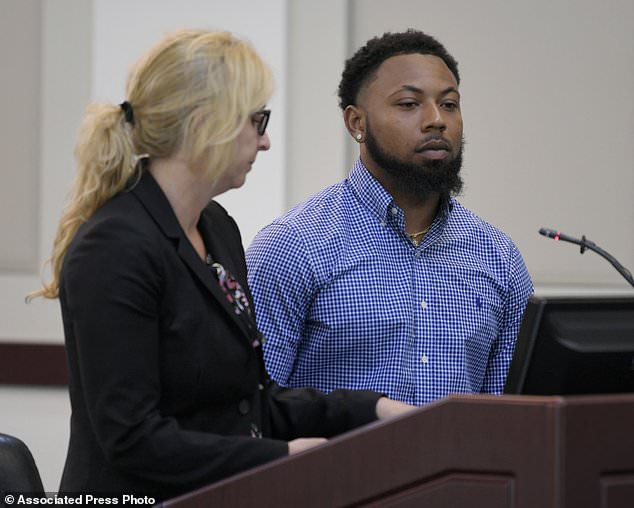 His testimony against the other players helped secure guilty verdicts in their trials. He admitted to taking one photo of the woman during the rape but testified that he did not touch her.

Photos and video recorded of the rape also helped secure multiple convictions in a case that horrified many on and off campus.

One of the players took videos of the attack on the student and shared it with friends while the rape was taking place.

McKenzie pleaded guilty to the lesser charge of facilitation of aggravated rape. 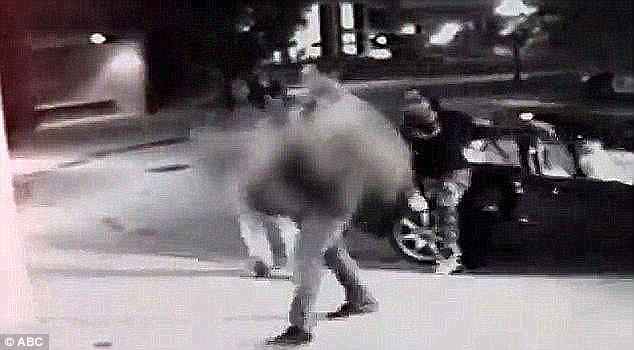 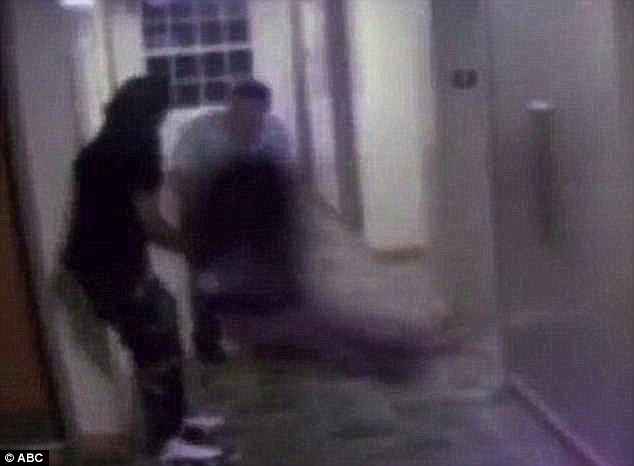 The men were shown carrying the woman’s unconscious body into the room the evening of June 23, 2013

As part of the deal, he has agreed not to publish any details about the rape.

‘The victim in this case can get some peace,’ Assistant District Attorney Jan Norman said. ‘It’s been almost five entire years, and for her to have that moment of this ending and this not being something that is talked about in the public on a regular basis, she absolutely deserves that.’

Davidson County Criminal Court Judge Monte Watkins told Mckenzie that the consequences of not obeying his probation and the conditions of the agreement would mean prison.

‘If you do not comply, then I can make you serve this time, you understand that?’ Watkins asked. McKenzie said that he did, with his mother watching from the audience, reported The Tennessean. 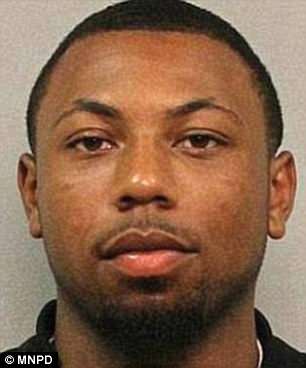 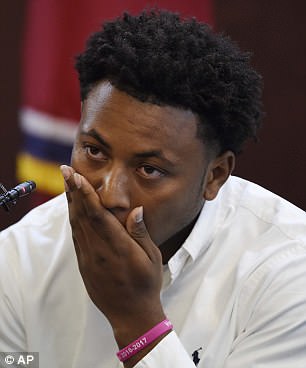 McKenzie (pictured left in his mugshot) pleaded guilty to a lesser charge of facilitation of aggravated rape. He must register as a lifetime sex offender

The victim previously testified that on June 23, 2013, she and her then-boyfriend, Vandenburg, were at Tin Roof Bar when he allegedly spiked her drink with a date rape drug, which caused her to pass out.

The incident that was captured on a hallway surveillance video showed Vandenburg carrying his sleeping girlfriend, then aged 21,  into a dorm room.

Vandenburg reportedly handed his teammates condoms before he suggested they rape her, according to prosecutors.