Police in rural Pennsylvania are looking for an Amish teenager who disappeared on Sunday after leaving church.

Lancaster County is the oldest Amish community in North America and one of the nation’s two largest Amish settlements.

She was last seen on a farm on Stumptown Road, in the community known as Bird-In-Hand, wearing a tan dress, white apron and white cape.

‘There’s no reason to believe that she wanted to leave,’ said Officer Matt Hess of the East Lampeter Township Police Department.

‘She didn’t indicate to anyone that she wanted to go take a trip, so it’s very out of character for Linda to do this.

‘So, it changed the circumstances in the sense that there was no pre-planned events or reasons for her to not come back home.’ 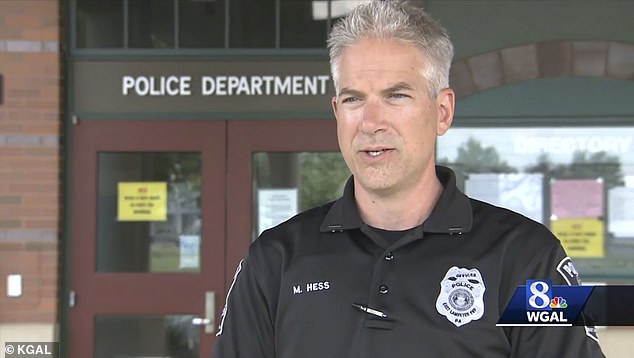 The town is known for its large Amish community, and tourists come to visit the Amish Village heritage museum.

Pennsylvania and Ohio have the highest concentration of Amish communities, with 50 Amish groups in each state.

Members of the community began searching for Stoltzfoos at 8:30am on Monday, and continued into the evening.

Hundreds of volunteers showed up to search for the missing young woman, according to a Facebook page that details search efforts and includes photos and videos from the scene.

For hours, volunteers searched through fields and streams for Stoltzfoos. 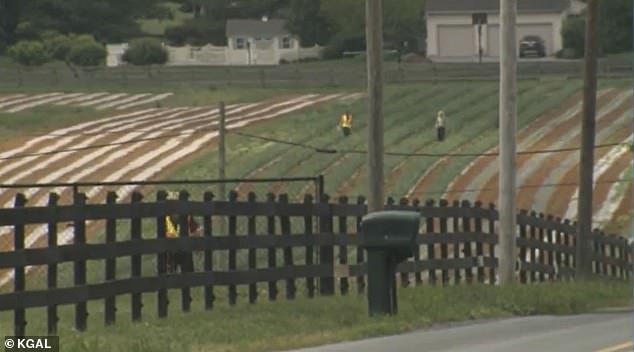 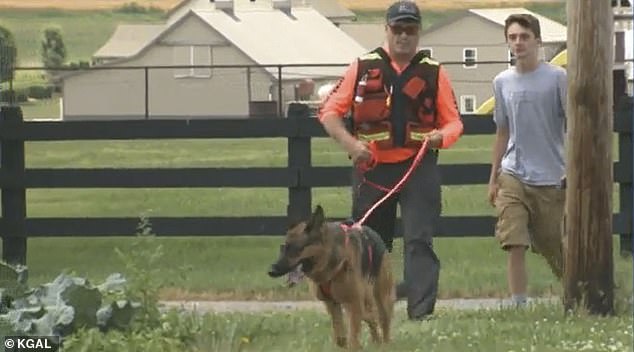 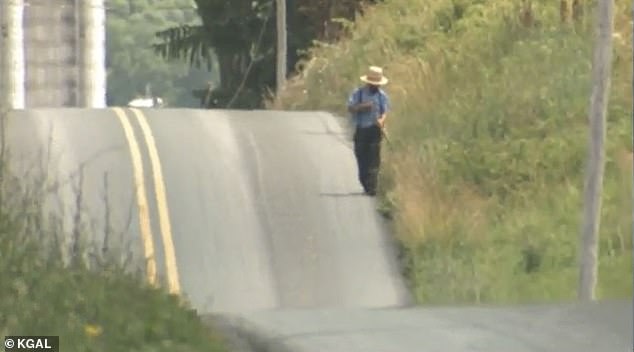 Fields, hedgerows and bushes were searched by volunteers trying to locate Linda Stoltzfoos

Roads in Upper Leacock Township were closed while authorities scoured the streets.

In the evening, 15 horses with riders were dispatched to help search for Stoltzfoos.

A vigil was hosted for her later on Monday night, and 100 people gathered for about an hour to pray, cry and sing in the open field.

The Pennsylvania Amish are known to be private people who believe that God has called them to a simple life of faith, discipline, dedication and humility.

Shunning technology, they believe that the Amish religion should be practiced, not displayed, and translated into daily living rather than focused on tangible symbols or complicated religious rituals.