They dubbed it rock-climbing’s equivalent of the Moon Landing: a uniquely perilous feat of human endeavour that required one man to boldly go where no one had previously dared venture.

You don’t have to spend too long gawping at the remarkable images of Alex Honnold’s ascent of an infamous 3,200ft granite monolith in California to understand why fellow professionals also described it as ‘incomprehensible’ and ‘insane’.

The 33-year-old American is the world’s most famous ‘free solo’ climber, and in June 2017 he became the first person to successfully scale El Capitan in Yosemite National Park — without ropes, harnesses or any protective equipment.

Dressed in a red T-shirt, tatty grey hiking trousers and wearing a pair of special climbing shoes, all he had with him was a small bag of chalk to prevent his fingers slipping. A single error would, needless to say, have resulted in tumbling to a certain death.

The record-breaking 3 hour 56 minute ascent, much of which relied on tiny cracks and hand-holds the thickness of your average HB pencil, has been chronicled in often spine-chilling detail in a National Geographic documentary called Free Solo.

Thanks in part to its breathtaking footage of his progress up the climbing world’s most famous and photogenic rock face, the film has gained huge acclaim in the U.S., where it was released last week.

Several critics have described it not only as ‘the greatest climbing movie ever made’ but also (with a nudge and a wink) as ‘gripping’.

Yet for all Honnold’s derring-do, a hefty portion of the drama being played out that day was unfolding several miles from the picturesque valley where he was dangling by gnarled fingertips.

At its centre was his girlfriend Sanni McCandless, who’d driven tearfully away from Yosemite at daybreak, fearing not only that her presence might prove to be a fatal distraction, but also that she might never again see the man she loved. 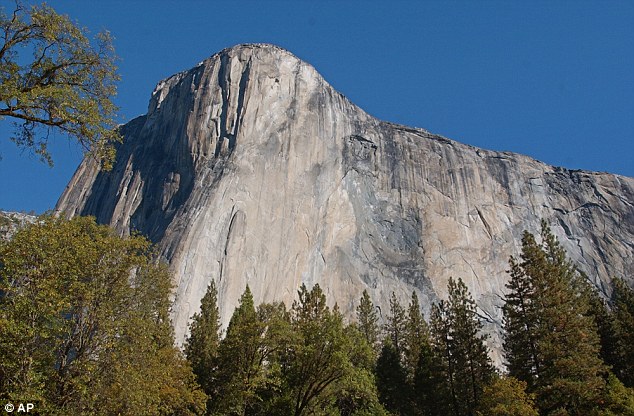 Much of the film focuses on the strain that Honnold’s project placed on their burgeoning relationship, which had begun only a few months earlier when Sanni, a novice climber, had attended a talk at a Seattle bookstore where Honnold signed copies of his autobiography.

They fell for each other and she quickly agreed to quit her job and move into what passed for the celebrity climber’s ‘home’ — a white Dodge van where he’d lived for nine years, six of which saw the vehicle semi-permanently based in a supermarket car park.

As well as supporting him as he prepared for the climb, Sanni was also required, somewhat reluctantly, to sign up as a participant in the documentary.

‘It was the beginning of our relationship,’ she said recently, ‘so I think my concern was: I wonder if this is going to put weird pressure on us as a couple.’ She soon found out, as Honnold embarked on an arduous two-month programme rehearsing his ascent, completing around 60 practice climbs with ropes.

‘That’s only counting actual ascents, where you’d start at the bottom and climb all the way to the top,’ he said this week. ‘I had many, many days where I’d hike to the top and then rappel [abseil] back down, just to work on one section.’ His climbing journal quickly becomes filled with inky notes detailing almost every manoeuvre needed to reach the summit.

Yet not every day’s climbing went entirely to plan. With Sanni at his side (at times ‘belaying’ or operating his safety ropes), Honnold twice has minor accidents and suffers injuries.

At one point he announces that he’s considering ending their relationship due to the degree to which he feels it’s affecting his ability to focus. Things come to a head when they decide to buy a home together in Nevada.

Asked whether his feelings for Sanni, the first girlfriend with whom he’s taken such a step, have altered his attitude to taking risks, he replies coldly: ‘I in no way feel obligated to maximise lifetime.’

Noting that several other famous ‘free solo’ climbers have died pursuing the sport, she responds: ‘It’s really hard for me to grasp why he wants this [El Capitan]. It’s a totally crazy goal.’

As their relationship stumbles, it emerges that several previous girlfriends have thought Honnold might have some form of personality disorder.

His love of climbing turns out to have been forged during a difficult and somewhat lonely childhood. The only son of a couple who divorced while he was a teenager, he used the sport as an escape from life at home.

He found it easier to climb without a partner — and therefore without a rope — than to find someone to accompany him.

An eccentric and at times somewhat anti-social individual, Honnold agrees in the film to undergo an MRI scan to establish whether there’s anything wrong with his brain.

While it does not uncover any abnormality, the scan detects that his amygdala — a portion of the brain that usually ‘lights up’ on a scan when someone is stressed — is almost impossible to energise.

This may, in turn, explain Honnold’s apparent ability to

function in situations that normal mortals might find impossibly terrifying.

When it comes to the climb, Honnold prepares by stashing supplies of water and energy bars along the route by bolting them to the rock face.

Meanwhile, the film-maker Jimmy Chin, himself an accomplished climber, wrestles with how to rappel thousands of feet carrying heavy camera equipment without either interfering with the climb, or getting any of his gear in shot. 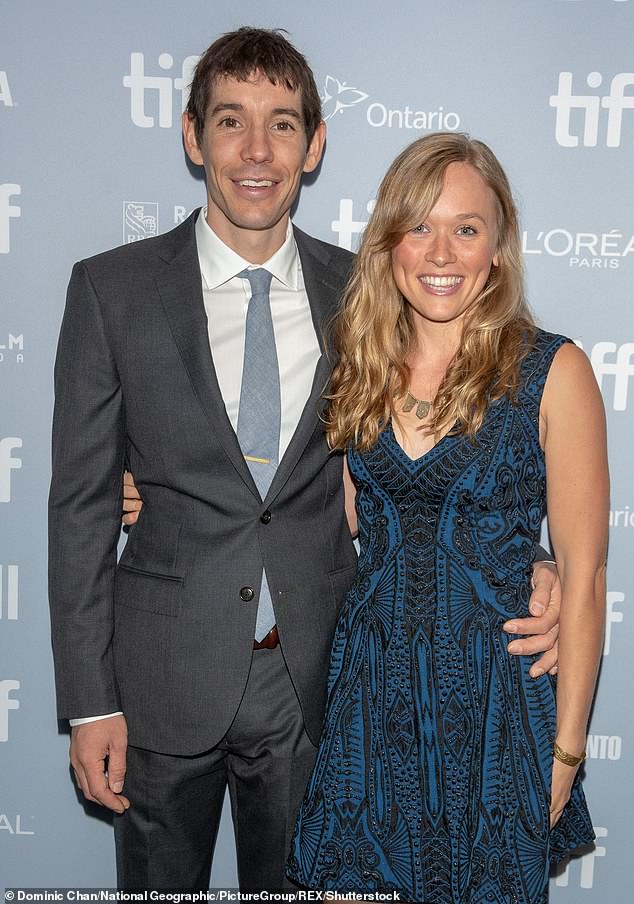 On the day itself, June 3, Honnold rolls out of bed at 5 am, eats a bowl of muesli and sets off. In the first hour, he zooms past eight other climbers on El Capitan, all of whom are sleeping on hammocks pinned to the rock-face.

Eventually, he finds himself entirely alone. The principal challenge is a section of El Capitan roughly 1,800 feet off the valley floor and known as the Boulder Problem.

It consists of a vertical wall that can only be scaled using a handful of tiny holes and ripples in the rock that are several metres apart.

‘There are about ten moves on it, and the holds are small and far apart,’ Honnold has said. ‘Only one of them is something you can pull down on.

‘When everything’s facing sideways, if your foot slips or if anything happens, you’re shooting off the rock face — no matter how hard you’re holding on.

‘It’s what makes the Boulder Problem so tough.’

The section culminates in a highly-dangerous ‘karate kick’ manoeuvre during which a climber must launch their entire body across the cliff-face from one hold to another. Should they fail to execute it properly, a fall will almost always ensue.

‘The crux of the crux involves this crazy karate kick into this corner, which requires a high degree of flexibility and precision, because you’re kicking at mid-chest height way out to the side, and once your foot’s over there you have to bring your hand over,’ Honnold has explained. ‘It’s just an outrageous sequence.’

So concerned was Honnold at his ability to execute the move that he spent one day practising Boulder Section (with ropes) no fewer than 12 times. In the event, he managed it seamlessly.

That sets the stage for a traditional Hollywood ending to the documentary. His first act, upon scampering to the summit, is to borrow a mobile telephone, call Sanni and tell her: ‘I love you.’