Departing fund manager James Anderson has called on his successors to ‘become more unreasonable and more distinctive’ as his fund recorded its highest annual shareholder return in its history.

Net asset value (NAV) at Scottish Mortgage Investment Trust fund rose 111 per cent in the year to March, surpassing even its performances after the Global Financial Crisis and the Great Depression.

The rise was also almost three times that recorded by the FTSE-All World Index, against which the fund measures its overall performance, and is more than 370 per cent up on its level five years ago and 708 per cent higher than ten years ago.

Super investor: ‘We need to remain eccentric. In fact, we need to become more so and more prepared to be radical,’ said outgoing Scottish Mortgage co-manager James Anderson

The Baillie Gifford-controlled fund said the coronavirus pandemic had ‘supercharged the prospects’ of many of its investments, which are heavily concentrated with technology stocks and food delivery firms.

Of the 30 largest holdings in its portfolio, 14 saw their total NAV returns more than double, while the top two by absolute performance, electric carmakers Tesla and NIO, saw returns of 479.1 per cent and 1,160.1 per cent, respectively.

The group sold 80 per cent of its stake in Tesla during the year for diversification purposes, but it forecasts the company will continue to prosper due to the enhancing quality and scalability of its products.

Tom Slater, the fund’s co-manager, said: ‘The head start it has on competitors leads us to believe that it could enjoy a long period of comparative advantage. If it can realise the potential of its AI capabilities and make its fleet largely autonomous, then this advantage will be greater still.’

Meanwhile, his co-manager James Anderson said the fund’s decision to back Tesla highlighted the importance of backing businesses for the long-term and not relying too heavily on their share price.

Anderson, who will step down in April next year, delivered a more candid report in his last preliminary report as head of Scottish Mortgage. 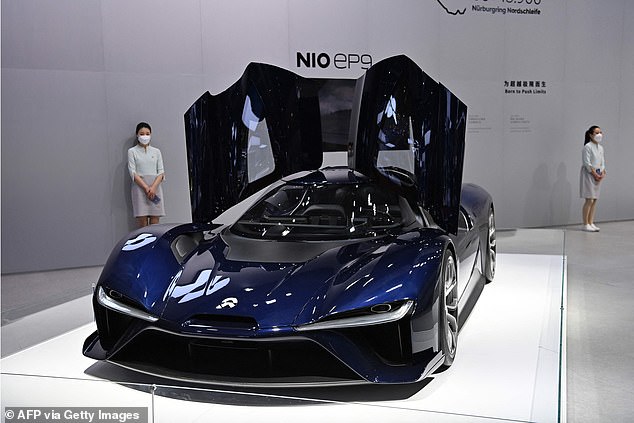 He urged successor Tom Slater and deputy manager Lawrence Burns to ‘please help Scottish Mortgage become more unreasonable and more distinctive as the pressures of the investment world continue to pull at us.’

Anderson added: ‘We need to remain eccentric. In fact, we need to become more so and more prepared to be radical,’ declaring his greatest regret during his time at Scottish Mortgage to being ‘insufficiently radical,’

Highlighting the fantastic success of another soon-to-be-departing boss Jeff Bezos, he said: ‘We need to reinvent from first principles. We need to help create great companies that embrace the extraordinary.’

Anderson will leave the trust after two decades at the helm, during which time he redirected its holdings away from the United Kingdom towards investing in potentially riskier but more rewarding global technology firms. 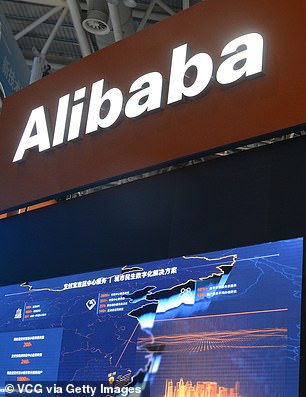 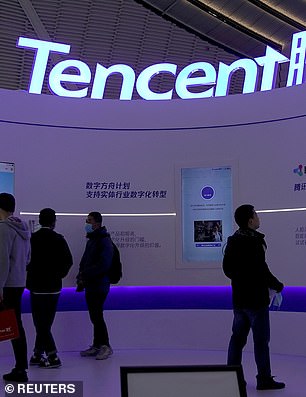 Aside from Tesla and Amazon, it has also increased its Chinese investments, with major holdings in the Chinese technology corporations Tencent and Alibaba, Meituan Dianping, the world’s largest online food delivery platform.

It also put money into Ocado, another strong pandemic performer, as well as many transport and logistics businesses in fields such as flying taxis, autonomous deliveries, and rockets.

Yet Scottish Mortgage sold its stock in Facebook and Google’s parent company Alphabet, despite their impressive growth and reduced its stock in Amazon over concern about Jeff Bezos’s intended departure.

This did not stop the online retail behemoth providing a 42.4 per cent return over the year and the investment trust is expecting the expanding use of digital technology by firms to provide further investment opportunities.

Justin Rowley, a senior independent director on the fund’s board, said: It might perhaps seem insensitive to look forward when the world remains in the grip of the pandemic.

‘Nonetheless, it is incumbent on us to be optimistic and look beyond the current crisis. If the last year has taught us anything, it is that the world is uncertain but that we can endure and businesses can flourish in the most challenging of circumstances.

‘Investment opportunities are likely to remain plentiful as companies increasingly use digital tools to revolutionise industries and build a sustainable future.’