The funerals of a mother and her two sons who died when the shop below their home exploded are taking place today.

Mary Ragoobeer, 46, and her sons Shane, 18 and Sean, 17, were among five killed in the Leicester shop blast on February 25.

Mrs Ragoobeer had moved to the two-bedroom flat above the Zakba polish grocery store in Hinckley four years before.

She lived there with her husband Jose, 58, who was at work at the time, and their youngest son Scotty, 15, who was pulled from the rubble after the devastating blaze.

The funerals of Mary Ragoobeer, 46, and her two sons Shane, 18 and Sean, 17 are taking place at Leicester Cathedral today following their deaths in a shop explosion on February 25 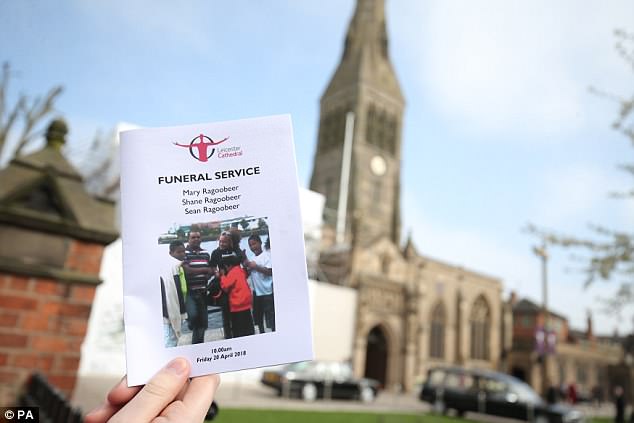 The Ragoobeers were among five killed during the blast at the polish grocery store and the flats above in Hinckley Road, Leicester. Pictured: the order of service for today’s funeral

The Ragoobeer funerals are being held at Leicester Cathedral, where city bishop the Right Reverend Martyn Snow is officiating, with the family church’s vicar Revd. David Hind, reports the Leicester Mercury.

All 600 seats inside the building were expected to be full with further mourners gathering to watch on a screen outside.

Bishop Martyn Snow began the ceremony by saying Sunday February 25 was a ‘day like any other in Leicester’ before the explosion in Hinckley Road tore apart the community.

He told the crowd: ‘Today is not a day to speculate about causes or express anger,’ the bishop tells the mourners.

‘Today is a day to remember with love the lives of three wonderful people.’ 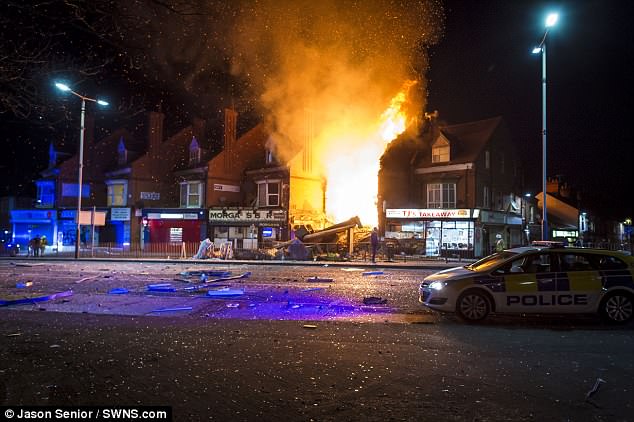 A gigantic blue light operation was launched after the explosion shot flames 50ft into the air (pictured) at 7.20pm on February 25 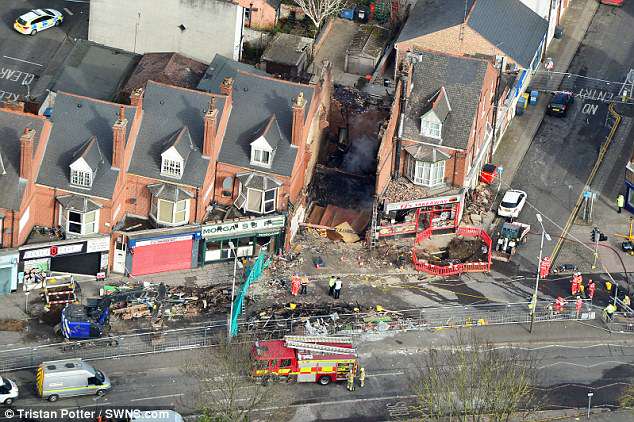 He thanked the local community for their outpouring of support in the aftermath of the blast, which also claimed the lives of Shane’s girlfriend Leah Beth Reek, 18, and shop worker Viktorija Ljevleva, 22.

Family member Shannon Ragoobeer paid tribute to the trio as she fought back tears at the front of the cathedral.

She said: ‘They are missed every day and left a footprint in so many people’s hearts.’

Ms Ragoobeer described Mary, who was known as Steph, as a wonderful mother.

‘We only had the merest glimpse into their family life, but the boys were very proud of their family, and rightly so. 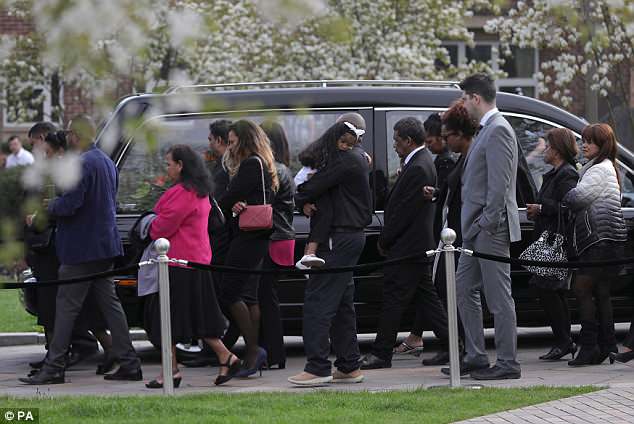 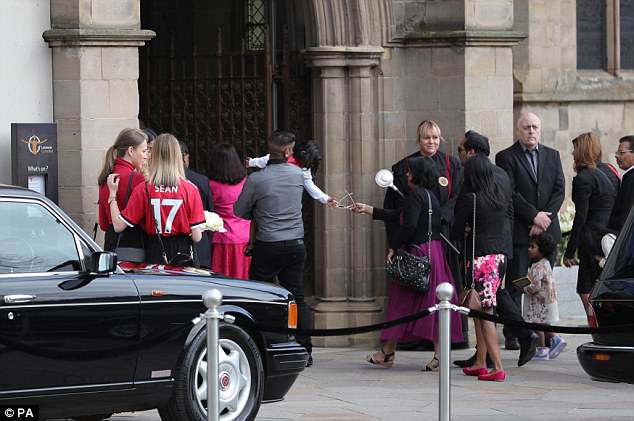 One mourner is pictured wearing a Liverpool football shirt with Sean Ragoobeer’s name on the back, in memory of him and his favourite team

‘Sean would come to parents’ evening with his arm around his mum. He told his friends his mum was not just a mum in a million, but a mum in trillion.’ 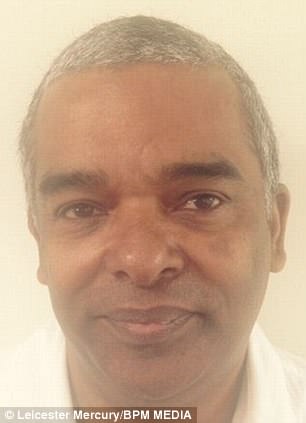 Mourners were asked to wear football shirts from Leicester City, Liverpool and Manchester United as they were the teams the family supported.

The funeral procession is expected to pass by the school after the service, where students will be lined up to pay their respects.

The hearses will then be taken to Gilroes Crematorium, where a private service will take place.

He said he wanted to express his gratitude to the community, emergency services, cathedral staff, his sons’ school and funeral directors for their support.

The 58-year-old spoke for the first time in an emotional interview with the BBC on Thursday.

He said  ‘Life is never going to be the same again. You go to bed thinking of the fire engines around the house, it never goes.’ 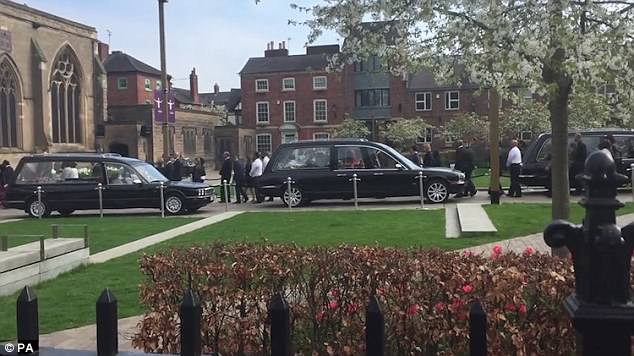 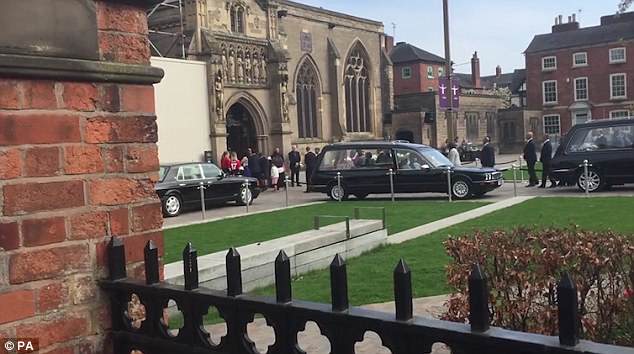 A gigantic blue light operation was launched after the explosion shot flames 50ft into the air at 7.20pm on February 25.

Passers-by tried to make their way through the rubble with their bare hands as the scale of the wreckage became clear.

Inquests into the deaths of the five victims have been opened and adjourned.

Aram Kurd, 33, Hawkar Hassan, 32, and Arkan Ali, 37, have been charged with arson and manslaughter.

They deny the charges and will appear at Leicester Crown Court in August.