Luis Hernandez-Gonzales, 46, was sentenced to five years in prison on Wednesday for making illegal bank deposits

A man who ran an indoor gardening supply store for cannabis growers stashed $22million of profits in buckets hidden above a closet in his home.

Luis Hernandez-Gonzales, 46, was sentenced to five years in prison on Wednesday for making illegal bank deposits so that he could hide his fortune from the federal government.

The decision disheartened the man’s defense lawyers who claimed that their client had just developed a stellar business strategy that required him to find alternative means to protect his money.

Banks in the area reportedly do not accept money from businesses with ties to weed.

‘He was a victim of his own success. He made so much money. So much of it was cash that he couldn’t end up putting it into the banks,’ said defense lawyer Philip Reizenstein, according to the Miami Herald. 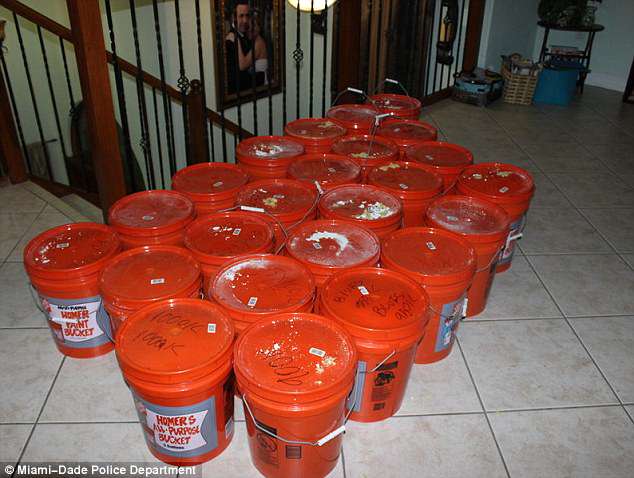 The Cuban immigrant opened Blossom Experience after legally coming to the U.S. and netted $68.1million in the span of a decade. Only $42million was used strictly for running the business 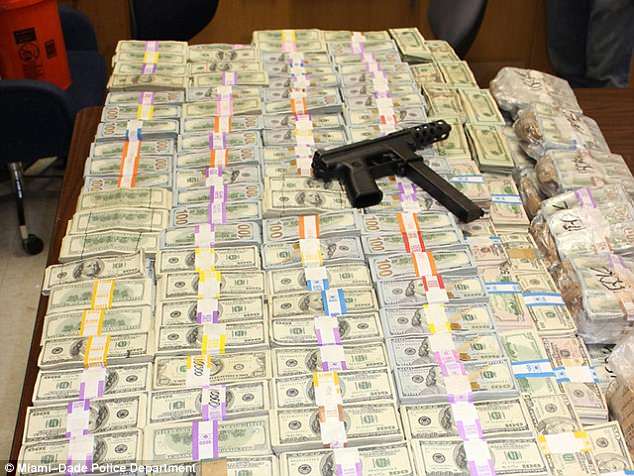 Hernandez-Gonzalez’s home in Miami Lakes was raided two years ago and it was then that authorities found the money stored in Home Depot buckets. It took them an entire day to count all the money

The hidden room – where the drugs, guns and cash were stashed – was guarded by a hallway statuette of St. Lazarus, a Catholic saint popular in Cuba, according to the Miami Herald.

While the bulk of the money was hidden in a secret compartment above a closet, an additional $600,000-plus was found inside his business.

The man pleaded guilty in February and agreed to turn over his $18million in stored cash.

Florida recently legalized cannabis for medicinal purpose, and the shifting attitudes towards the drug was what the defense hoped would help them in the case. 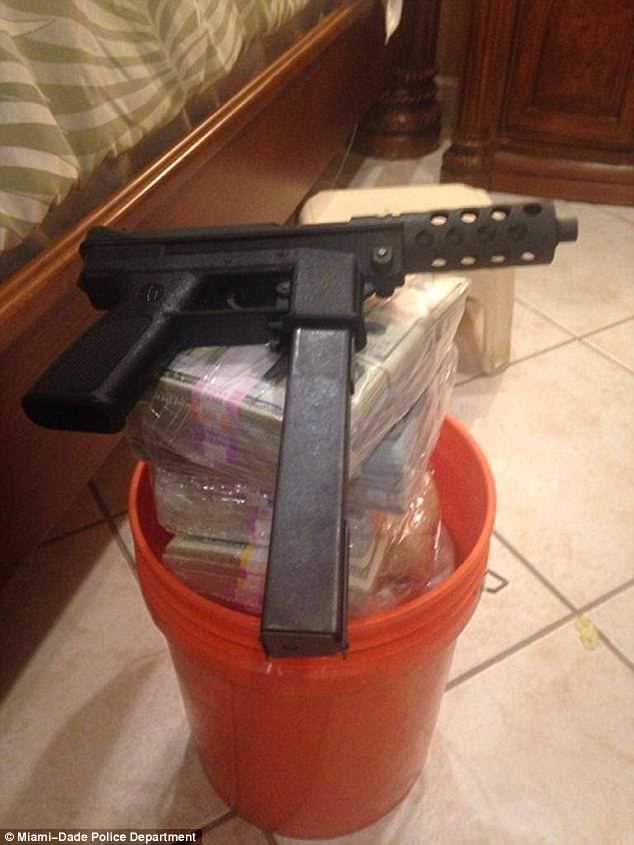 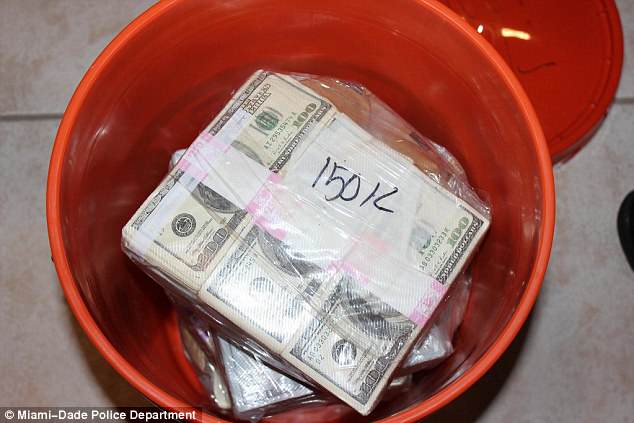 But the new Florida laws do prohibit the smoking of the herb. Additionally, Miami has a history of being a base for illegal indoor marijuana grow houses.

For Hernandez-Gonzalez defense, it was important to paint the narrative of an immigrant success story.

The man earned an electrical engineering degree in Cuba before coming to the United States in 1994. 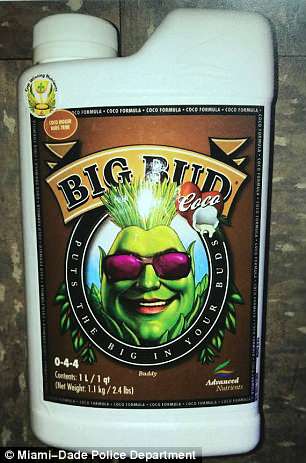 Fertilizer sold at the store. Hernandez-Gonzalez was said to have been wiretapped and found to give repeated advice for growers. He wasn’t charged for any crimes associated with cannabis however

Opening Blossom Experience, he netted $68.1million in the span of a decade. $42million was used strictly for running the business.

‘He worked six days a week. He lived in a middle-class home. He employed his family as a means of helping support them. In other words, this is not a case of a criminal living a high-flying lifestyle funded from ill-gotten gains,’ according to Reizenstein and lawyer Frank Gaviria.

His defense lawyers claimed that their client is like ‘people who sold mining equipment to the Gold Rush miners.’

‘He knew who his customers were. He wasn’t selling to abuelitas in Hialeah who were growing lettuce and tomatoes,’ Reizenstein added.

Hernandez-Gonzalez had long been a source of contention for police with local authorities trailing customers of the business.

In 2005, DEA claim that they were given a confession by the man claiming to have sold six pounds of cannabis. He wasn’t charged or convicted for the confession, however.

He was recorded, five years later, discussing how to grow cannabis by a police confidential source. Hernandez-Gonzalez was even heard offering to buy some of the man’s crop but was not charged for the conversation. 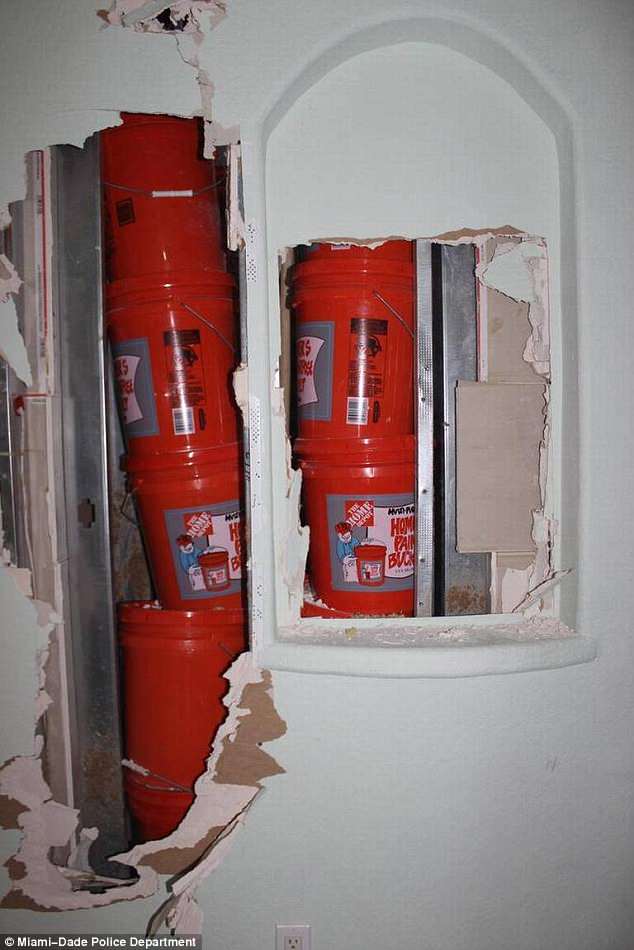 While the bulk of the money was hidden in a secret compartment above a closet, an additional $600,000-plus was found inside his business

In 2016, officials raided Hernandez-Gonzalez’s home and businesses following phone wiretaps that revealed advice he was giving to South Florida growers that were arrested by federal agents in Tennessee.

It took an entire day for the Miami-Dade police to count all the money.

Hernandez-Gonzalez was charged with state criminal court for marijuana trafficking and money laundering.

He was federally indicted following the bank deposit revelation found by the U.S. Postal Inspection Service. 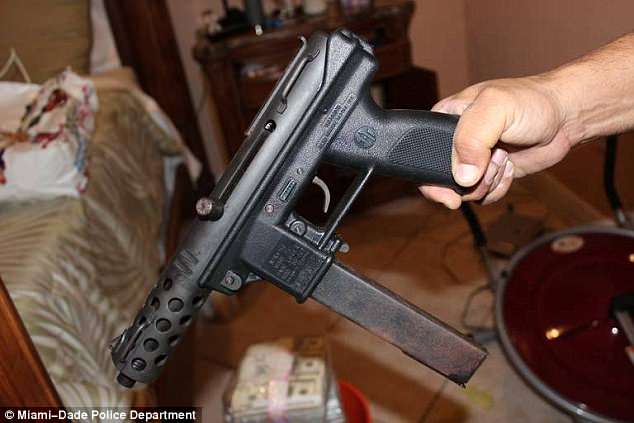 U.S. Judge Robert Scola made a point to explain that Hernandez-Gonzalez was being sentenced for crimes related to financial ones and not for cannabis

Antonio Gomez, lead inspector in Miami, claimed that Hernandez-Gonzalez used money orders issued by the post office for his deposits.

‘At the end of the day, it’s about stopping the misuse of the postal service in furtherance of illegal narcotics trafficking,’ Gomez added.

It was found that the defendant would stagger $10,000 checks into the account so that he could avoid unwanted attention by federal agencies.

‘The defendant hid the money so the government would not see how much money [he] was making by selling to marijuana growers and traffickers,’ federal prosecutor Timothy Abraham asserted.

U.S. Judge Robert Scola made a point to explain that Hernandez-Gonzalez was being sentenced for crimes related to financial ones and not for cannabis.

‘Maybe, 100 years from now, people will look back and be laughing that marijuana was illegal,’ Scola said.