England have now gone over eight hours without scoring a goal from open play and have netted just once from 63 attempts during a torrid Nations League campaign.

Given that Gareth Southgate’s team racked up 52 goals during the calendar year of 2021, this represents a dramatic and largely inexplicable decline from the prolific to the profligate.

It maybe wouldn’t matter so much if England still retained the defensive assurance that was the bedrock of their run to the final of last year’s European Championship.

The Three Lions kept 13 clean sheets from 19 fixtures last year, including in all but two of their games at the Euro finals. Defensive resilience was their fall-back, a handy insurance policy if the strikers misfired.

All of a sudden, with defeat to Italy on Friday night confirming relegation from the elite division of the Nations League and optimism plummeting two months out from the World Cup, Southgate has head-scratching decisions to make all over the pitch. 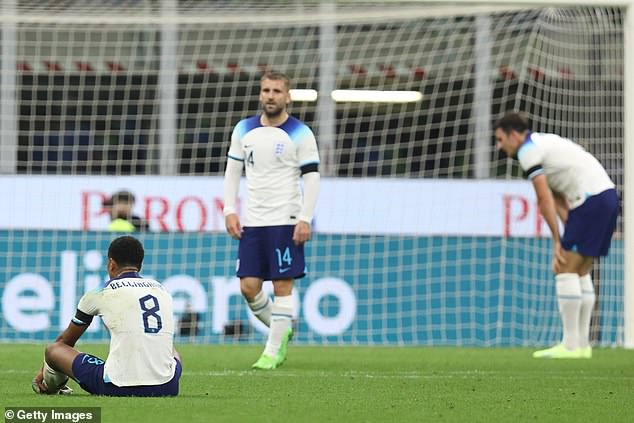 With just Monday night’s Wembley meeting with Germany to fine-tune things ahead of Qatar, Southgate still has little real idea of his strongest back line or whether to start with a back five or back four.

And some of these issues Southgate has made for himself by remaining too loyal to certain players and not being open enough to new options.

We take a closer look at the defensive problems Southgate must resolve before England begin their World Cup campaign against Iran on November 21.

DOES MAGUIRE MERIT A STARTING PLACE IF NOT PLAYING FOR MAN UNITED?

Southgate – for better or worse – is loyal to certain players within his squad who have been constants throughout his tenure and who have performed well at tournaments.

Harry Maguire most definitely falls into that category and has rarely let the national side down. He was excellent during the Euros, with his aerial dominance and ability to carry the ball out of defence a genuine asset.

However, his form has slumped since the Euro final defeat to Italy and this has resulted in him losing his Manchester United place since Erik ten Hag came in as manager. 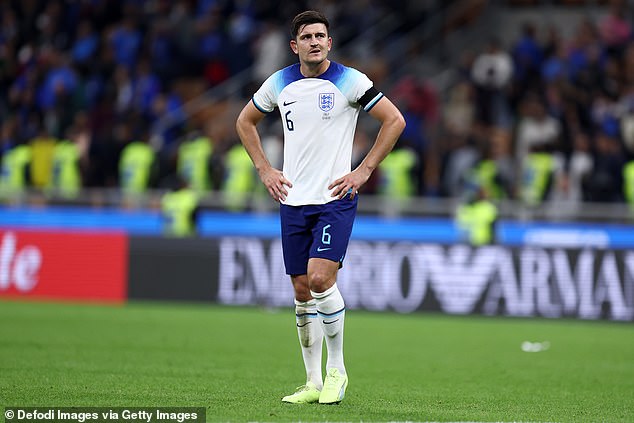 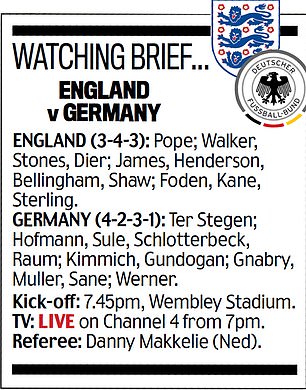 With Lisandro Martinez and Raphael Varane forming a solid partnership already, it’s unlikely Maguire will return to regular club football between now and the World Cup.

Southgate started him in the San Siro on Friday night and made the point pre-match that there is nobody better in the England fold than Maguire as it stands.

But can he really start Maguire at the World Cup if the defender isn’t playing regularly for his club?

Plenty of fans and pundits will doubt whether Maguire will be match sharp when he arrives in Qatar but if Southgate persists with a back three, then he will more than likely keep his place. 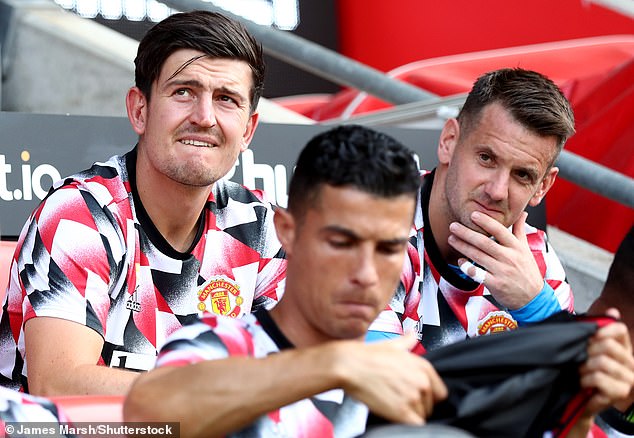 Maguire didn’t do a great deal wrong against Italy and at least he was willing to carry the ball forward and try to get a lacklustre England progressing.

He made nine ‘progressive carries’ out of the back line, gaining 107.31 metres, replicating what he did to such great effect during the Euros.

By means of comparison, Eric Dier only carried the ball forward 13 metres during the same game.

Whatever his decision on Maguire, Southgate needs to make it sooner rather than later. If he doesn’t play much for United in the next two months, dropping him to the bench at the World Cup will be an easier decision. 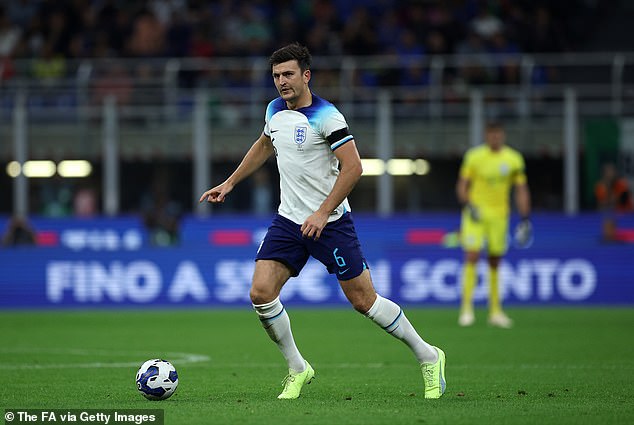 HAS DIER DONE ENOUGH TO START AT THE WORLD CUP?

Eric Dier was rewarded for a very good start to the season with Tottenham and performed solidly against Italy.

He was England’s best defender on the night, making a number of important interceptions and clearances, but that’s hardly much to shout about on a forgettable evening for the national team.

Dier will likely get another opportunity against Germany on Monday night and this time will probably be partnered with John Stones and Kyle Walker instead of Maguire and Walker. 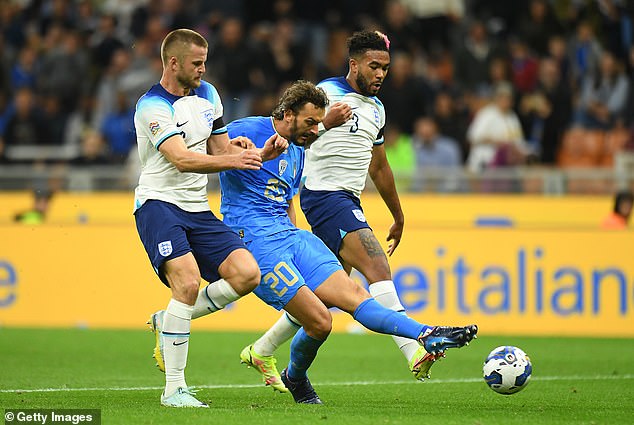 Southgate will probably stick with his 3-4-3 system for at least the group stage of the World Cup because it theoretically offers greater wide threat and added security at the back.

The manager will be tempted to stick with the Stones-Maguire combination so good at the last tournament but Dier offers a good alternative and is in the best form.

Having reintegrated to the England side, Dier can further push for a World Cup starting berth with good displays for Spurs over the next few weeks. 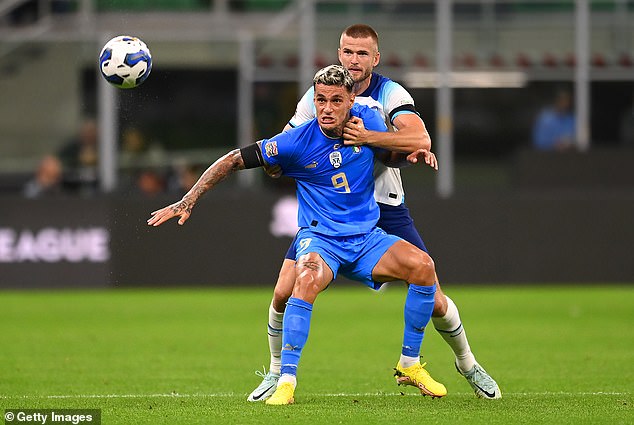 On Friday, he registered 69 passes and 89 touches – more than anyone else on the field – and was always in a position to receive the ball whenever England were forced back, which was depressingly often.

Dier is also well-accustomed to the wing-back system given it’s how Antonio Conte lines things up at Spurs and the long diagonal balls he attempted could be a useful weapon if Harry Kane reads them.

When Southgate plays a back four, he’ll still go with Maguire and Stones because that’s the pairing he trusts the most. But a back three should include the composed Dier. 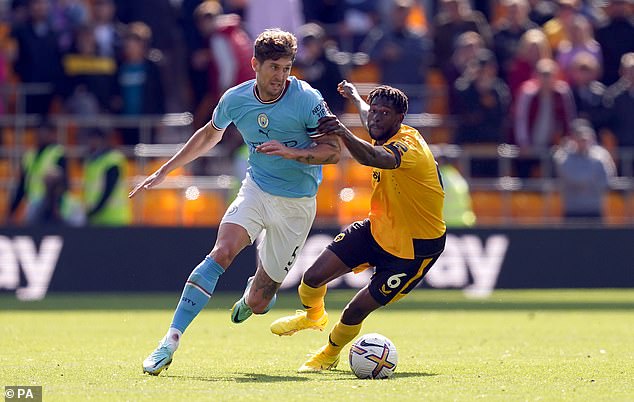 SAKA SHOULD NOT BE PLAYING LEFT WING-BACK

It was a quiet night in the San Siro for Bukayo Saka. The Arsenal man struggled to beat opponents and wasn’t able to fulfil his defensive duties playing in the demanding left wing-back role.

He was mocked in the Italian press the following day, with one writer describing him as a ‘phantom’ on the pitch – and not in the sense of being elusive.

But none of this is Saka’s fault. The 21-year-old is completely wasted in this unfamiliar role so far removed from his normal right wing position for his club and Southgate’s odd experiment with him has to stop now. 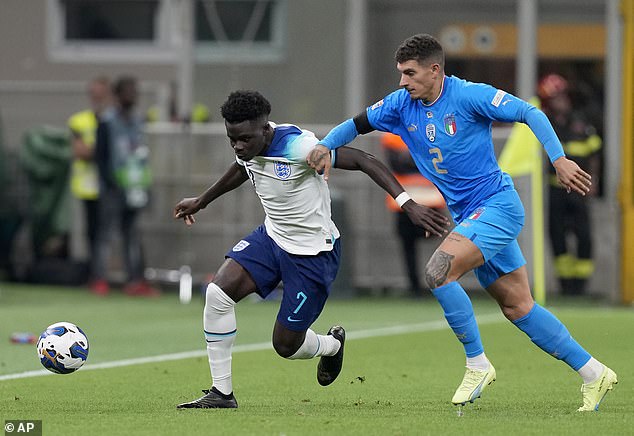 Saka also played at left wing-back in the home and away losses to Hungary earlier in the Nations League campaign and struggled to have his usual impact.

It doesn’t say much for Southgate’s faith in Luke Shaw that Saka got the nod ahead of him on the left side. Saka was eventually taken off with just under 20 minutes to play, with Shaw taking up his position.

Saka is clearly an exciting talent who has so much to offer England but Southgate seems desperate to shoehorn him into the side wherever he can fit him in.

At this stage, surely it’s better to have a proper left-sided player there and use Saka off the bench as an impact sub? 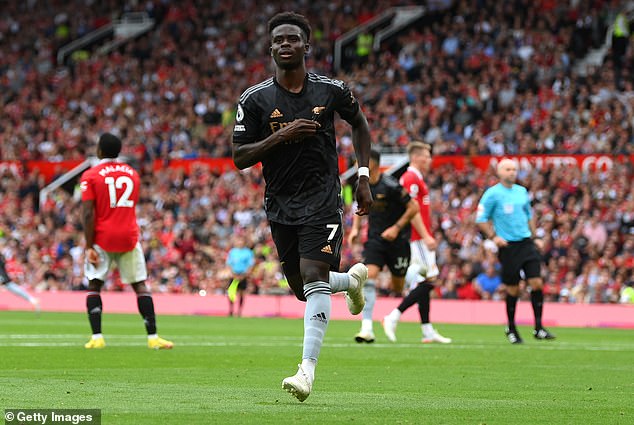 SO WILL IT BE TRIPPIER THAT ENDS UP THERE?

He didn’t get off the bench in Milan but Kieran Trippier could well end up being England’s man on the left side of defence during the World Cup.

With Shaw no longer a regular starter for Man United and Ben Chilwell in a similar position at Chelsea, Southgate could well station Trippier there in Qatar.

Of course, Trippier is a right-back and plays there for Newcastle but he is versatile and played on the left in the Nations League games against Germany and Italy in June. 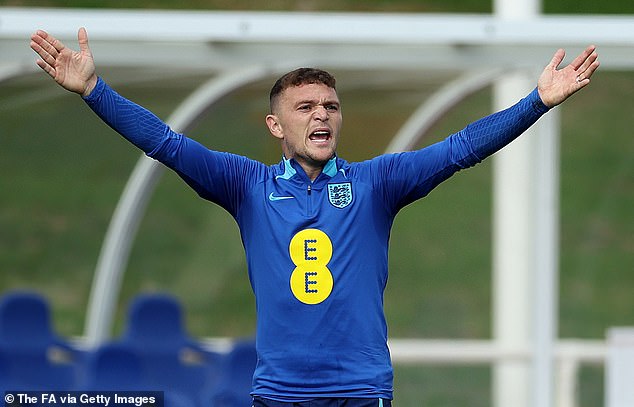 He does also offer a potent free-kick threat, which was distinctly lacking on Friday night, not least when Reece James sent one 25 yards out into orbit early in the second-half.

Trippier should also be able to offer superior defensive cover and more dangerous crossing than Saka in the same position, and could also revert easily to a back four.

The Newcastle man is enjoying a good season and could well have moved top of the left side pecking order even without playing against Italy. 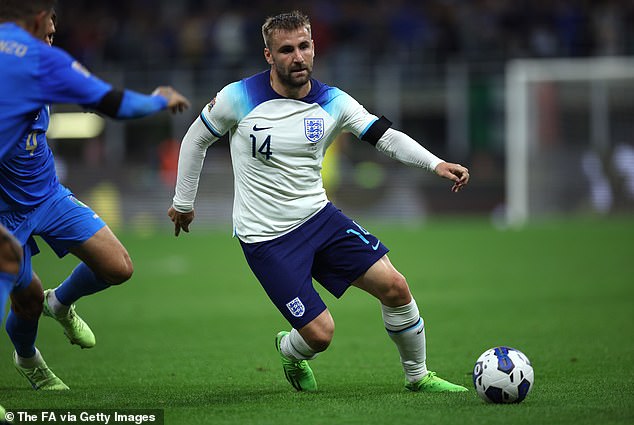 The news that Trent Alexander-Arnold has been left out for the Germany game may have raised a few eyebrows but really isn’t much of a surprise.

His England career has been stop-start and this is the clearest signal yet that Southgate isn’t going to use him as a starting right-back at the World Cup.

Every time it has looked like the Liverpool man, so influential for his club, is about to make an England breakthrough, he gets unlucky with an injury or ends up back on the bench. 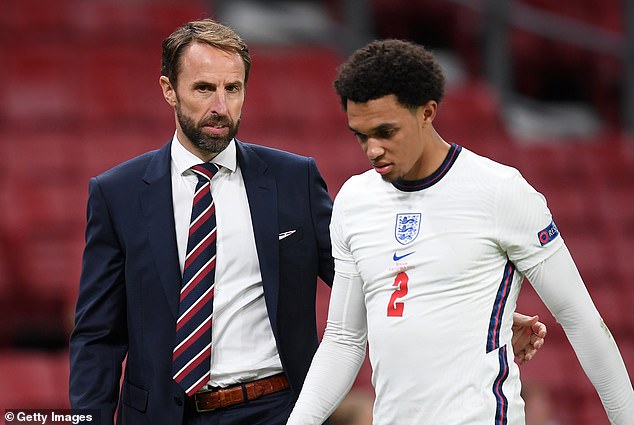 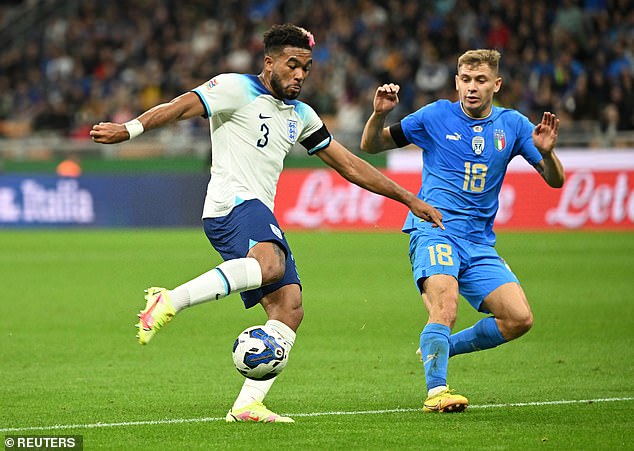 That was the case on Friday night as Chelsea’s Reece James gave a decent enough account of himself in the right wing-back position.

James has now started England’s last three Nations League games as Southgate’s thinking has shifted away from Alexander-Arnold or Walker on the right towards the Chelsea man.

Alexander-Arnold hasn’t started the season too well with Liverpool and now it’s not even certain he’ll make the World Cup squad, although surely Southgate will find space in the 26.

The Liverpool man has already achieved lots in the club game, and will no doubt return to top form sooner rather than later, but looks set to be one of those players for whom it didn’t quite work out internationally.