A doctor claims children as young as six are too afraid of using the terms ‘boy’ and ‘girl’ because they might offend someone.

Queensland doctor Thomas Lyons was conducting an eyesight test with six children when he said he made the discovery.

He showed the children drawings of animals and people and asked them what they saw.

Dr Lyons said four of the children refused to use the terms ‘boy’ and ‘girl’ while all six of them became stressed, Courier Mail reported.

‘These children, without the knowledge or permission of the principal and parents, had been taught by teachers that the words ‘boy’ and ‘girl’ had some kind of bad magic and to utter them would somehow harm people,’ he said.

‘Watching a six-year-old have a panic attack over use of gender identifying language is disturbing.’

Dr Lyon’s observation comes as the debate about the use of gender neutral language continues to grow in the workforce.

The Australian National University in Canberra divided public opinion after it was revealed the university had told its staff to stop using the term ‘mother’ and instead say ‘gestational parent’.

They were also told to say ‘non-birthing parent’ when referring to a ‘father’ and use ‘chestfeeding’ instead of ‘breastfeeding’. 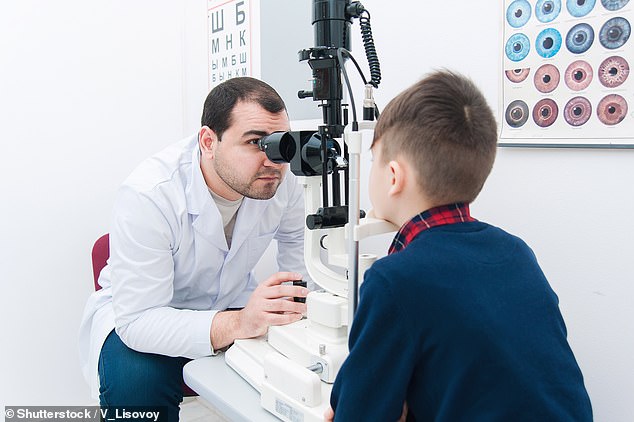 Dr Lyons has joined in on the debate calling peddlers of gender neutral language ‘fascists’.

Parents of transgender children have also said they are not supportive of gender-neutral parenting because it puts too much pressure on their kids.

One mother said her transgender daughter tried to cut off her own penis at the age of four to prove to other children she was not a boy.

‘Most children are happy in who they are and to raise them in a world without the word ‘boy’ or ‘girl’ and letting them decide for themselves is putting undue pressure on young minds,’ she told the Courier Mail.

Maternity consumer advocates have even said getting rid of terms like ‘mother’ and ‘breastfeeding’ is a form of misogyny because it takes away from experiences directly felt by women.