Geoffrey Edelsten, 75, and Gabi Grecko, 29, set to reunite in Melbourne

They tied the knot at an Asian registry office in 2015 before splitting up just five months later.

But on-and-off couple Geoffrey Edelsten, 75, and Gabi Grecko, 29, have revealed they’re officially back together.

Melbourne medical entrepreneur Geoffrey and New York-based ex-prostitute Gabi will reunite Down Under in November and he says this time it’s ‘forever’.

‘This time it’s forever!’ Geoffrey Edelsten, 75, and Gabi Grecko, 29, are set to reunite and renew their vows… years after finding love on a sugar daddy website

‘It is only her career that is keeping her in New York City, and as soon as the end of November, when she will have finished her latest music video, she will come back to Melbourne,’ he told news.com.au on Monday.

Aspiring rapper Gabi will need to get used to all the public attention when she moves back to Australia, as Geoffrey claims he can barely leave the house without getting mobbed by fans. 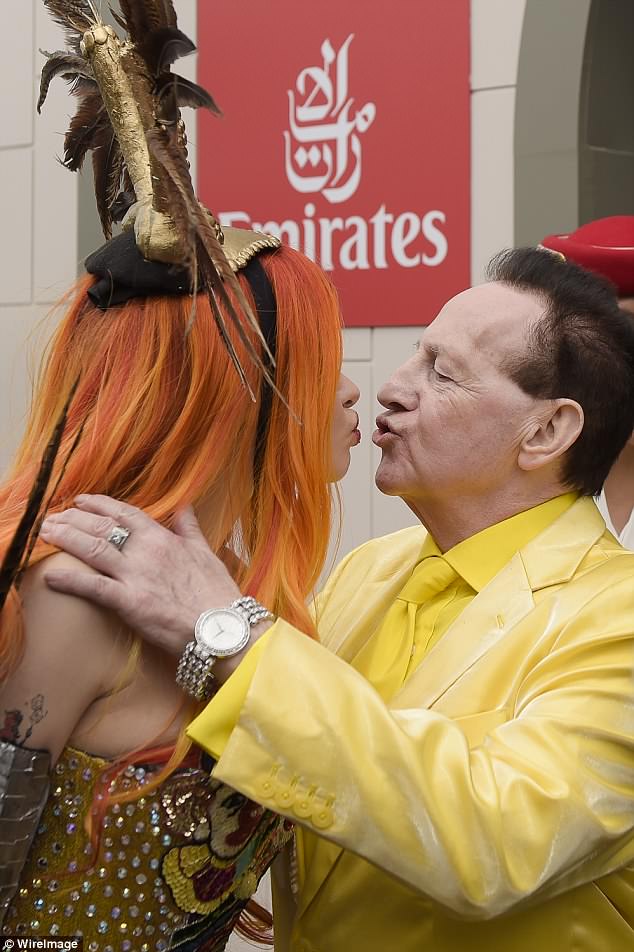 True love: Geoffrey is currently recovering from an operation and Gabi is still based in New York, so the pair have yet to see each other in person since reconciling 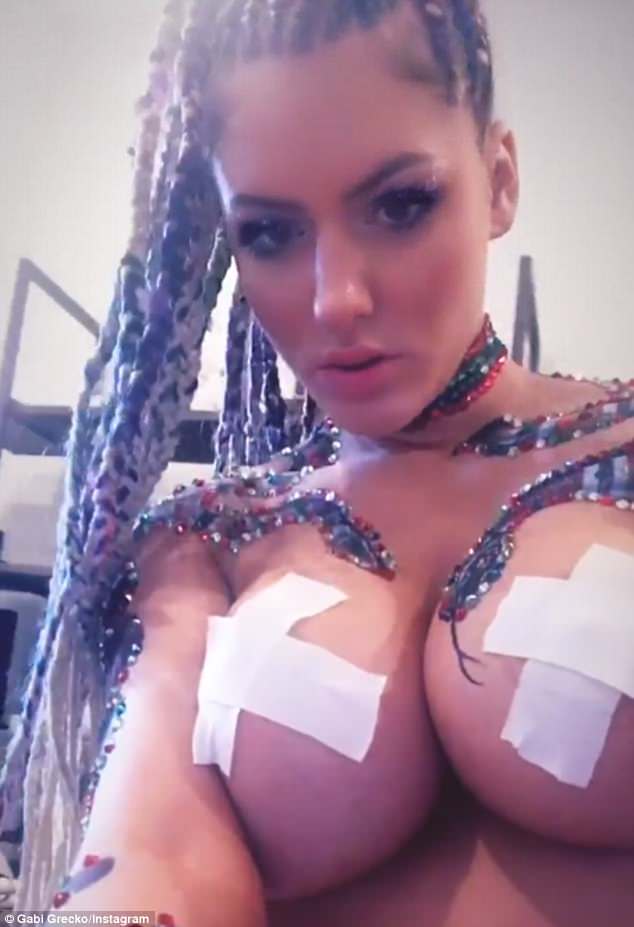 Who needs clothes? The former prostitute is seen here sporting sticky tape on her nipples to protect her modesty from prying eyes on Instagram

‘People are still interested in what we are doing,’ he said. ‘I am surprised — I can’t go down the street in Melbourne without people wanting selfies.’

Former sex worker Gabi is converting to Judaism so she can renew her vows with her much older husband Geoffrey, in a Jewish synagogue.

To keep their long-distance love alive, Gabi once told Sydney Morning Herald that they have been ‘sexting’ each other. 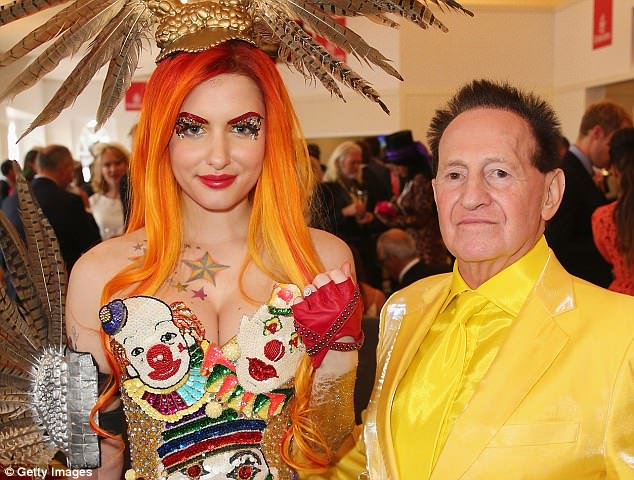 Converting: Gabi is currently in the process of converting to Judaism so she can renew her vows with husband Geoffrey Edelsten in a Jewish synagogue. The couple first wed in an Asian registry office in Melbourne back in 2015 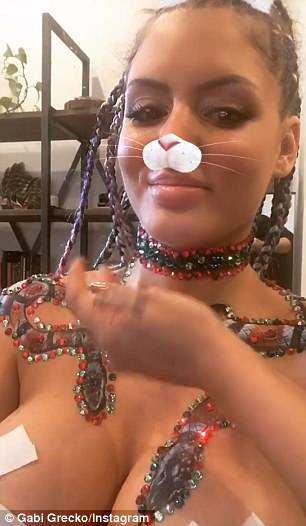 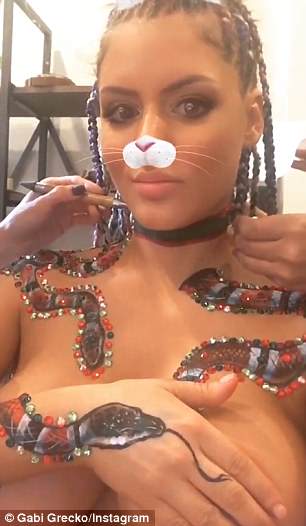 That’s quite a handful! She struggled to hide her assets behind her slender arm

Geoffrey has also been receiving help in the love department by taking a new erectile dysfunction tablet that he developed.

In 2016, Gabi made headlines after she claimed she was paid to accompany two NYPD officers at the centre of a corruption probe on a lavish alcohol and sex romp to Las Vegas in 2013.

The busty socialite told the New York Post at the time that she was paid to join the since-fired Deputy Inspector James Grant and Detective Michael Milici on a private jet to Sin City. 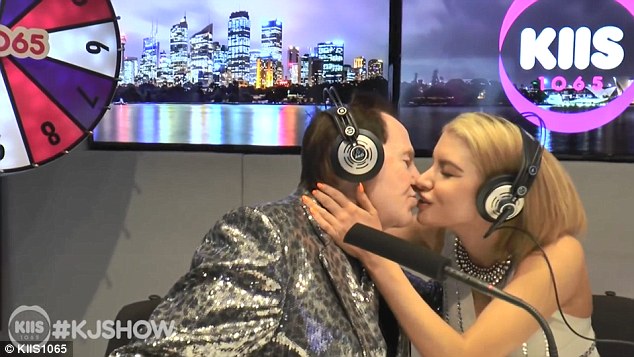 Feeling frisky! The couple couldn’t keep their hands off each other during an appearance on the Kyle and Jackie O show in 2014

Gabi famously met Geoffrey on a sugar daddy website when she was 25. 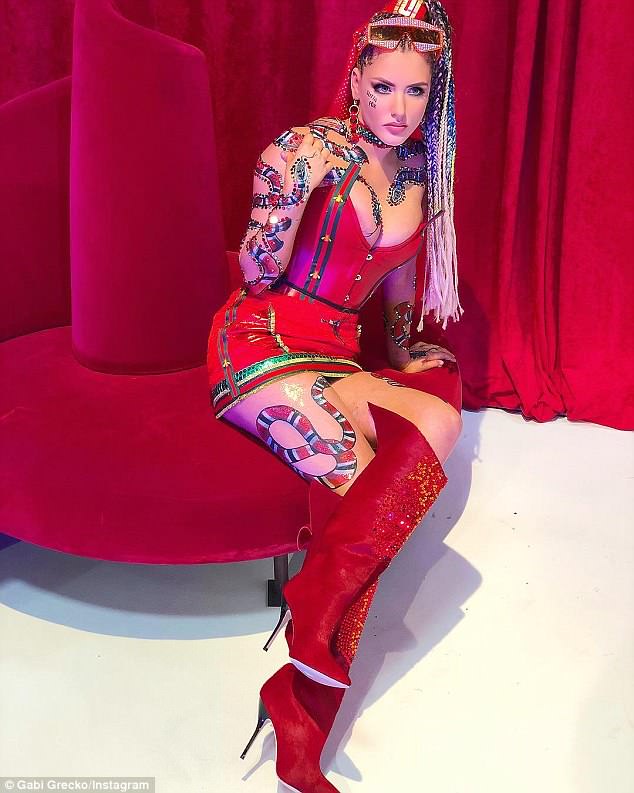 Christmas came early! The scantily-clad star later posed in a racy, Gucci-themed ensemble that she partially designed herself