She has been linked to Gary Lineker’s son George for over a month.

But Georgia Toffolo has confirmed she’s ‘happily single’, saying dating is off the cards because she’s worried about being ‘pre-judged’ before she’s met a new suitor.

The 21-year-old, whose popularity won her the I’m A Celebrity crown in December, was seen on a solo errands run on Wednesday, after saying ‘a little company wouldn’t go amiss’.

Flying solo: Georgia Toffolo has opened up about her dating life, saying she’s happily single, just as she was seen flying solo on errands in London on Wednesday

‘I worry now that before going on a date that I’ve already been pre-judged before they’ve even met me,’ Georgia told The Sun Online on Tuesday.

‘I’m very fortunate with what I’ve got in the diary at the moment, but there are massive drawbacks. When I walk down the street people shout from their cars and their vans.

‘So at the moment I’m still single and very happy and not looking for anyone at the moment. But a bit of Sunday night company wouldn’t go amiss, but I’ve got my grandparents down the road so its fine.’ 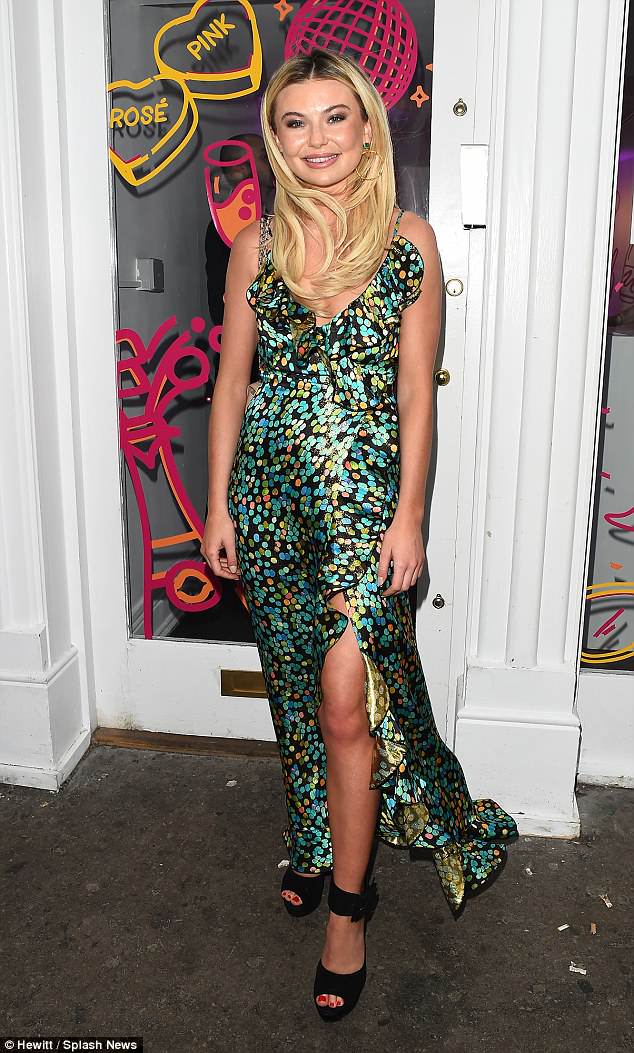 Too famous? Georgia said that people have pre-conceived ideas about her when she meets them on dates 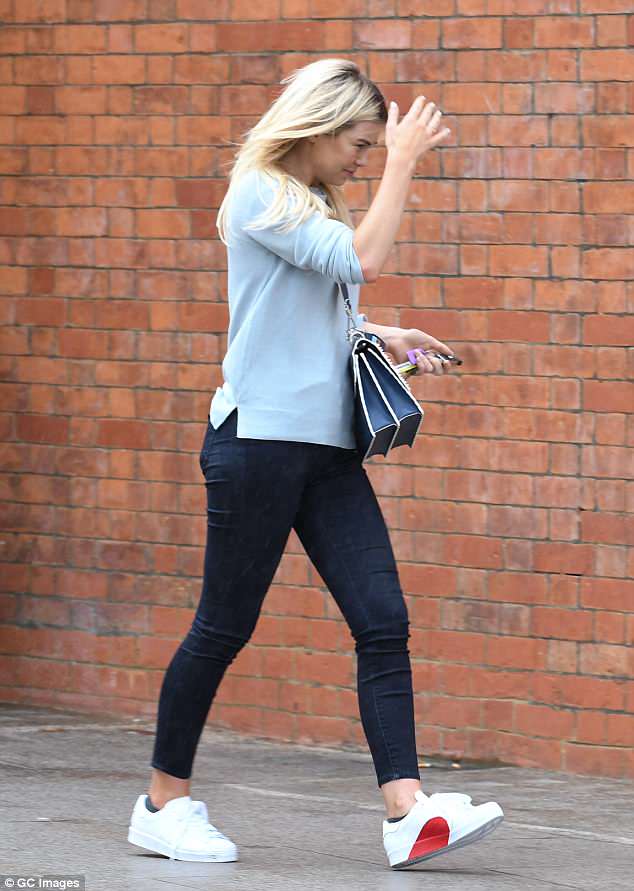 Watch out for the rain! The bombshell was spotted leaving Harry’s Pizza restaurant in Knightsbridge 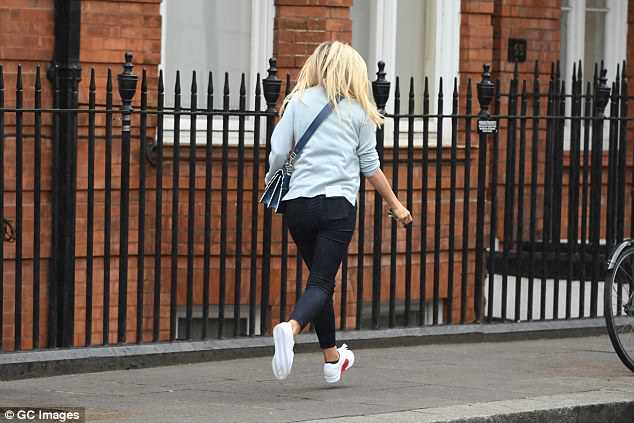 Ironically, the last person Georgia was romantically linked to has been a friend for many years – and is also in the public spotlight himself.

Georgia and George were linked at the start of April, after a group picture appeared to show them getting cosy among friends.

The reality star is seen sitting on George’s knee with an arm wrapped around the celebrity off-spring’s neck while friends including Lottie Moss and Emily Blackwell hang out together at a bar.

At the time, neither George nor Georgia commented on the romantic claims, and Toff’s latest comments indicate that she’s still on the look out for love. 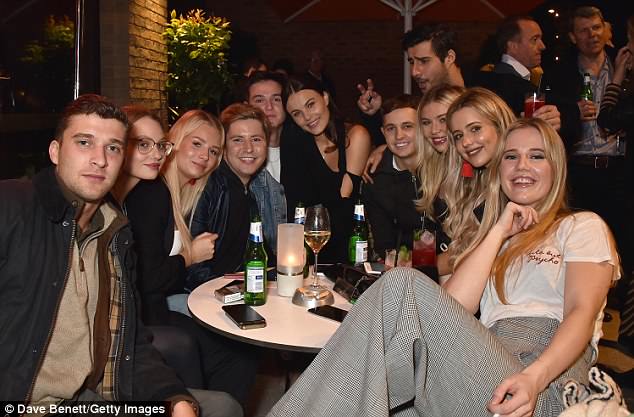 Snap happy: Georgia was pictured sitting on George’s knee for a photo at a bar earlier this month as she put her arm around him 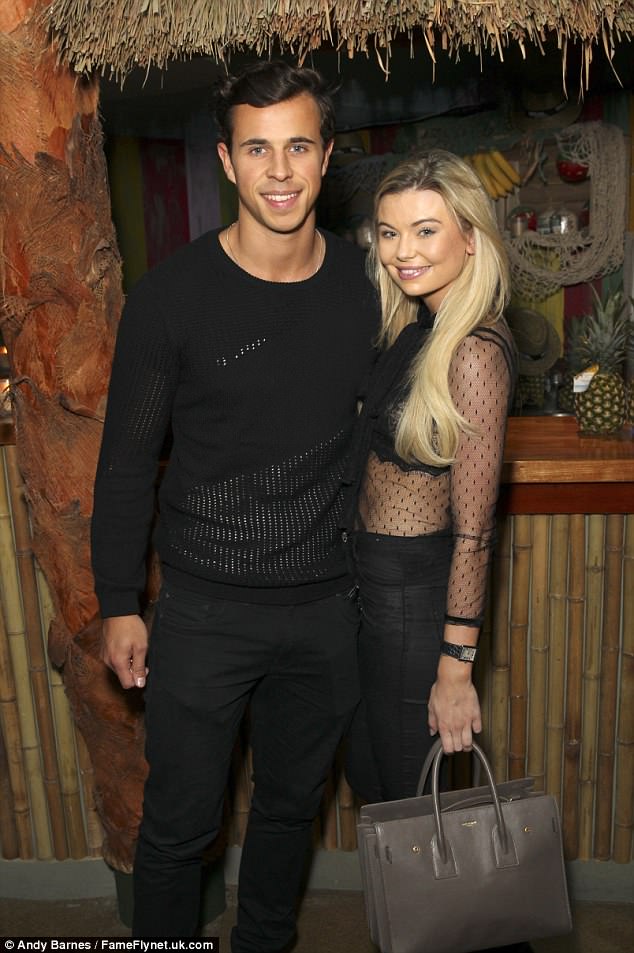 Laughing along: Georgia’s ‘celeb lifestyle’ was recently blamed for her split with James Middleton (pictured together in 2016)

Fame has previously stood in the way of the Made In Chelsea star’s romantic relationships.

In February, Georgia’s ex-boyfriend James Middleton blamed their split on her ‘celeb lifestyle’.

‘I knew when she won [the jungle], it was over. I wanted her to have the chance to do her own thing and that’s what I am doing now. We have both gone in our different directions.

‘And it was one of those things. Wanting to have normal time together.’ 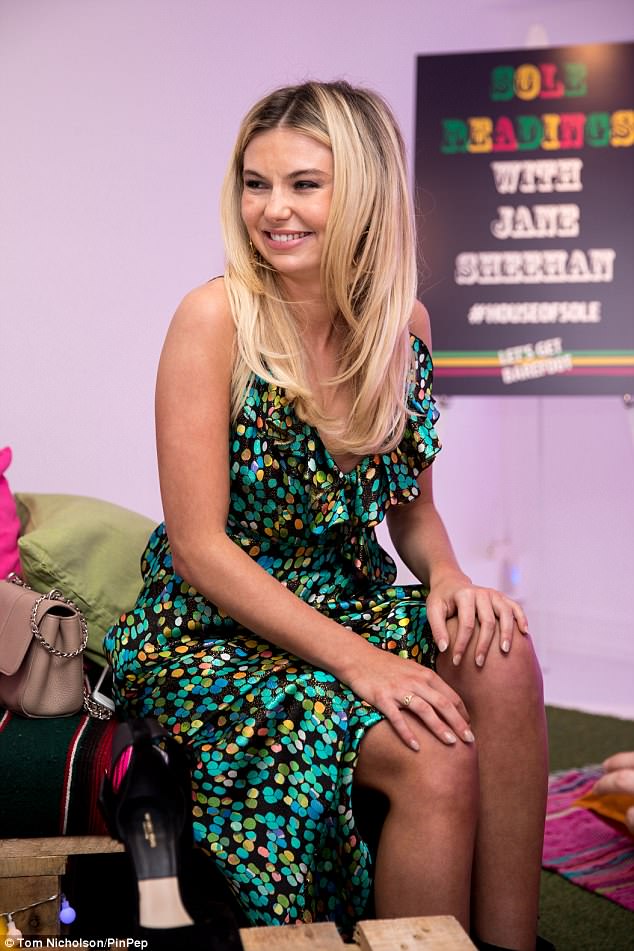 Laughing along: Georgia’s ex said he wished her well but ‘knew’ the relationship was over when she won the I’m A Celebrity jungle 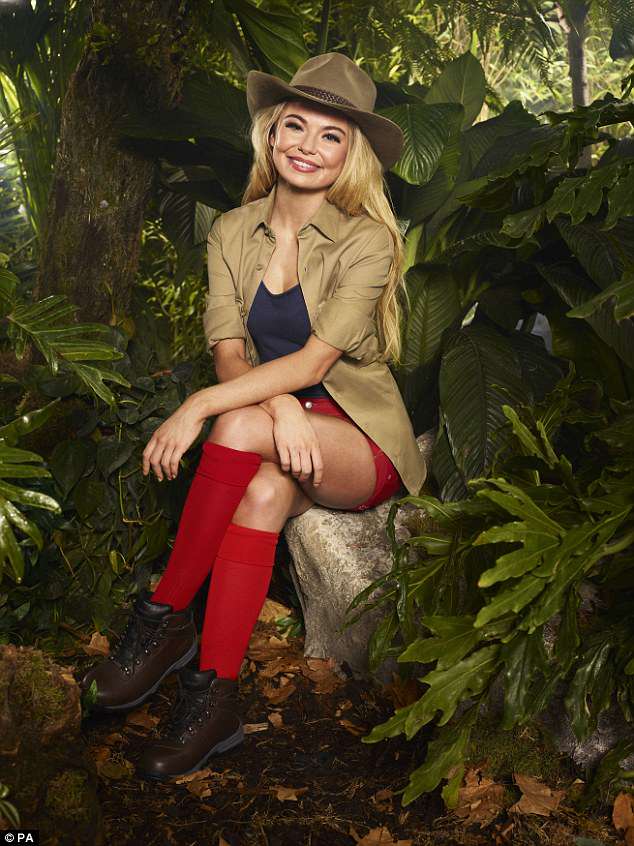 Winner, winner: Georgia has been catapulted to new levels of fame since I’m A Celeb