German police have admitted to losing almost all the incriminating digital evidence against two paedophiles accused of sexually assaulting least 31 children as young as four,  allegedly raping their victims more than 1,000 times.

Main suspect Andreas V., 56, and his campsite neighbour Mario S., 33, allegedly sexually assaulted dozens of children at a rundown caravan park in Luegde, a town in the western German state of North Rhine-Westphalia.

The case has shocked Germany, but despite the extremely serious allegations, police are now saying that almost all the incriminating digital evidence has gone missing – and that they apparently forgot to make backups.

Main suspect:  Andreas V., 56, pictured with his seven-year-old foster daughter whom he also allegedly raped, is accused of sexually assaulting dozens of children at his rundown campsite 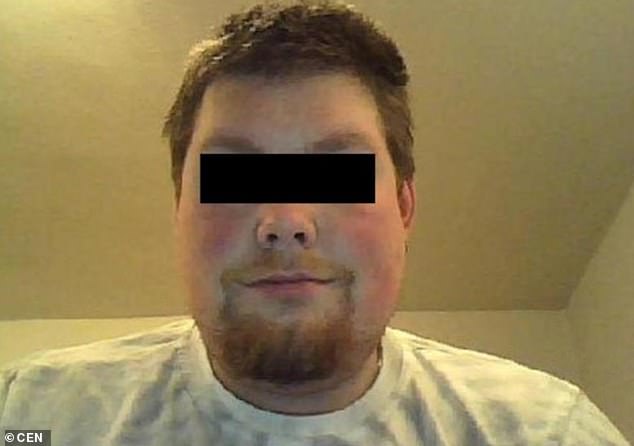 Mario S., 33, also allegedly took part in the shocking sexual abuse – however much of the digital evidence has now gone missing

The discovery of the massive abuse case has shocked Germany and left the public, as well as prosecutors, wondering how it could have dragged on for so many years without the authorities doing anything to stop it.

To the further shock of Germans, the authorities have now announced that a suitcase containing 155 critical pieces of evidence which have not yet been reviewed has gone missing.

The suitcase reportedly contained 155 CDs and DVDs from Andreas V.’s trailer which have gone missing from the police station in the Lippe district.

Only three of the 155 data carriers with a total of 0.7 terabyte of data on it have so far been reviewed.

Interior Minister of the German state of North Rhine-Westphalia Herbert Reul said that ‘also in the analysis it came to serious technical errors’ as cops forgot to make copies of all the data carriers which is a normal procedure if such evidence is received. 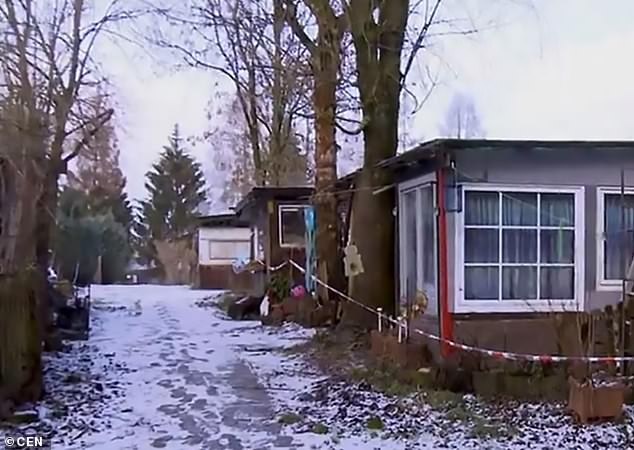 Eichwald caravan park in Luegde, in the western German state of North Rhine-Westphalia, where the alleged abuse took place 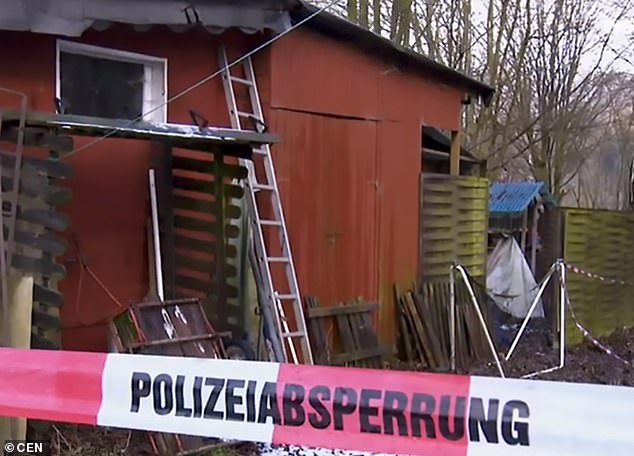 Andreas V. and Mario S. allegedly carried out more than 1,000 rapes of 29 children at the campsite 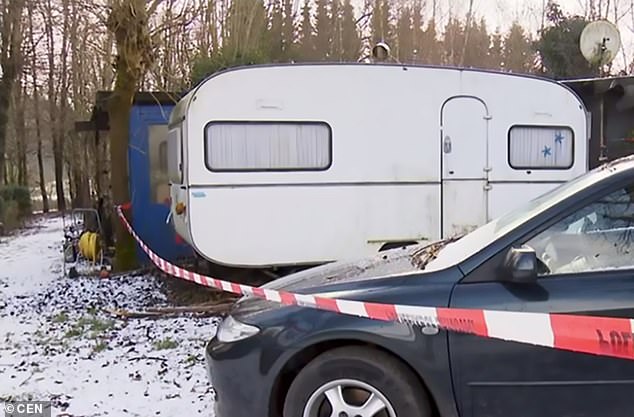 According to the public prosecutor’s office, Andreas V. is accused of raping 29 children more than 1,000 times since 2008, despite the fact that police and youth welfare authorities received several warnings about his behaviour

To investigate the loss, Mr Reul has ordered a special unit of four officers to look into the missing evidence.

He said: ‘All this leaves me stunned. It’s a disaster. It’s a failure of the police. Such mistakes must never happen. To the victims and their families I can only say that I am so sorry. I again apologise for it.’

The disappearance of the data was only noticed on 30th January and the discs were last seen on 20th December.

According to Mr Reul, who was only informed about the missing data last Monday, the room in which the evidence was stored was not as secure as it should have been.

Mr Reul said that he ‘does not exclude anything’ when asked if the evidence might have been stolen on purpose or if it has simply been lost.

According to police sources, the number of young victims identified in the case now stands at 31 – 27 girls and four boys aged between four and 13 years old – and the number of suspected rapes runs well over 1,000.

The rapes were allegedly filmed by the perpetrators and broadcast over the darknet.

According to the public prosecutor’s office, Mario S. is seen abusing children in some of the horrific videos he created with Andreas V.

Andreas V. is suspected of not only raping his foster daughter, but also using her as bait to lure other children to his run-down holiday home.

Just like the 56-year-old suspect, Mario S. was jobless and still lived at home with his parents.

According to investigators, Mario S. allegedly raped dozens of children and filmed the despicable scenes, uploading them to the darknet when he had finished. 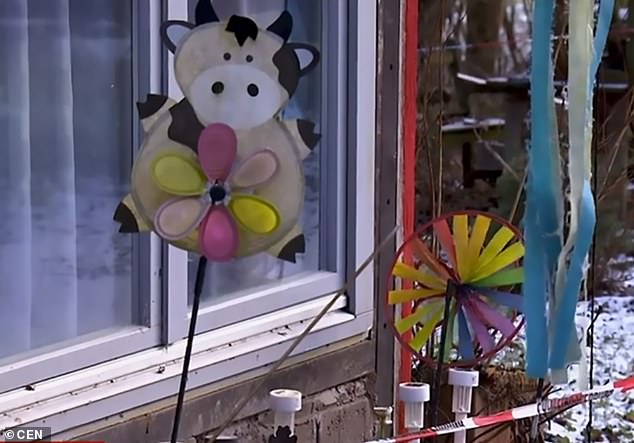 Even though the Hamelin youth office criticised the dire living conditions at the caravan park, they found that otherwise ‘everything was alright’ 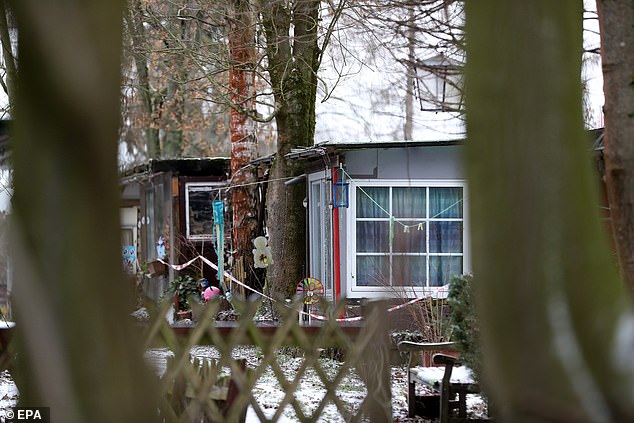 Andreas V, 56, was arrested at this campsite in eastern Germany in December and accused of abusing around 29 children here over the last 10 years 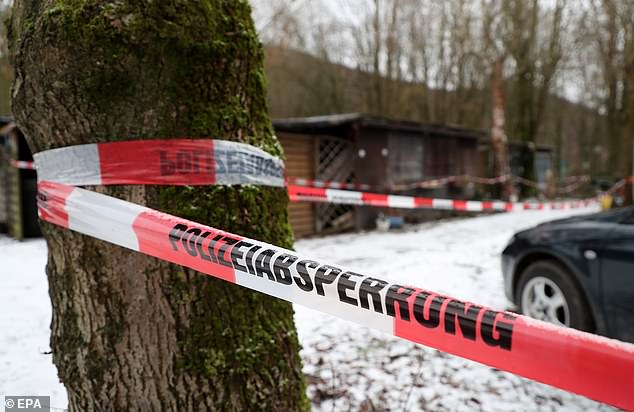 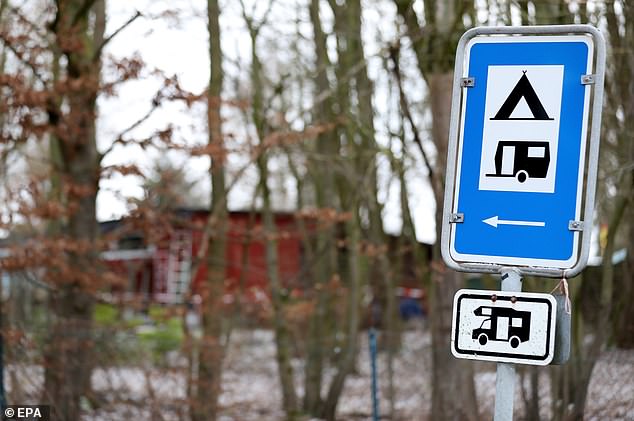 Andreas was accused of being ‘overly friendly with children’ and organised day-trips for them to go on with him, German media reported

According to reports, an investigation into the suspected child abuse committed by Andreas V. goes back as far as 2008.

They allegedly sent footage to a third man, aged 48, who was arrested on suspicion of ordering the abuse.

The 48-year-old man from the town of Stade in the state of Lower Saxony allegedly watched the men rape a young girl on the darknet twice.

The missing evidence is not the first massive police blunder in the case as prosecutors are also investigating whether the police should have known about the mass rapes before.

The first warnings about the mass child abuse were passed on to the authorities in 2016.

Father-of-two Jens Ruzsitska reported Andreas V. to both the cops and youth welfare office after he allegedly saw him grope children at a birthday party in the town of Bad Pyrmont, but no action was taken.

The youth welfare office of Hamelin in Lower Saxony also learned about the alleged sexual abuse when workers at the local job centre called for an investigation into Andreas V.

He reportedly appeared with his foster daughter because he needed money and a worker found it suspicious that the girl said that she could no longer stand the smell of men.

According to local media, in a joint meeting with job-centre workers Andreas V. even confessed that his foster daughter ‘turned him on’ but that she did not want anything to do with his overtures anymore.

All three suspects are currently being held in investigative custody while investigations are ongoing.