Scientists are warning the human race not to send any more signals into space as making contact with an alien race with ‘a similar kind of capitalist economic structure’ as us would lead to the Earth’s annihilation.

The warning has come from two German scientists, Professor Dr Michael Schetsche and Dr Andreas Anton, at the Institute for Frontier Areas of Psychology and Mental Health (IPGG) in the south-western city of Freiburg.

The pair argue that potentially alerting ‘capitalist aliens’ to Earth’s existence is one of five major threats to life as we know it on this planet.

They made the warning in a new book titled ‘The Alien Society – Introduction to Exosociology’.

Professor Schetsche, who also works as a sociology professor at the University of Freiburg, said that as part of their research they encountered five major problems which could threaten life on Earth.

Prof Schetsche said: ‘Climate change threatens to become catastrophic for us. Then there is the threat of a new cold or even hot war. Also very present on the scientific agenda is the return of major epidemics.

‘Then there are the two hidden dangers that hardly anyone thinks about. One is the construction of a strong universal artificial intelligence (AI) which is capable of knowing everything. It is going to be extremely difficult to control and could possibly turn against us.

‘The fifth point is that we are penetrating ever further into the universe and there are initiatives to advance into the next solar system in the coming decades. There we could meet other beings and such an encounter could be risky.’

Professor Schetsche claims that the possibility of finding alien artefacts on future expeditions could be dangerous.

He said: ‘On celestial bodies without an atmosphere, you could still find unaffected artefacts after hundreds of thousands or even millions of years. It could be space debris left by an alien space probe on the moon or in the asteroid belt. 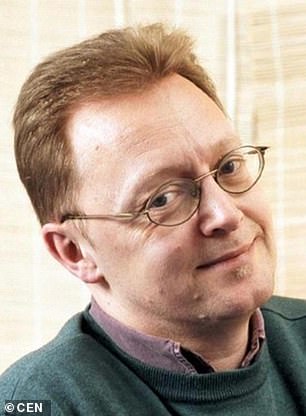 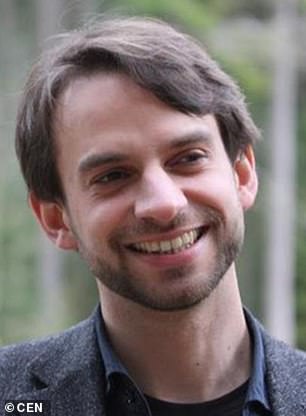 ‘Imagine if the artefact is still functional. Maybe it is powerful equipment intended for open space. Of course, humans want to investigate it so we bring it to earth, experiment with it, activate it with overflowing curiosity, and then it rips off a quarter of the planet’s surface.

‘Some nation states and big corporations will give everything to get at this advanced technology. It could be that an artefact discovered somewhere in the asteroid belt provides the spark for all out warfare on Earth.’

Prof Schetsche believes that it is about time to prepare for such an event by forging international alliances so the entire world, perhaps under UN supervision, can deal with it on a united front.

He said: ‘We can look at historical analogies. When the Americas were discovered, the conquerors landed with huge ships, cannons and horses. This has led to the extinction of over 90 percent of the native population.’

Prof Schetsche predicts that any future conflict with an alien race would be similar to a ‘showdown between Bambi and Godzilla, and we would be Bambi in this case’.

If that ever happened, he said ‘we really should expect the destruction of humanity’.

To avoid such a scenario, Prof Schetsche wants a UN declaration ‘prohibiting individuals or research groups from actively broadcasting signals into space’.

He said: ‘It may sound cynical, but if an alien society with a similar kind of capitalist economic structure discovers us, then God have mercy on us.’