Antonio Conte’s fitness guru, who first earned the nicknamed ‘The Marine’ in Italy due to his tough training regimes, joined Tottenham as the manager’s right-hand man in 2021.

After being taken ill, Ventrone was taken to the Fatebenefratelli hospital in Naples before suddenly passing away on Thursday.

Spurs are now mourning the loss of their coach and the funeral will be on Sunday at 3pm.

The north London club subsequently decided to cancel their press conference with Conte on Thursday morning.

The club released the following statement: ‘We are devastated to announce that fitness coach Gian Piero Ventrone has passed away.

‘We are devastated to announce that fitness coach Gian Piero Ventrone has passed away.

‘As loveable off the pitch as he was demanding on it, Gian Piero quickly became a hugely popular figure with players and staff.

‘He will be greatly missed by everyone at the Club and our thoughts are with his family and friends at this impossibly sad time.’

‘As loveable off the pitch as he was demanding on it, Gian Piero quickly became a hugely popular figure with players and staff.

‘He will be greatly missed by everyone at the Club and our thoughts are with his family and friends at this impossibly sad time.’

Juventus, where Ventrone spent 10 glorious years between 1994 and 2004, also mourned the loss of their former coach.

The Italian club said in their tribute: ‘One of the historic names at Juventus at the turn of the century, Gian Piero Ventrone, has left us at the age of 62.

‘Gian Piero worked as a Juventus athletic trainer, from 1994 to 1999, helping Marcello Lippi build and look after a Juve side that won everything in Italy and Europe.

‘He returned to Turin from 2001 to 2004, enriching his, and our, trophy collection with other victories.

‘He employed innovative methods in physical conditioning inspired by modern criteria, which led the way in Italy and abroad.

‘A member of Lippi’s staff when Italy won the World Cup in 2006, he continued to enrich his career, in France, China and England, where he was working before his passing.

‘We will always remember his attention to detail, his work philosophy, and perhaps his greatest talent, the understanding that football – and especially the fundamental components of conditioning and athleticism – was gradually entering a new era.

‘A new era that, in part, he helped write.

The 61-year-old regularly performed his trademark training drill this summer in Seoul, forcing the Spurs squad through gruelling session in 30-degree heat and 70 per cent humidity. 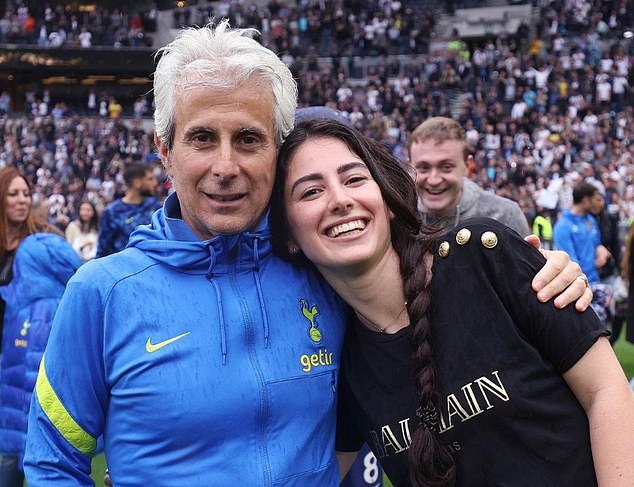 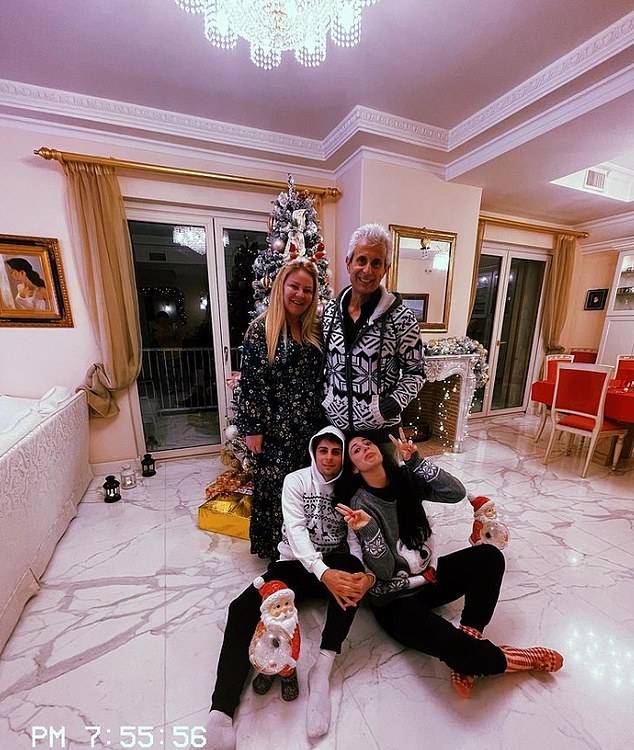 At times, the challenging sessions forced Tottenham stars such as Harry Kane to throw up from fatigue.

Right-back Matt Doherty told Sportsmail in July: ‘That’s pretty normal. Even the week before in London was along those lines.

‘I don’t know if there will be any teams fitter than us. This is hard, the hardest pre-season I’ve had. It’s not like anything I’ve done before. But you get a great satisfaction once the session is over.

‘Your mind has been tortured in the middle of it but when it’s done you feel proud and you go to bed thinking, “Yeah, I’ve worked hard today”. You’re just thinking, “Don’t quit”. Even if you crawl over the line or you have to jog or walk towards the end. 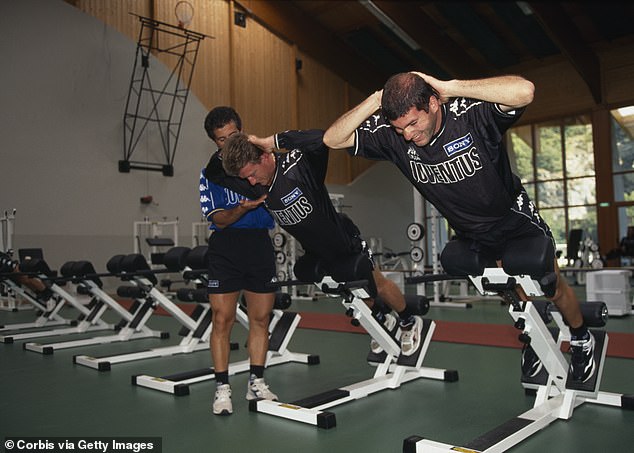 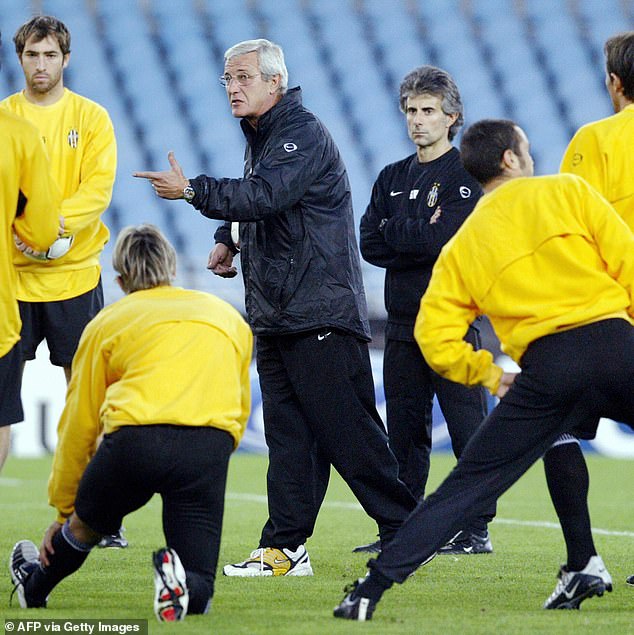 ‘It’s that determination the manager has instilled in us to keep going and never quit.

His intense training regimes have helped Conte’s side carve out a positive start to the Premier League this season, with Tottenham sitting third behind Manchester City and league leaders Arsenal.

Despite putting the Spurs stars through their paces, Doherty revealed that the players ‘absolutely love’ Ventrone as a fitness coach and person.

He added: ‘It’s funny because normally when you have a fitness coach like that who is running you ragged you start to not like him — but we all absolutely love him.

‘We’ve got so much respect for him that we do whatever he tells us to.’ 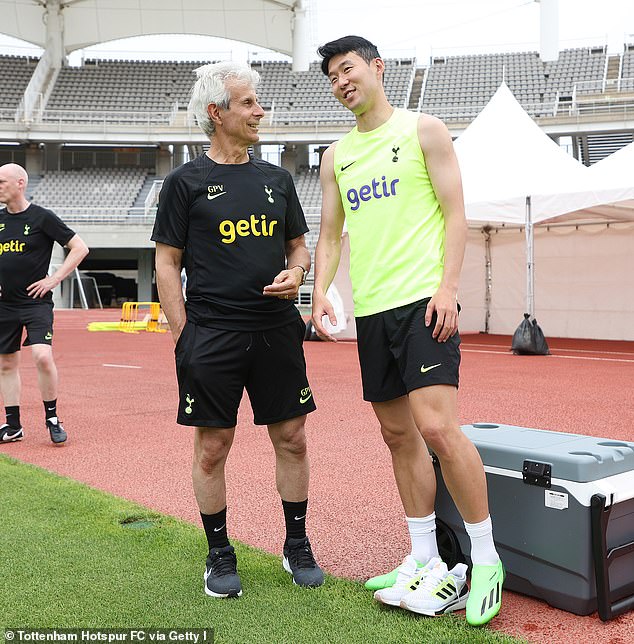 We are devastated to announce that fitness coach Gian Piero Ventrone has passed away.

He will be greatly missed by everyone at the Club and our thoughts are with his family and friends at this impossibly sad time.

The South Korea international scored a sensational hat-trick against the Foxes, having previously struggled for goals this campaign, and paid tribute to the Italian after the match.

‘I have a really, really good relationship with Gian Piero,’ Son revealed.

‘So obviously his English is not perfect, sometimes he is coming with his phone and translating into English from Italian.

‘It means a lot. Not as football-wise, I think life-wise he gives me so much advice, which I am really grateful.

‘He has been so helpful, giving me always a big hug in tough times and even great times he has always been next to me and every staff.

‘Even today before we left the training ground, the hotel, we had a couple of minutes of having a nice conversation which made me really comfortable and really grateful.’