Girl, 2, dies as her mother, 28, is shot after she stabbed two police officers

A New York mother was shot by police after she stabbed two officers who tried to help her injured two-year-old daughter.

The attack took place in Mamaroneck, New York on Saturday after police responded to a call about a woman screaming.

When officers arrived on the scene around 1.30pm they found the two-year-old girl injured inside the home in need of medical attention but when they tried to help her the mother, 28, charged at them knife in hand, according to ABC7.

A 28-year-old mother stabbed two police officers with a knife in this Marmaroneck, New York home on Saturday after cops tried to help her sick two-year-old daughter 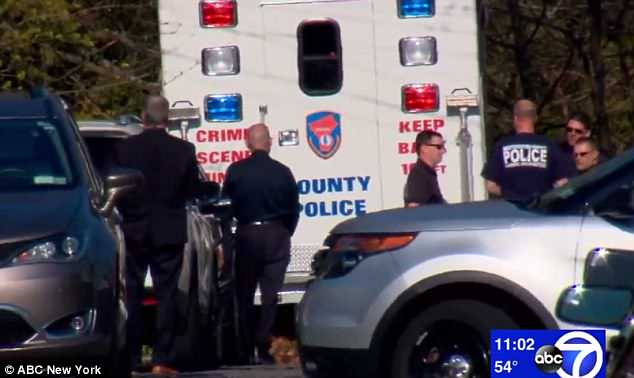 Police were called to the scene around 1.30pm after receiving calls about a woman screaming

Upon entering the home, officers asked the mother to show her hands as they called an ambulance and tried to help the little girl.

Instead of complying, the mother attacked and stabbed two officers with the knife, police say.

Officers responded by using a taser and opening fire.

‘The female then attacked the officers with a knife, injuring two of them,’ Village of Mamaroneck Police Sgt. Sandra DiRuzza in a news conference.

‘Tasers were deployed, which failed to stop the female. The female was then shot by one of the officers,’ she added.

After the mother was shot she and the child were taken to the hospital, where the toddler later died.

The mother is still receiving care, police say the nature of her injuries is ‘unknown’.

The cause of the little girl’s death is pending an autopsy.

Two officers were also treated for minor injuries and another two were evaluated, according to CBS2. 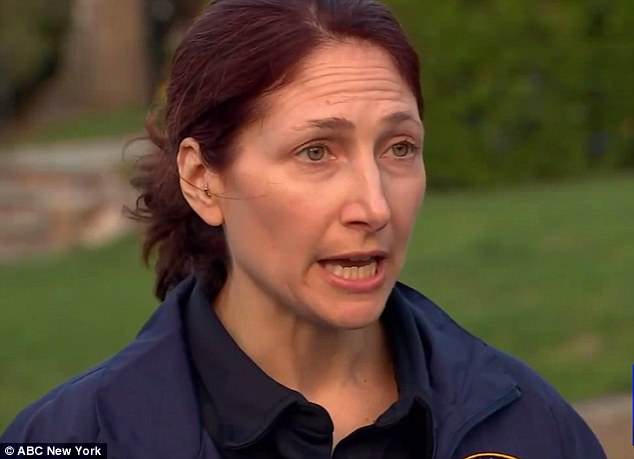 Mamaroneck Police Sgt. Sandra DiRuzza, pictured above, told press that after she stabbed officers, police used a taser on the woman and shot her and she is in the hospital recuperating

It is not clear why the mother was holding a knife.

‘There were several officers running with assault rifles,’ another added.

Neighbors say the suburban area is usually very calm but police were spotted at the home the night prior. It is not clear if Friday night’s police visit is related to the Saturday incident.

On Friday night two officers went to the home on 507 Chestnut and spoke to a man.

‘I just looked out the window, and it was like two cops were talking to him. And I was like, “I wonder why,”‘ a witness told ABC.

‘There’s a variety of people that live there. One is a youngish mother, I believe,’ they added.

Another local said no one knows who lives in the home as its rooms are rented out.

‘That house had rented out rooms for a while so that’s like the one house we don’t really know exactly who they are,’ Kyle Wildenberd said to ABC.

The investigation is ongoing as police is it is unclear if she will face charges.