Glamorous golfer Paige Spiranac ‘cried all the way home’ after a ‘Karen’ verbally attacked her on the course over her outfit: ‘One of the most traumatising experiences that’s happened to me’

American glamour golfer Paige Spiranac admits she felt traumatised after a ‘Karen’ verbally insulted her over her outfit while she was on the course.

The 29-year-old ex-professional said she was left physically shaken after being singled out by an elderly lady at a country club who thought Spiranac was wearing a completely inappropriate outfit.

She was playing at the course for the first time and said her clothing was in no way disrespectful to the dress code.

‘I had a collar, I zipped the zipper up so there was no cleavage showing, it came about mid-thigh, and I felt like it was a very appropriate outfit,’ Spiranac said on her Playing a Round podcast.

‘This lady goes up to one of the workers and I hear her talking to this guy, and I can’t quite make it out. Then all of a sudden I hear, “What she’s wearing is inappropriate, we have rules, I’m going to talk to her”.

‘She comes straight up to me, stops me in the parking lot and she goes, “Woman to woman, you need to hear this, you look cute but that is highly inappropriate, we have rules here and you cannot wear that outfit” … I literally cried all the way home.

‘I’m not like I wanna be on a golf course so I can shake my t**s around and have my a** flying everywhere, that’s not what I’m talking about … no one there had any issue with what I was wearing.’

The star said the lady had no right to belittle her, seeing as she was a guest at the course and did nothing to provoke a confrontation. 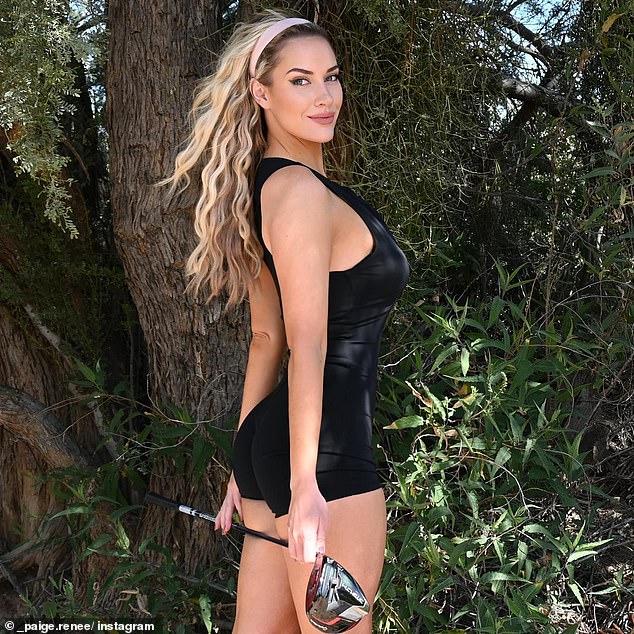 Spiranac floats around a handicap off of scratch and is widely known for her skills with the driver and putter as well as her beauty.

The former division one golfer at both the University of Arizona and San Diego State says golf’s elitist attitude can have a negative impact on the game, especially the strict dress code rules for children getting into the sport. 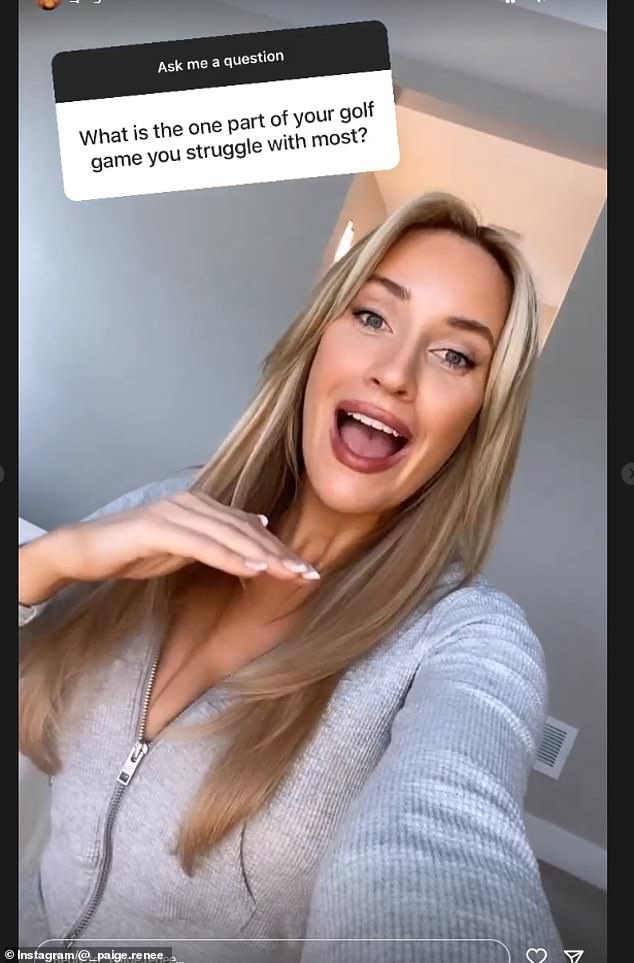 ‘Those are the reasons why golf doesn’t grow. It’s the elitist mentality and it makes me sick.’

Spiranac is the most followed golf entity on social media and retired in 2016 after a short stint on the ladies European tour. She now makes money through Instagram sponsorships, posting videos of her swing with new products while she wears striking outfits.