Gold medalist Nastia Liukin – who is known for her tumbles down the gymnastic floor – opened up about body critiques of being ‘too skinny’ while competing as an Olympian.

The 28-year-old admitted on Instagram that she was nervous before she competed in American Ninja Warrior on Red Nose Day because she was never known for her strength on the mat.

‘This challenge was a true test for me not only physically but more so mentally… I’ll be the first to admit when I agreed to do this I was VERY nervous— especially when everyone kept telling me how gymnasts typically do on this show… but I was never a “typical” gymnast,’ Nastia wrote. 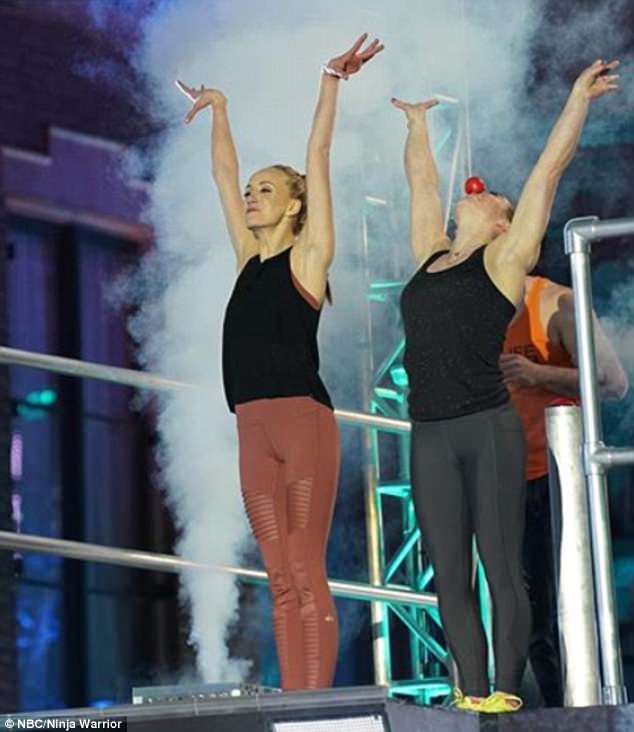 Stuck it: The Olympic gymnast completed the six challenges with flying colors but admitted on Instagram that she was very nervous to compete 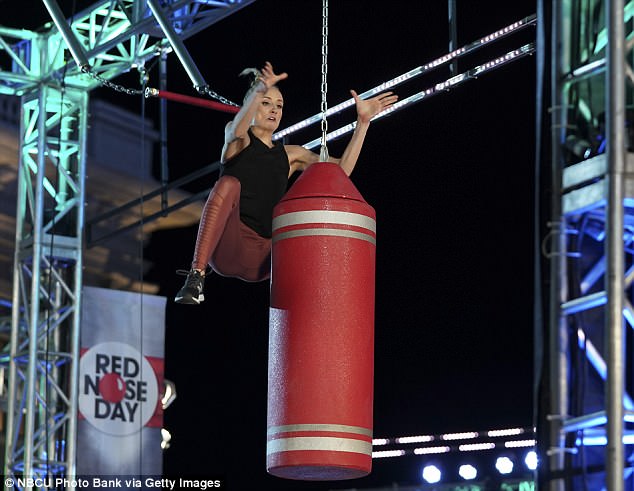 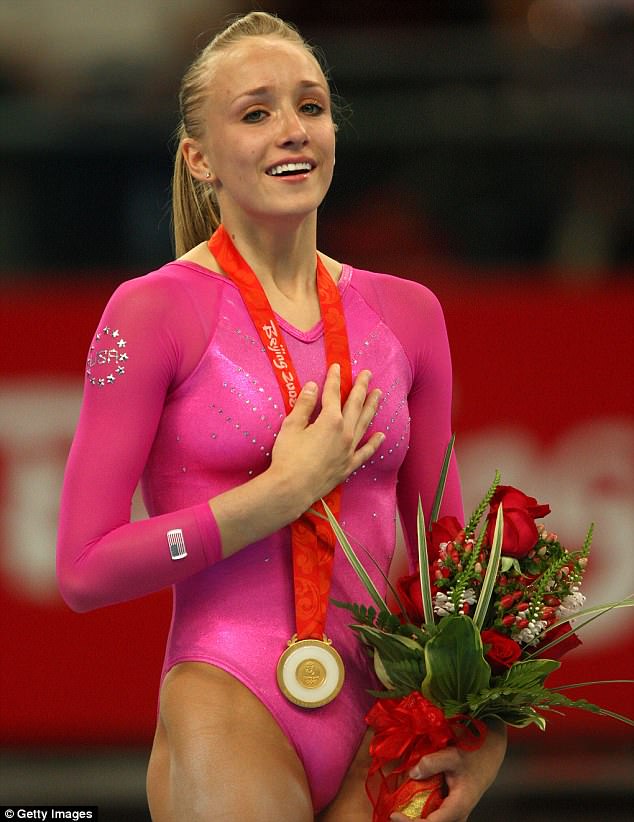 Fit: The Olympian admitted on Instagram that she has struggled with her body image after people said she was ‘too skinny’ as a gymnast

‘I excelled more on the artistic, grace and flexibility side of gymnastics. I was NEVER known for my strength.’

Despite her fears, however, Nastia agreed to participate in American Ninja Warrior for Comic Relief’s Red Nose Day to help raise money for children living in poverty.

But she admitted to not only being nervous about the strength challenges because of her abilities, but also because of her previous experience with people criticizing her body type.

‘Throughout my career (and even more so now) I’ve been criticized for being “too skinny” or been told to “go eat a burger”— trust me I love myself a good burger and fries so agreeing to do something that required so much physically strength was daunting, especially in front of millions watching on TV,’ Nastia wrote.

With the help of former Ninja Warrior competitor Barclay Stockett, Nastia was able to conquer the obstacle course.

In just under six minutes, she completed all six of the challenges to raise $30,000 for Comic Relief. 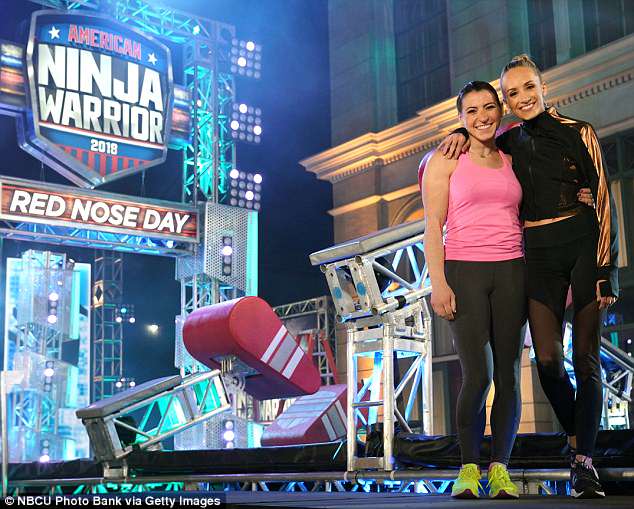 Friends: Nastia trained with two-time competitor Barclay Stockett to prepare for the obstacle course. Stockett was also a gymnast 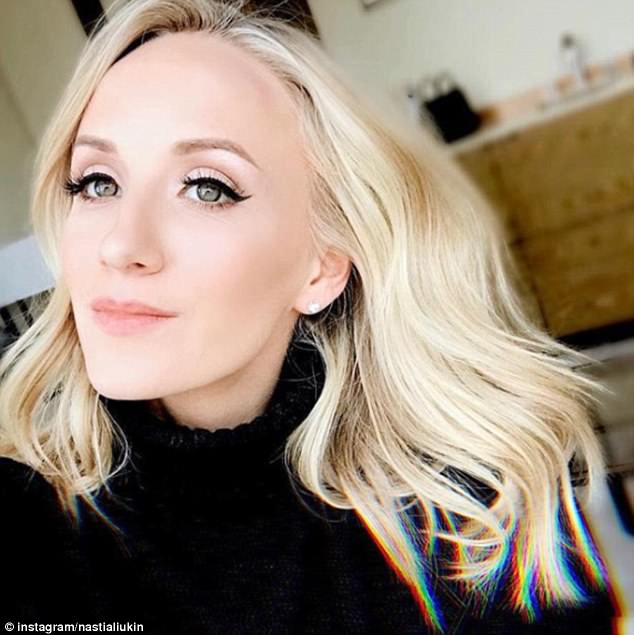 Positivity: Nastia has spoken out previously about people making harsh comments regarding her body after she gained weight following the end of her gymnastics career

Harsh criticism: The former Olympian, pictured in October 2012, months after her retirement, was shamed after she gained weight when she quit elite gymnastics

This isn’t the first time Nastia has used her platform to raise awareness about body positivity.

Nastia attracted attention about her body after retiring from gymnastics in 2012.

After she competed in the 2008 Summer Olympics in Beijing, China, where she won gold in the all-around competition, Nastia considered continuing training to attend the 2012 Olympic Games.

But she retired from the sport before the Olympics after being unable to overcome a shoulder injury to get herself a spot on the 2012 US Olympics team.

The change in exercise routine and diet caused Nastia to gain 25lbs and experience harsh criticism.

‘People remembered me as this petite blond gymnast in a leotard, and then I go through the normal body changes and people are like, “Oh my God. You’re so fat,” Liukin told StyleCaster during an interview in January 2018. 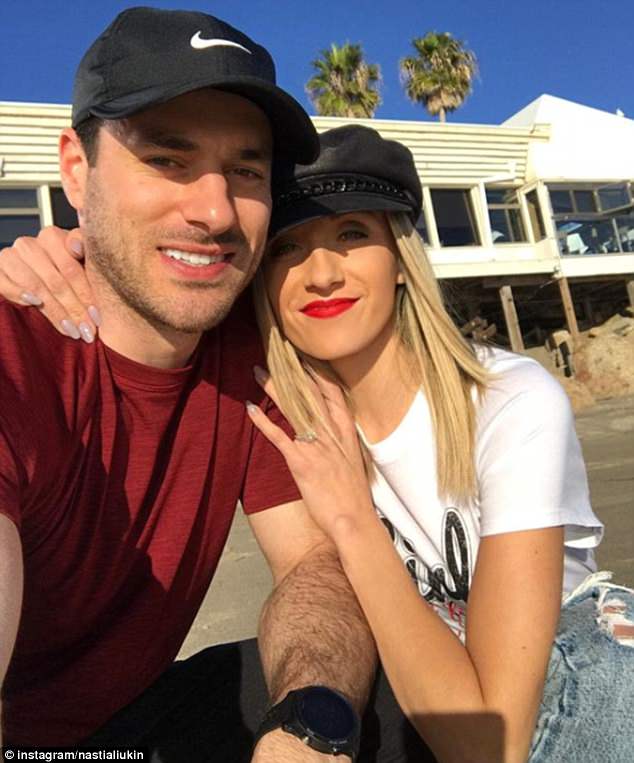 Love: Nastia, pictured with fiance Matt Lombardi, has since gotten back into shape and said people have now attacked her for being too thin 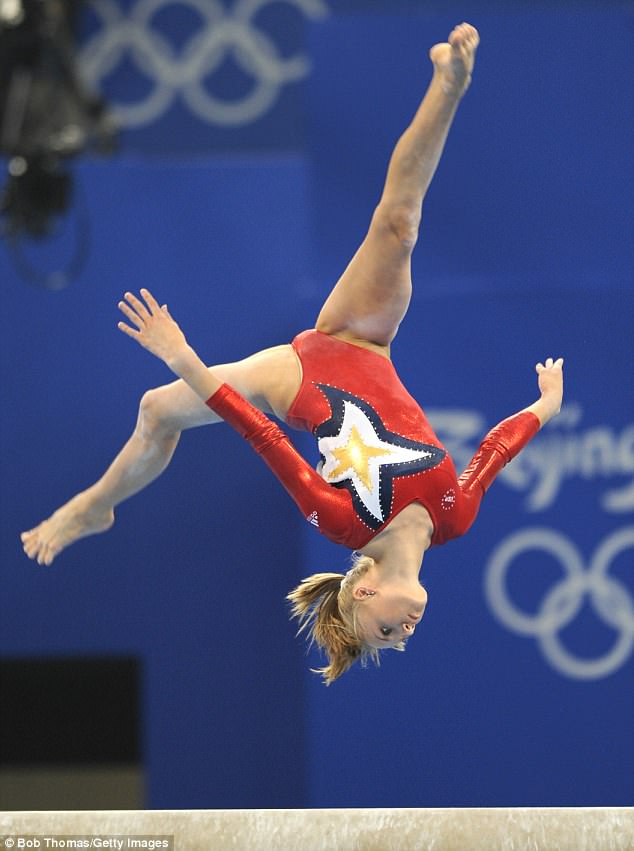 Olympian: Nastia, pictured at the 2008 Olympics, says it wasn’t fair for people to target her for her changing body shape after she weened off her intense fitness and diet routine

The former gymnast didn’t react well to the body scruitny at first and instead responded by refusing to attend events and wearing baggier clothes.

Nastia has since figured out what diet and exercise works best for her, but now she receives comments on Instagram saying she has lost too much weight.

‘In a world where everyone is constantly telling you who or what you should be, what to say or what not to say, criticizing you for being too fat or too skinny, what you should or shouldn’t wear, you will never be what people want you to be. so take a second and decide what you want to be,’ Nastia wrote in an Instagram post recently to respond to the critics.

She added: ‘Be happy. Be confident. Be free. Be courageous. Be passionate. Be fun. Be strong. Be you.’

Nastia has realized critics are always going to have something to say about her body, but she advocates for people to find what is healthy with their own bodies before judging others.