A stunning superyacht belonging to one of the world’s richest couples has been spotted in Britain.

The sleek Elfje, a 172ft eco-friendly luxury yacht built in the Netherlands by Royal Huisman, is docked in Plymouth, Devon.

The boat was custom-made for one of the world’s wealthiest women – American philanthropist and environmental campaigner Wendy Schmidt.

Elfje is one of the very few superyachts to be designed for a woman owner.

Sailing enthusiast Mrs Schmidt is the wife of Eric Schmidt, the former executive chairman of Google, who has amassed an estimated fortune of £9.7billion.

A stunning superyacht belonging to Wendy and Eric Schmidt has been spotted docked in Plymouth, Devon. Mr Schmidt is the former executive chairman of Google, who has amassed an estimated fortune of £9.7billion 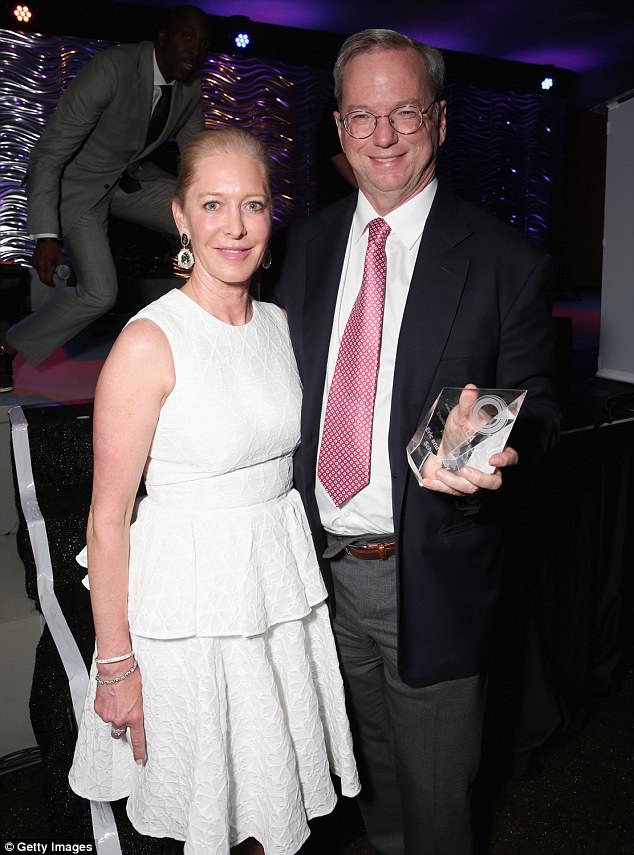 The boat was custom-made for Wendy – an American philanthropist and environmental campaigner. Elfje is one of the very few superyachts to be designed for a woman owner. Pictured: Billionaire couple Wendy and Eric Schmidt in 2016

Mr Schmidt is ranked among the top 150 richest people in the world.

Elfje has been seen by people at Plymouth Yacht Haven this weekend and has been turning plenty of heads.

But the Antiguan-based ketch, which has been dazzling people looking out over Plymouth Sound, is more than just a plaything for a billionaire.

Built to use as little fuel as possible, the yacht was designed by Hoek Design Naval Architects, with the interior design created by RWD.

Though the cost of building Elfje is unknown, Boat International put together a list of top eco-friendly yachts, which ranged in price between £4.2million and £30million.

Mrs Schmidt, who helms her own boats and wants to see the oceans kept as clean as possible, explained in an interview with Boat International her motivation behind the yacht.

She told the publication: ‘A friend from California who also spends summers on Nantucket convinced me to buy a boat with the promise of match racing his boat one day.’ 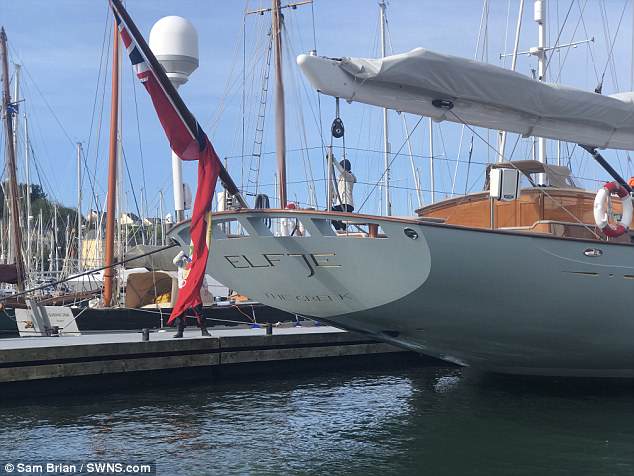 The sleek Elfje, is a 172ft eco-friendly luxury yacht built in the Netherlands by Royal Huisman

She continued: ‘So I agreed to purchase a 46ft (14 metre) W Class wooden sloop that Eric and I travelled to the Caribbean to check out in the spring of 2007.

‘The children were grown, and I thought, why not? I didn’t know how to race, or even how to sail but I knew I liked to be a passenger on a boat.

‘As a condition of the purchase, my friend solved all the logistical problems, arranging for the boat to travel from Antigua to Nantucket, hiring me a captain, and getting the boat a mooring.

‘That was the beginning. Her captain taught me how to sail and I was surprised to discover, looking back, that we had sailed every day that summer, all the way into September.’ 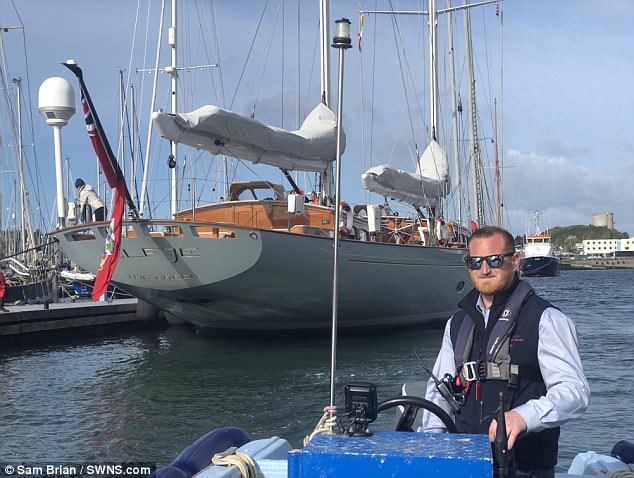 Though the cost of building Elfje is unknown, Boat International put together a list of top eco-friendly yachts, which ranged in price between £4.2million and £30million

That in turn is part of the 11th Hour Project, part of the Schmidt Family Foundation, which works to educate sailors and the maritime industry about how and why the ocean should be protected.

‘We’ve been extremely lucky in our lives,’ Mrs Schmidt said in the same interview with Boat International.

‘You have to make a decision about what you’re going to do with that. Wealth is a responsibility, one way or another.

Elfje can reach a top speed of 12 knots and has a cruising range of 3,690 nautical miles.

She can host up to eight people and comes with five crew members, according to information on various sailing websites.

In February 2016 it was reported that the billionaire couple paid a whopping $4.75million for a 140-foot boat slip on Nantucket Island — the same place she has tried to protect from rich residents.

This is the same island that Wendy admitted in 2008 was going through a ‘scary’ transformation thanks to an influx of billionaires, including her and her husband.