‘His potential is beyond the sky’: Graham Potter insists Reece James has what it takes to become a ‘Chelsea legend’ after the right-back scored and assisted during 3-0 victory against AC Milan

Graham Potter believes Reece James has the potential to become a ‘Chelsea legend’ and follow in the footsteps of club icons such as John Terry and Frank Lampard.

The England international grabbed a goal and assist during Chelsea’s convincing 3-0 victory against AC Milan on Wednesday, marking Potter’s first Champions League win at the club.

After just under a month in charge at Stamford Bridge since taking over from Thomas Tuchel, Potter urged that the right-back’s potential is ‘beyond the sky’, delighted with his performances for the Blues so far. 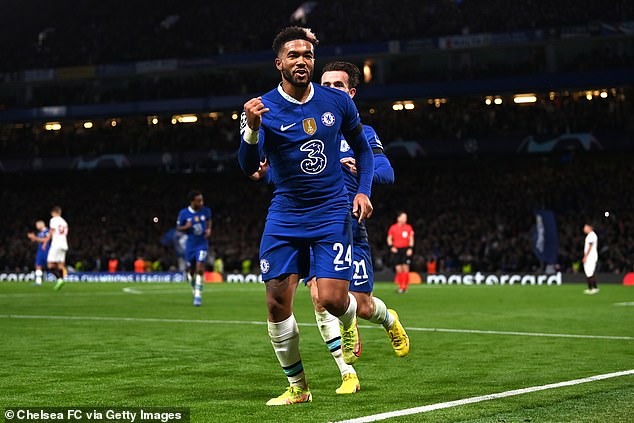 ‘I think Reece is just a fantastic player, and he’s a young player, so he’s developing all the time,’ he said after the match, which climbed Chelsea to second place in Group E.

‘He’ll get better and better as we go. I’ve really enjoyed working with him, he’s got a lot to offer, he’s fantastic.

‘He could play any game in the world, he’s tremendous. 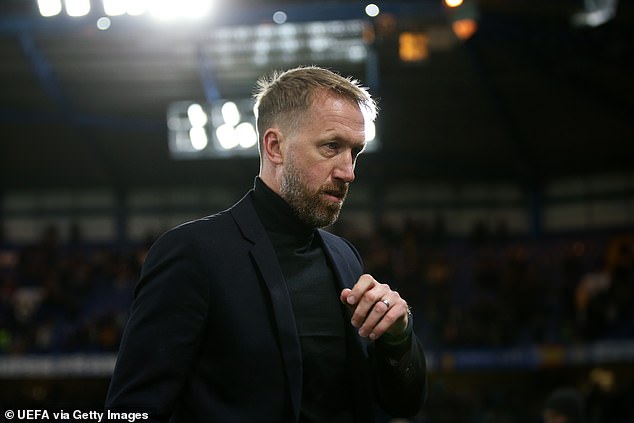 ‘We love him. He’s so important for us. My job is to help him reach his potential, and his potential is he can be a Chelsea legend.

‘That is the level he has, the potential that he has. For that to happen, he has to be part of a successful team. That’s what we’re working towards.’ 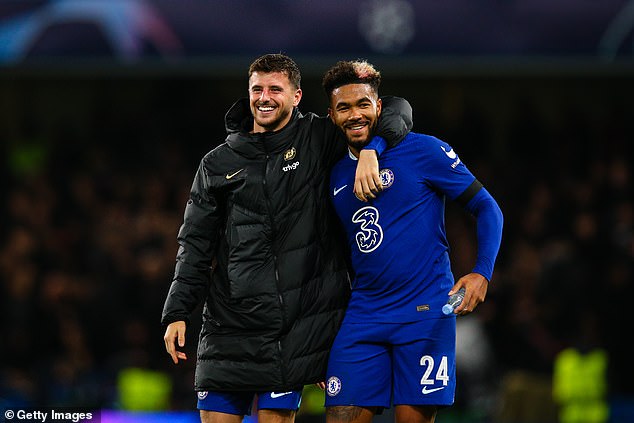 The 22-year-old chalked up five goals and nine assists in just 26 Premier League appearances last campaign and has already netted twice in all competitions so far this season.

Summer signings Pierre-Emerick Aubameyang and Wesley Fofana also joined James on the scoresheet against Milan, with the Gabonese striker dispatching his second goal since arriving from Barcelona on deadline day.

The Chelsea academy graduate is continuing to impress England manager Gareth Southgate, who has so far favoured him over Liverpool full-back Trent Alexander-Arnold ahead of the World Cup next month.