Great British Boltholes: Manorhaus in Wales is a stylish hotel with a Beatles twist

By Sarah Turner For The Mail On Sunday

The greystone Manorhaus hotel on Well Street has had plenty of incarnations: it’s been a boarding house for Ruthin School, a doctor’s surgery and a library. In the 1970s and 1980s, John Lennon’s ex-wife Cynthia turned it into a restaurant with rooms, with their son Julian doing shifts in the kitchen.

The current owners, Gavin and Chris, an architect and musician, bought the hotel in 2002 and planned to own it for five years. That was 17 years ago. Now Gavin’s down for his second stint as Ruthin’s mayor and the couple are as embedded as the hotel’s Tudor foundations.

Fascinating past: The greystone Manorhaus hotel on Well Street in Ruthin

They opened a second Manorhaus in the nearby, more touristy town of Llangollen but it’s clear this hotel is still their passion project and thrives because it’s evolved as impressively as the town itself.

There are quirks and glam touches; this is a wealthy corner of Wales and the cocktail bar gets plenty of traction. Below the bar, the hotel’s 15th Century cellar is a cinema club; guests can choose their own films, but there are also weekly screenings with popcorn. Feel more bookish? There’s a library with magazines, books and DVDs. The surrounding Clwyd Hills teem with walkers and a few years ago a sauna was added.

USP: A stylish hotel that doesn’t cost the earth. Popular with walkers and cyclists but Ruthin has plenty to suit those looking to relax. Ruthin Craft Centre has exhibitions in ceramics, metalwork and textiles. In summer, the Ruthin Gaol is a museum, while Nantclwyd y Dre, built in 1435, showcases Welsh domestic history. 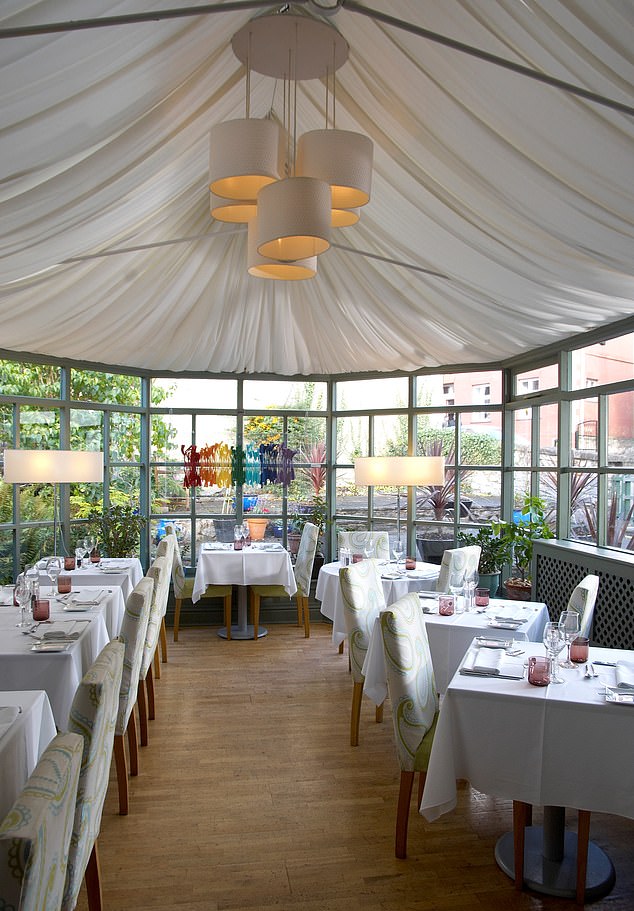 The restaurant is in a conservatory and has an eye on the classics, with cheese souffle and boeuf bourguignon

The rooms: Eight bedrooms with modern art and bold colours are tucked around corridors and in eaves. There’s nothing fussy about them, the beds are comfortable, they’re spacious and the Welshness shines through with blankets and local toiletries.

The food: The restaurant is in a conservatory and has an eye on the classics, with cheese souffle and boeuf bourguignon. On cinema club nights, the food is themed around the film. A glorious breakfast will set you up, with the full Welsh featuring local sausages, bacon and eggs.