President Donald Trump’s claim that visited Ground Zero immediately after the Sept. 11th attacks is being disputed by a former New York City fire official who says he ‘never witnesses’ the famous New Yorker there.

Trump made the comment Monday at a bill signing ceremony for Sept. 11th first responders.

‘I was down there also, but I’m not considering myself a first-responder. But I was down there. I spent a lot of time down there with you,’ he told attendees at a White House Rose Garden event.

Among those present was retired deputy chief with the New York Fire Department Richard Alles.

President Donald Trump was under fire for his Sept. 11th claim, after he told a group of responders at the White House: ‘I was down there also, but I’m not considering myself a first-responder’ 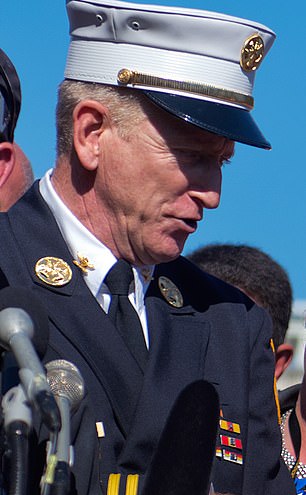 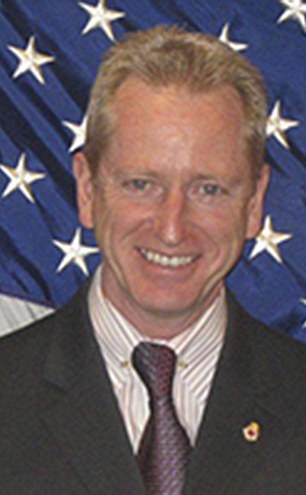 ‘I spent many months there myself, and I never witnessed him,’ Alles told the New York Times. ‘He was a private citizen at the time. I don’t know what kind of role he could have possibly played.’

Alles spend decades in the FDNY, and was serving as a battalion chief immediately after the Sept. 11th attacks.

It describes how worn out workers barely glanced up to notice Trump, ‘every hair in place and impeccably dressed in a black suit, pressed white shirt and red tie, walking into the plaza with his cellular phone to his ear,’ according to the account. 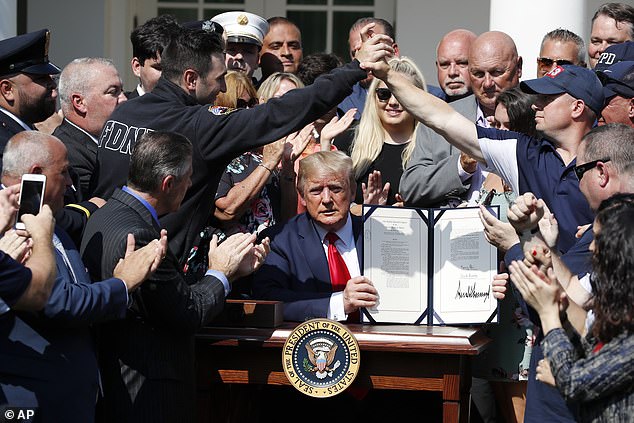 Trump made his comments as he signed H.R. 1327, an act ensuring that a victims’ compensation fund related to the Sept. 11 attacks never runs out of money 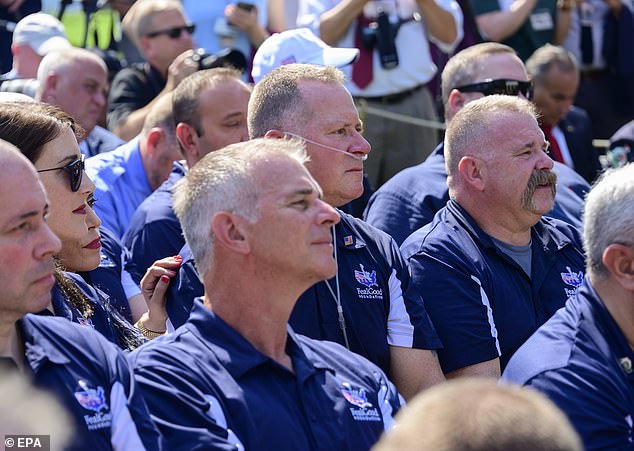 Toll: First responders present included those already diagnosed with diseases. Emergency services personnel who worked at Ground Zero have had a higher rate of cancers and other illnesses than the general population 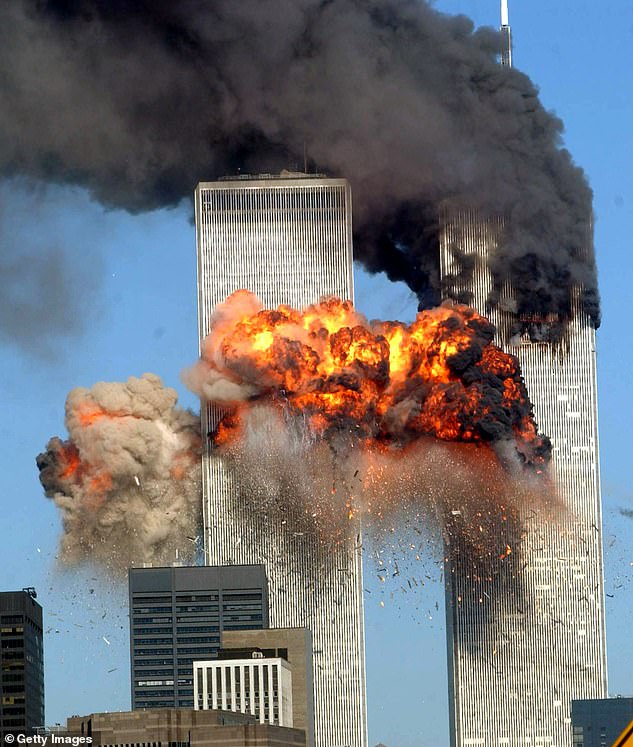 A fiery blast rocks the south tower of the World Trade Center as the hijacked United Airlines Flight 175 from Boston crashes into the building September 11, 2001 in New York City 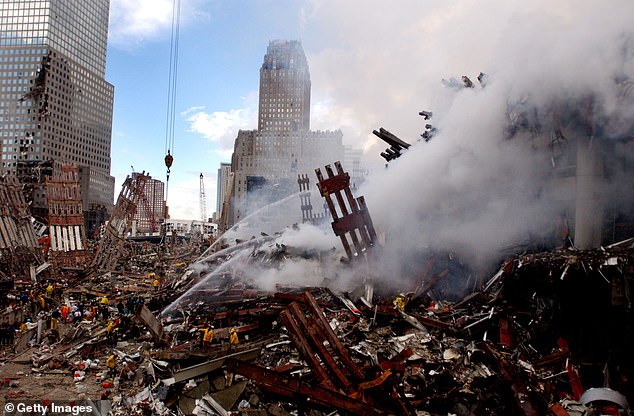 Trump said he spent ‘a lot of time’ at Ground Zero 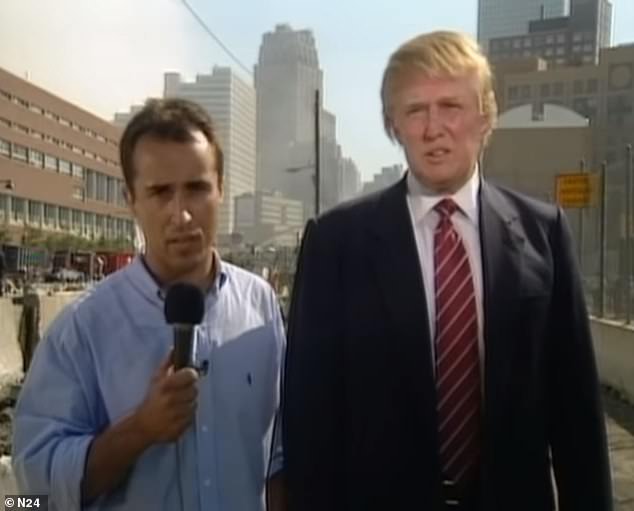 Trump spoke as a prominent real estate developer to German media about the recovery, what should replace the World Trade Center, and how the U.S. should respond to the attacks

‘No, no. The building’s gone,’ Trump is quoted as saying,’ which was quoted by the Washington Post. Trump also gave an interview to German media that day.

Here, he is asked if he would personally contribute to the recovery efforts, and responds: ‘Well, I have a lot of men down here right now. We have over 100 and we have about 125 coming. So we’ll have a couple of hundred people down here.’

Trump said he has a ‘lot of property’ there but it fortunately wasn’t affected.

‘I just went to what they call ‘Ground Zero. I’ve never seen anything like it. the devastation. The human life that’s been just wasted for no reason whatsoever,’ he says, adding that it was a ‘terrible scene’ but that New York is a resilient city would rebuild quickly,’ he said, in a shot that captured smoldering ruins in the distance.

In the interview he doesn’t claim he personally responded at Ground Zero or spent a lot of time there.

The interview appears to have conducted on West Street near Ground Zero.

He also spoke to NBC News on Sept. 13th, 2001. In that interview, he said he had ‘hundreds of men inside working.’

‘Not only is it devastation, but it’s very dangerous,’ he said, asked what it was like at Ground Zero. ‘Because every few minutes a whistle would go off and everybody would just run.’

Trump said during the 2016 campaign: ‘Everyone who helped clear the rubble – and I was there, and I watched, and I helped a little bit – but I want to tell you: Those people were amazing. Clearing the rubble. Trying to find additional lives. You didn’t know what was going to come down on all of us – and they handled it.

It isn’t entirely clear what Trump meant by helping a little bit.

Trump in the past has taken heat for another comment he made after the attacks that referenced an office building he owns.