A group of 150 black broadcasters, celebrities and actors have written a letter to demand the BBC reverse a decision to partially uphold a complaint against BBC Breakfast host Naga Munchetty.

The group, which includes Lenny Henry and Gillian Joseph from SkyNews are angered by the BBC’s decision to criticise Ms Munchetty who accused US President Donald Trump of being ’embedded in racism’.

Trump had tweeted that four high profile politicians should ‘go back’ to where they came from.

BBC Breakfast presenter Naga Munchetty, right, was been criticised by BBC executives after she expressed her opinion on racism following a highly controversial tweet by Donald Trump 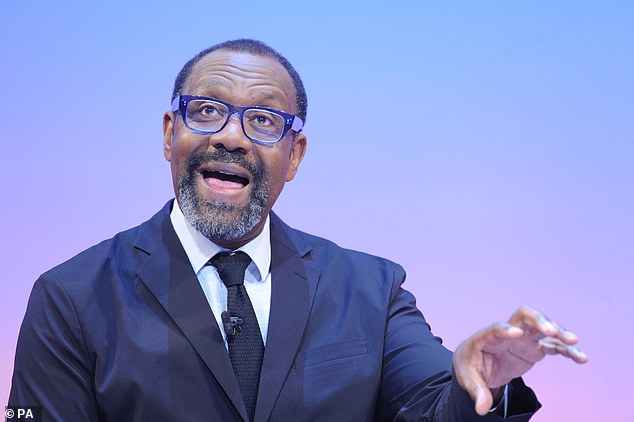 A group of 150 black broadcasters, including Lenny Henry, pictured, have written a letter to the BBC to defend Ms Munchetty

According to The Mirror, the letter claimed there should be no expectation of impartiality when it came to racism.

The BBC has justified its reprimand of Naga Munchetty for criticising Donald Trump for perceived ‘racism’, saying that she is not allowed to share her personal opinion.

The BBC’s Executive Complaints Unit (ECU) ruled that the BBC Breakfast host breached editorial guidelines when she condemned comments made by the president after he told female Democrats to ‘go back’ to their own countries.

In a July 17 broadcast, Munchetty said that ‘every time I have been told, as a woman of colour, to go back to where I came from, that was embedded in racism’, adding: ‘I’m not accusing anyone of anything here, but you know what certain phrases mean.’

After being probed by her co-host Dan Walker for her thoughts, Munchetty said she was ‘absolutely furious a man in that position thinks it’s OK to skirt the lines by using language like that’.

The BBC ruling has been widely criticised, notably by Labour leader Jeremy Corbyn, who said that Munchetty ‘stated a fact’, and urged the BBC to ‘explain this astonishing decision’.

Following the backlash online, the BBC said in a statement: ‘President Trump’s comments that a number of female Democrat members of Congress should ‘go back’ to the ‘totally broken and crime infested places from which they came’ were widely condemned as racist, and we reported on this extensively. 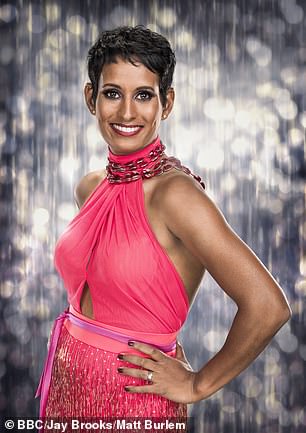 ‘The BBC’s editorial guidelines do require due impartiality, but the Editorial Complaints Unit’s ruling is clear that Naga Munchetty was perfectly entitled to give a personal response to the phrase ‘go back to your own country’.

‘She understandably feels strongly on this issue, and there was nothing wrong with her talking about her own experiences of racism.

‘However, our editorial guidelines do not allow for journalists to then give their opinions about the individual making the remarks or their motives for doing so – in this case President Trump – and it was for this reason that the complaint was partially upheld.

‘Those judgments are for the audience to make.’

Ms Munchetty had earned plaudits for her decision to speak about her struggles and share her experiences of being told herself to ‘go back to your own country’.

The BBC’s former China editor Carrie Grace and Good Morning Britain host Piers Morgan were among those who criticised the BBC decision and voiced support for Munchetty.

Ms Gracie tweeted: ‘#nagamunchetty Unease among #BBC journalists for whom ‘go back’ = racist. If power trumps or bends meaning then no point in journalism, just print propaganda.

‘There is no #BBC journalism worth the name without #BBC values. Accountability is one. Explain @BBCNaga reprimand please.’

Morgan said: ‘Since the BBC will gag my breakfast show rival #BBCNaga from saying anything about this, allow me: It’s bloody ridiculous.

‘If the BBC won’t let its journalists call blatant, unashamed racism what it is, it is complicit in that racism,’ he tweeted.

The National Union of Journalists (NUJ) has said the BBC ‘has got it very wrong’ over its ruling.

‘All broadcasters, and in particular the BBC a public service broadcaster, should call out racism. It is not a matter of opinion – it is wrong,’ NUJ general secretary Michelle Stanistreet said.

‘Of course, (Munchetty) was right to say she was furious with the President’s language and what it meant.

‘The BBC has got it very wrong – BBC journalists should not be prohibited from commenting on evidently racist language, especially at a time when racist rhetoric is having a real impact on people’s lives.’

Ms Munchetty has not commented on the row.