This is the shocking moment a woman was knocked out by a single punch from a man after she spat at his friends.

The female was involved in a sweary altercation with a group of men before the perpetrator struck her while she was looking the other way.

According to social media users, the controversial footage was filmed after a night out in the seaside town of Cleethorpes in North East Lincolnshire. 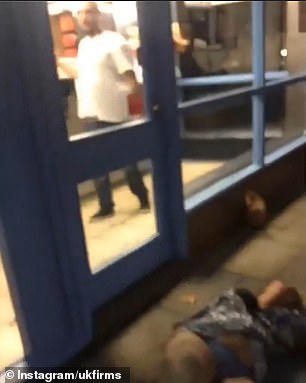 As the clip begins, the men are heard telling the woman, dressed in a short dress-shirt, to ‘f*** off’ before shoving her away.

She then shouts back them and spits in their direction – but as she goes to turn away she’s sucker punched in the face by another man.

The footage, viewed 50,000 times in less than day, has divided opinion on whether the female deserved to have been hit.

One user commented: ‘Anyone who thinks this is OK is wrong. For a start she spits after being confronted by a group of lads, not just one.

‘She shouldn’t have spat, but that whole group of lads are a bunch of c**** for even confronting a woman by themselves.’ 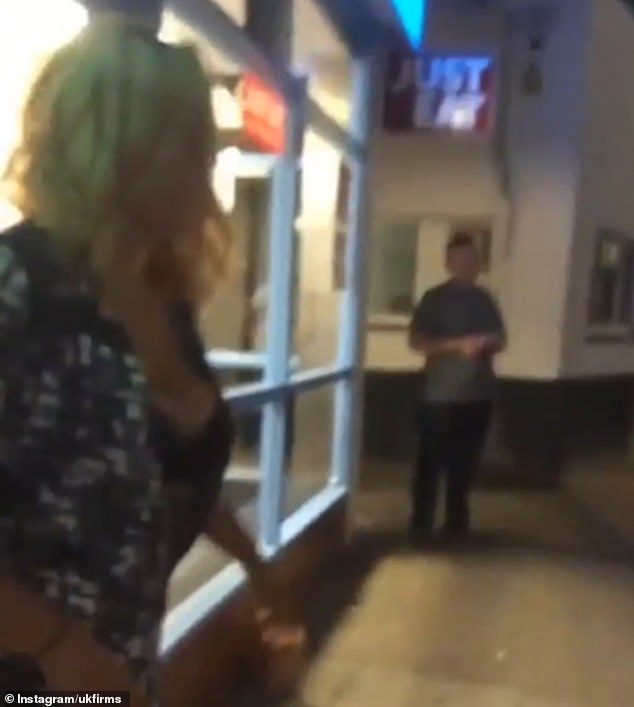 Another wrote: ‘Spitting is vile and she was clearly steaming so he should’ve walked away… that low blow was wrong. No fair fight here regardless of sex and what’s right or wrong.’

A third said: ‘Could have killed her with that punch. Even though she did spit there was no need for that.’

Another replied: ‘You always walk away from argument with female…..full stop,no excuse.’ 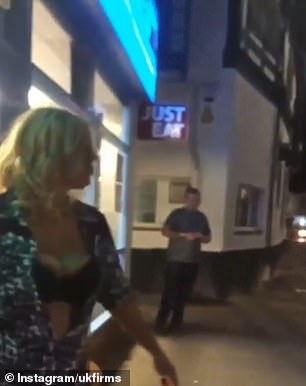 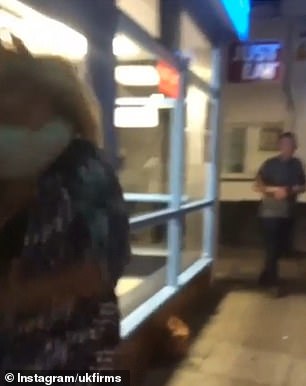 But there were some who jumped to the defence of the perpetrator.

One said: ‘Taught her a lesson, maybe she will shut her mouth next time.. Woman want treated like men, right?’

Another wrote: ‘She spat, that alone is dirty and disrespectful, anybody who spits male or female deserves to get punched end of story.’