Harlow man Derek Lawless on the run for robbery

A man with the name Derek Lawless has been re-captured by police after going on the run and fleeing his robbery trial.

Lawless, 37, of Harlow, Essex, was on trial for the offence at Chelmsford Crown Court this week. But after being given bail, he failed to turn up in the dock on Wednesday.

He was re-captured again this afternoon.

Derek Lawless (pictured), 37, of Harlow, Essex, was on trial at Chelmsford Crown Court this week, but failed to turn up in the dock on Wednesday. He was re-captured today

‘He has been arrested in Little Hallingbury this afternoon and has been taken straight to Chelmsford Crown Court.’

Police issued a warrant for his arrest and launched an appeal for members of the public to help catch him.

He was arrested on suspicion of robbery in Coppice Hatch, Harlow, Essex in July 2014 after an elderly man reported being pushed to the ground and robbed, leaving him with a fractured hip. 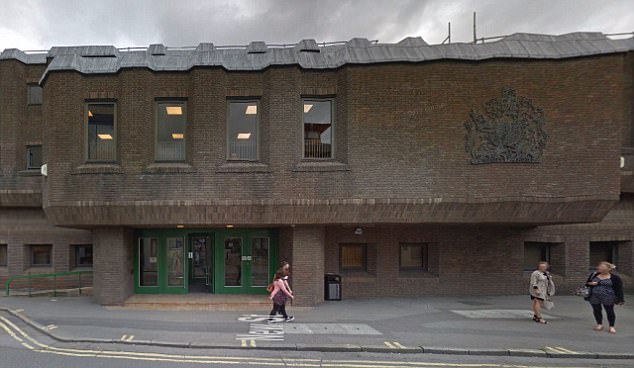 Lawless was on trial for robbery at Chelmsford Crown Court (pictured) this week. After a public appeal he was found this afternoon