Prince Harry and Meghan Markle have shared their first romantic photo on their joint Instagram as they asked fans to stop sending gifts for their new baby and donate to charity instead.

The Duke and Duchess of Sussex recommended charities that fans could support instead of buying presents for their first child, who is due in the next few weeks.

In the second post on their Instagram account, the couple said they were ‘immensely grateful for the outpouring of love and support in anticipation of the birth of their first child’. 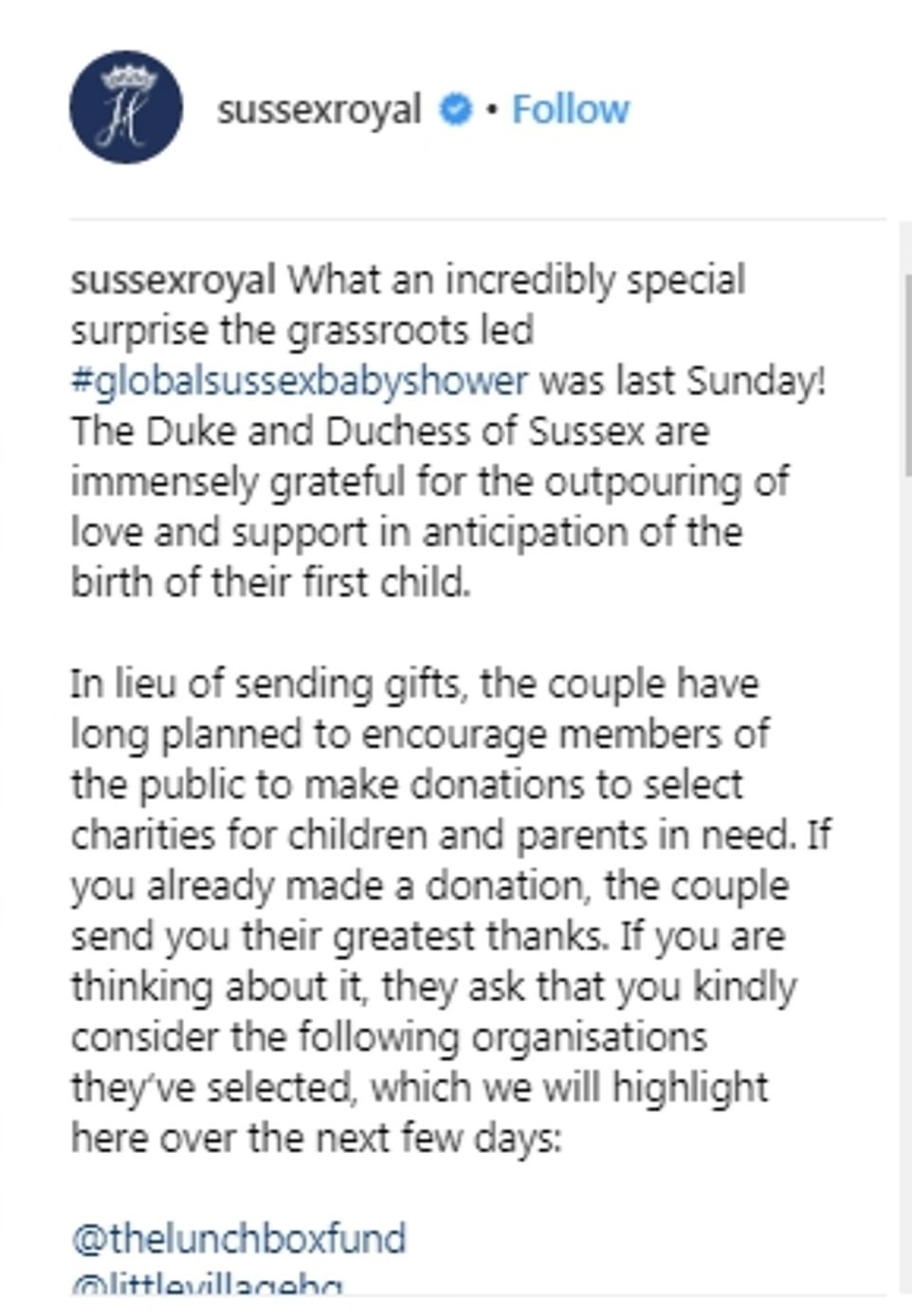 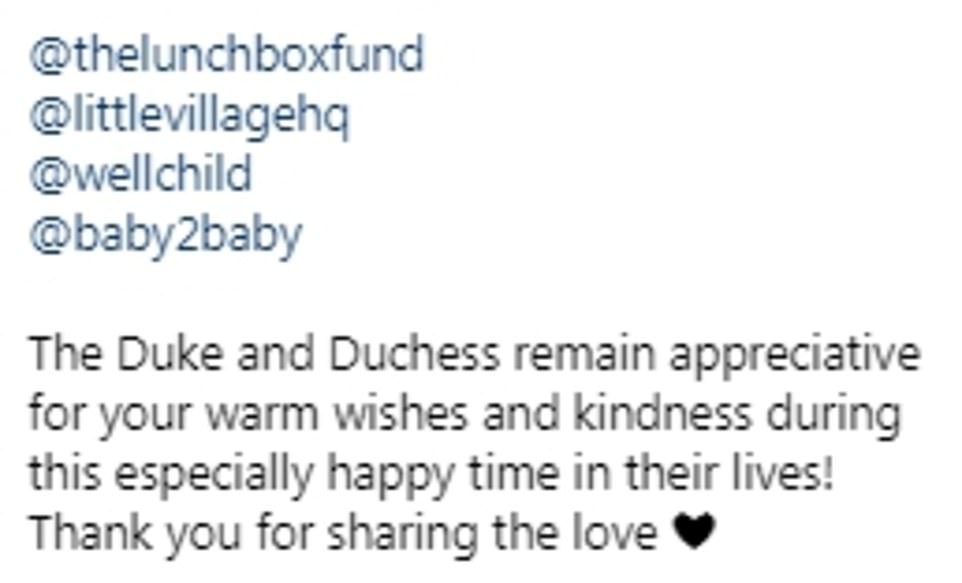 But instead of fans sending more gifts, they recommended four charities which they could support: The Lunchbox Fund, Little Village HQ, WellChild and Baby2Baby

But they added: ‘In lieu of sending gifts, the couple have long planned to encourage members of the public to make donations to select charities for children and parents in need.

‘If you already made a donation, the couple send you their greatest thanks.

‘If you are thinking about it, they ask that you kindly consider the following organisations they’ve selected.’ 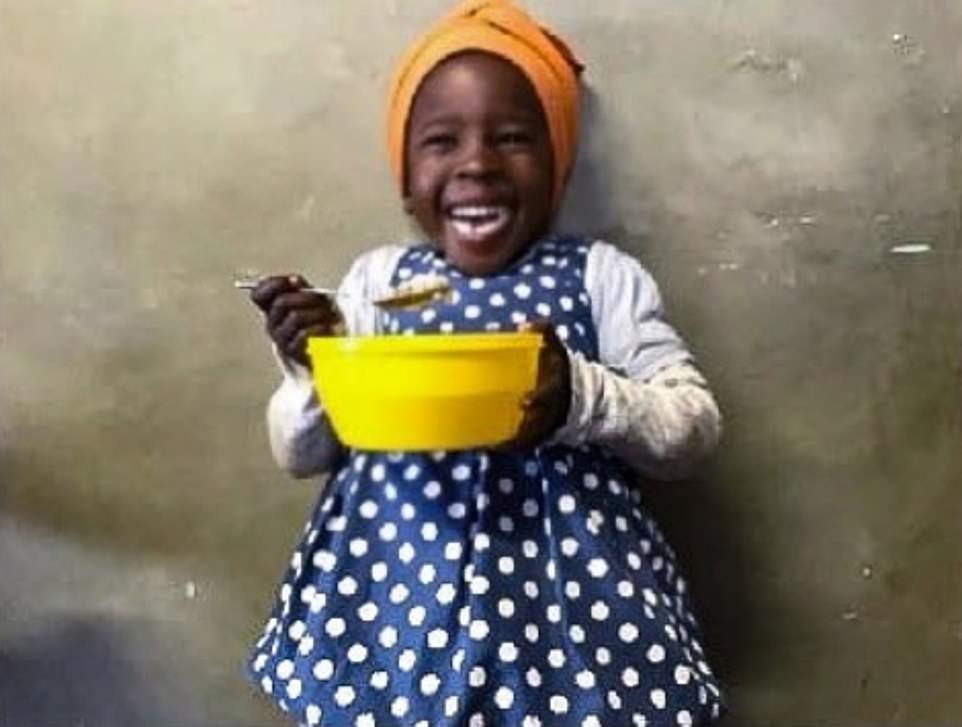 According to a list of official gifts presented to the royal family in 2018, Harry and Meghan’s new baby has already received more than 90 soft toys, 19 teddy bears, a pair of wellies and 15 baby vests.

Baby milestone cards were also among the gifts, as well as hats and dungarees. 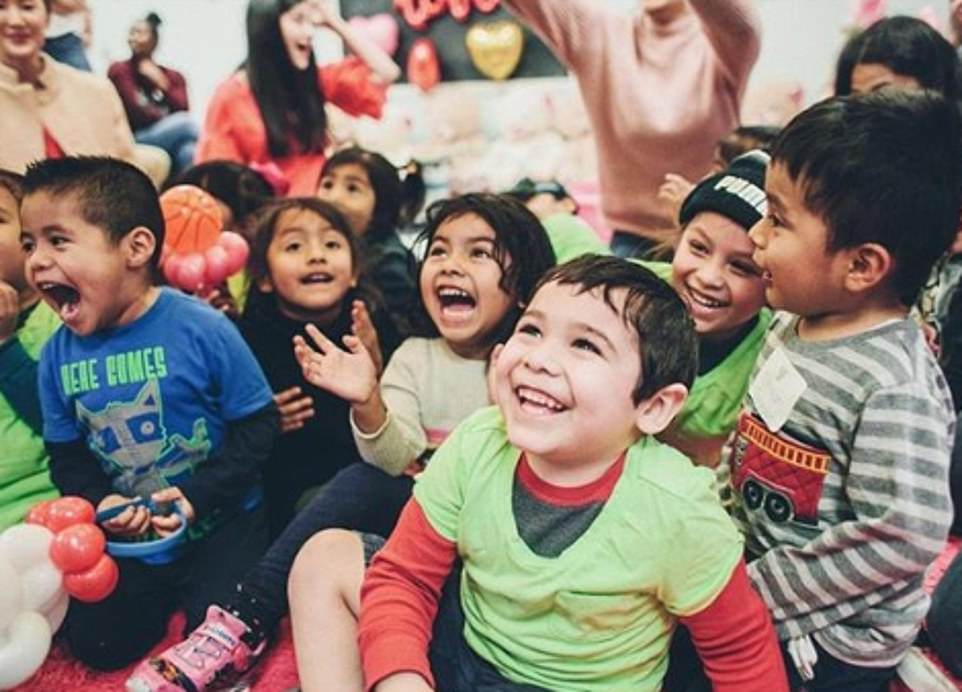 Last month, some other favourite charities of the royal couple were inundated with donations after Twitter campaign #GlobalSussexBabyShower encouraged fans to support Meghan’s causes.

Fans of Meghan, 37, celebrated the upcoming birth of Baby Sussex with the hashtag and asked one another to share donations or other items with charities associated with the Duchess of Sussex.

Charities including the Mayhew, an animal welfare charity, and CAMFED, which works to educate girls in rural Africa, were among those that received donations from the campaign. 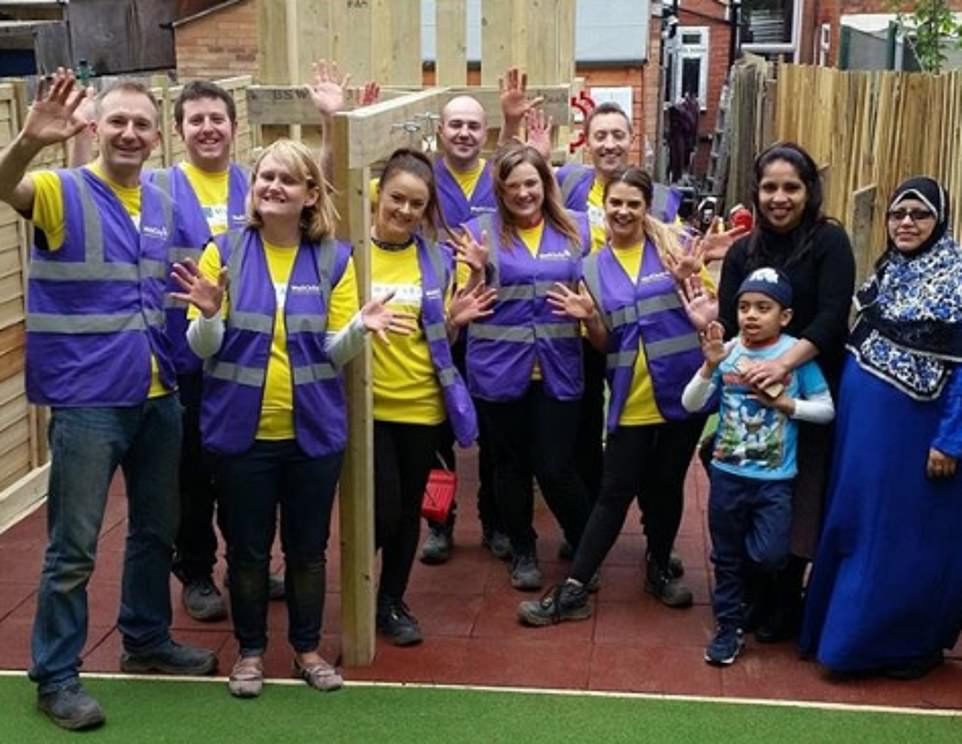 After the Twitter campaign took off CAMFED posted on social media to say they were ‘floored’ by the response to the campaign, writing: ‘You made our year!’

Harry and Meghan recently went for some relaxation time ahead of their child’s arrival by going on a lavish three-night £33,000 ‘babymoon’ at a five-star Hampshire hotel.

The couple stayed at the five-star Heckfield Place hotel in Hook, Hampshire, which is an 18th-century Georgian mansion and a favourite among celebrities.

They booked out the most expensive apartment, which for £10,000-a-night boasts its own dining room and private terraces. 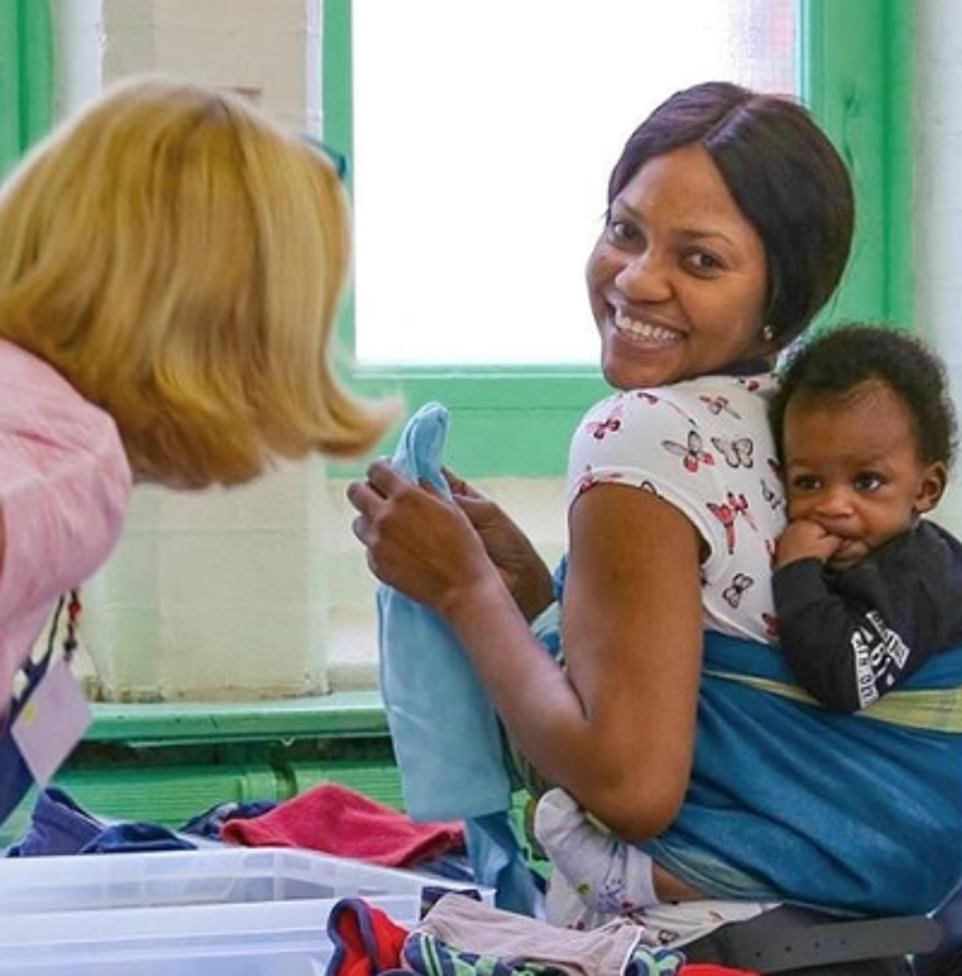 Little Village HQ has offices in Wandsworth, Camden and Southwark and provides donated clothes for children under five who are in need

The bolthole of the stars: Heckfield Place Hotel

In 1794, Jane Austen’s mother wrote a poem about her daughter not being invited to a dinner given by the Lefevre family at Heckfield Place, an 18th Century Georgian manor house.

The 480-acre estate in the Hampshire countryside has 45 rooms and suites, two lakes, and its own arboretum and staff are dressed as if on the set of a period drama, with billowing skirts, waistcoats and frilly necklines.

The Duke and Duchess of Sussex, who are set to welcome their new baby in just a few weeks, stayed at Heckfield Place hotel (pictured) which is situated in 400 acres of countryside

An entire farm has been created to supply Heckfield, including an orchard with more than 400 fruit trees. The manager of the organic farm even shampoos its pigs in tea tree. All the food – under the guidance of Skye Gyngell – is homemade, from the mustard to the butter.

Hong Kong-born American billionaire Gerald Chan (co-founder of a private equity group) planned to relaunch Heckfield Place after a loving renovation in 2012, but wasn’t satisfied with the finished product.

In October 2018, it finally came to life, with one glossy mag suggesting it could be the ‘most exciting country house hotel to have opened in the past 21 years’.

Chan, who is based in Boston, was dubbed the ‘invisible billionaire’ by the Boston Globe because of his low profile.

The 63-year-old has four university degrees, is on the Forbes billionaire list, and gifted Harvard University some $350 million. As a thank you, Harvard renamed its public health school after Chan’s late father.

In November last year, Harry and Meghan announced that they will be moving to Frogmore Cottage in Windsor, despite their 21-bedroom apartment in Kensington Palace recently being renovated for £1.4million.

It was previously thought they would take a spacious main apartment inside the palace in preparation for the imminent arrival of their baby.

The Queen has gifted Harry and Meghan Frogmore Cottage, which will also need to undergo ‘major building work’ and a multi-million pound revamp to transform it from staff accommodation to a family home.