Harry Connick Jr on Sinatra, guns and the genius of Cole Porter

It was an offer he couldn’t refuse but would always regret. The multi-talented jazz pianist, composer, arranger and actor Harry Connick Jr, then 22 years old and the new hotshot on the block, had been asked to perform for Frank Sinatra at The Beverly Hilton hotel in Hollywood on the occasion of his 75th birthday.

Frank was there in the front row. A dream engagement, you would have thought.

‘It was a nightmare,’ groans Connick, now 52. ‘Right before I went on I saw Ella Fitzgerald sitting backstage. She said, “I’m so nervous – I used to see Frank at the Paramount and I’m such a fan.” Now I’m terrified.

‘So I go out and sing More. It was a Quincy Jones arrangement, Henry Mancini was conducting the orchestra. I was surrounded by greatness. Sinatra was 20 feet away from me.

‘And it went wrong. I forgot the words. It was just disastrous. After the concert I said to my girlfriend, Jill, who is now my wife, “I have to explain why I screwed up.” I wanted to tell him I’d had a really bad night because I was intimidated.

‘Frank was getting into the elevator with his wife and we got in. I said, “Mr Sinatra, I’m the guy who just sang. I want to tell you that I’m a lot better than that.”

‘He looked at me and he looked at Jill. Then he took her face in his hands and said, “You’re beautiful.” And he kissed her on the mouth and walked out. It was so aggressive.’

Connick agrees that ‘if any guy in the world other than Frank Sinatra does that to you, you’d definitely spark him out’. He rubs his stubble. ‘Man, that was a rough one,’ he exhales.

But character-building, as Sinatra would doubtless have insisted. Connick went on to become a three-time Grammy-winning superstar, estimated to be worth £36 million, with an equally enviable film and TV career.

He has been married to the former Victoria’s Secret model Jill Goodacre Connick for 25 years and has three daughters.

‘I love my wife,’ he says proudly, regaining his composure and pointing to his wedding band. ‘And I work really hard for this ring.’ 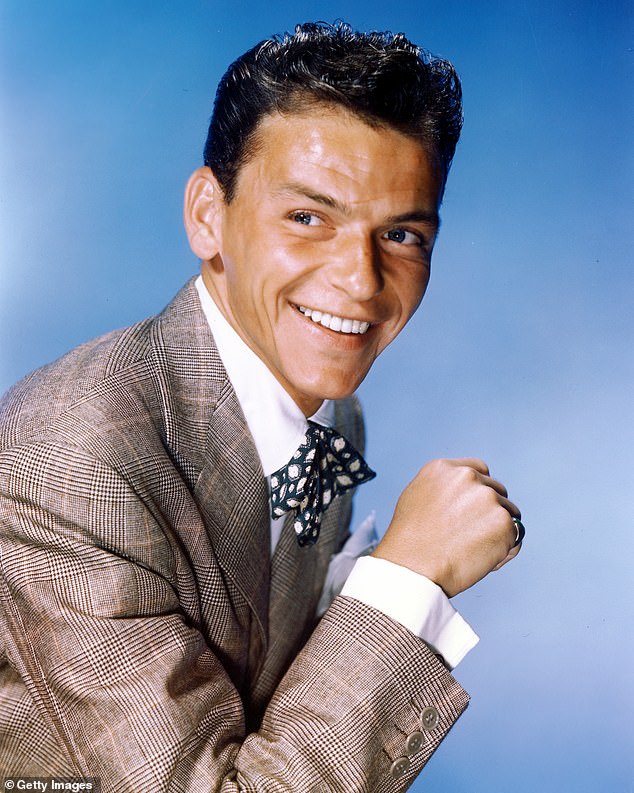 Harry Connick Jr, then 22 years old and the new hotshot on the block, was asked to perform for Frank Sinatra at The Beverly Hilton hotel in Hollywood on the occasion of his 75th birthday. Frank was there in the front row. A dream engagement, you would have thought…

The latest focus of Connick’s relentless work ethic is the songwriting giant Cole Porter, whose witty numbers came to embody the flirty Thirties and naughty Forties. Connick has sung, played piano on and arranged an album, True Love: A Celebration Of Cole Porter, in which he breathes new life into classics such as Just One Of Those Things, I Love Paris and Anything Goes. He will follow the LP with an ambitious Broadway show of Porter’s music.

Lyricist Alan Jay Lerner once quipped that Porter was ‘a homosexual who had never seen a closet’, but Connick says that inhabiting the writer’s songs came easily. ‘I come from New Orleans,’ he laughs, relaxing in a London hotel. ‘Anything goes, literally.

‘But being a gay man at a time when you couldn’t discuss [being gay] had to be difficult. Although he wrote some really risqué lyrics.

‘Love For Sale,’ he croons softly, by way of example. ‘ “If you want to buy my wares/Follow me and climb the stairs.” These were songs that weren’t even allowed to be sung then.

‘It’s All Right With Me was about one-night stands, while Mind If I Make Love To You shows he was aware of what he was doing.’

Although Connick has ‘taken a deep dive’ into Porter’s work, he was surprised to learn that the songwriter had shock treatment for depression and stopped speaking in his final years. ‘He was in all kinds of agony,’ Connick says of the songsmith who died of kidney failure in 1964, aged 73, having had a leg amputated. ‘He was in immense physical pain.’

Despite being a modern man who used all the latest technology on the Porter project, Connick appears like he has just stepped off a Fifties movie set.

The singer agrees that he’s old-fashioned. ‘When my wife gets into the car, I open the door for her,’ he shrugs. ‘It might be raining, I might be tired, but I open the door. I told my girls to expect it too.’

Family is sacred to Connick, his own mother having died of ovarian cancer when he was 13.

I mention to him that Madonna, Bono and Bob Geldof also lost their mothers young and that such trauma can sometimes lead to highly driven personalities as the child strives to fill what Geldof calls ‘a mum-shaped hole’.

‘I have heard that,’ nods Connick. ‘That part of the reason I’m so driven is because I want to make up for something I missed with my mother. My sister is a psychiatrist but we’ve never talked about it. She’s driven too.’

If any guy in the world other than Sinatra did that, you’d spark him out

We meet on the 30th anniversary of When Harry Met Sally, the romantic comedy starring Billy Crystal and Meg Ryan that changed everything for Connick in 1989. He sang the soundtrack’s suave selection of big-band standards, most memorably It Had To Be You, which became his trademark tune.

‘We had no idea how successful the movie would be,’ says Connick. ‘It was much bigger than anything I had ever done. Big orchestra, big director [Rob Reiner]. It was all new.’ Just as Ryan’s infamous fake orgasm scene at Katz’s Delicatessen in New York was a first for cinema audiences. ‘I was at that deli not long ago with my three girls,’ Connick chuckles. ‘I don’t think they’ve seen the film. I said, “A very famous scene happened at that table over there,” and I told them about it.’

He may exude Southern charm but, according to reports, Connick is not a man to mess with. In 1992 he was arrested at New York’s JFK Airport for attempting to board a plane with a gun in his bag.

‘Sometimes the internet blows things out of proportion,’ he says. ‘I said, “I have an undeclared firearm. How do I put this in my luggage?’ It was a gift, an antique collector’s item from the former Czechoslovakia. It wasn’t like a loaded hand gun or anything.

‘But it happened to be the arresting officer’s first day on the job. He threw me in jail,’ Connick grimaces. ‘I wasn’t thrilled about it.’ 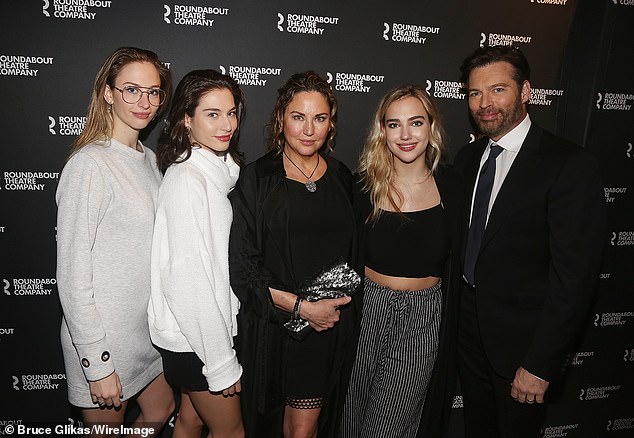 Connick with his wife of 25 years, Jill, and their daughters Georgia, Kate and Charlotte at the opening night of Kiss Me Kate on Broadway the earlier this year

Such experiences have served his acting endeavours well. He has portrayed serial killers, lovers and losers in films such as Copycat and Bug and the US sitcom Will & Grace.

But for Connick, nothing will be as heavy as the night he performed for Frank. ‘After he had kissed Jill,’ he recalls, ‘Barbara, his wife, said, “He enjoyed your performance.” Then started laughing.’

As for Ol’ Blue Eyes, Connick is still uncertain if he got a kick out of it. ‘Frank didn’t say a word,’ he sighs. ‘I guess I’ll never know what he was thinking.’

‘True Love: A Celebration Of Cole Porter’ is out on October 25 on Verve Records