Harvey Weinstein arrived to court grinning ear to ear as he arrived to his high-profile rape trial clutching onto his walker, as three more accusers are expected to testify against him by the end of the week.

On Tuesday secondary witnesses will take the witness stand to testify about records related to the investigation of Weinstein.

The rest of the week could see two women, known as ‘Molineux’ witnesses, testify about alleged ‘prior bad acts’ by the movie producer. Key witness Jessica Mann who claims Weinstein raped her at a New York hotel in 2013, is also expected to testify.

The 67-year-old film producer appeared to be in good spirits as the rape trial stretches into its second week at the State Supreme Court in Manhattan. He stands accused of five felony counts including rape and predatory sexual assault.

A final Molineux witness will testify next Monday, completing the bulk of a prosecution case that began last Wednesday.

Harvey Weinstein, 67, clutched onto his walker as he arrived to Manhattan Criminal Court on Tuesday for his rape trial 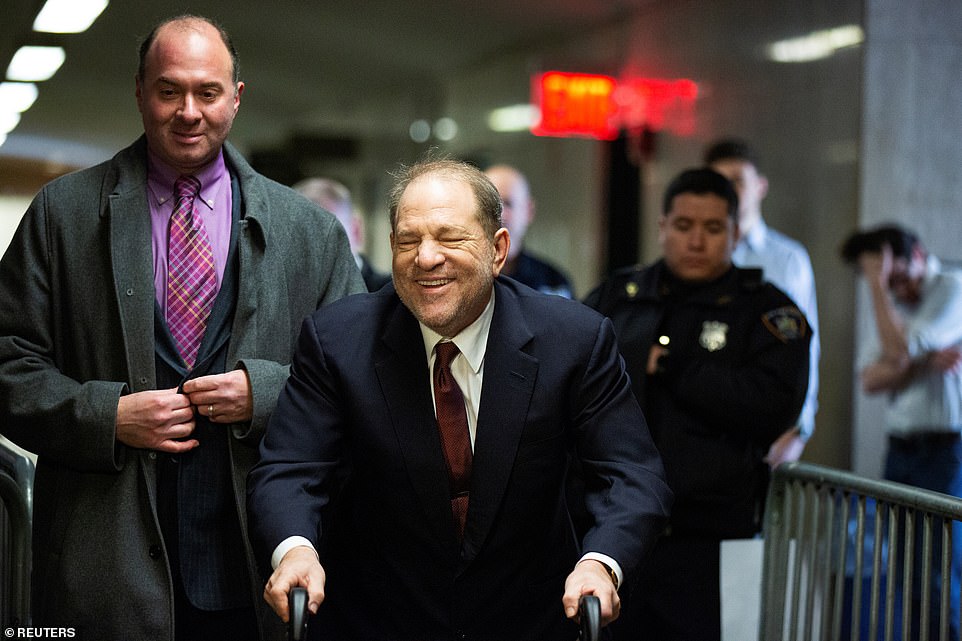 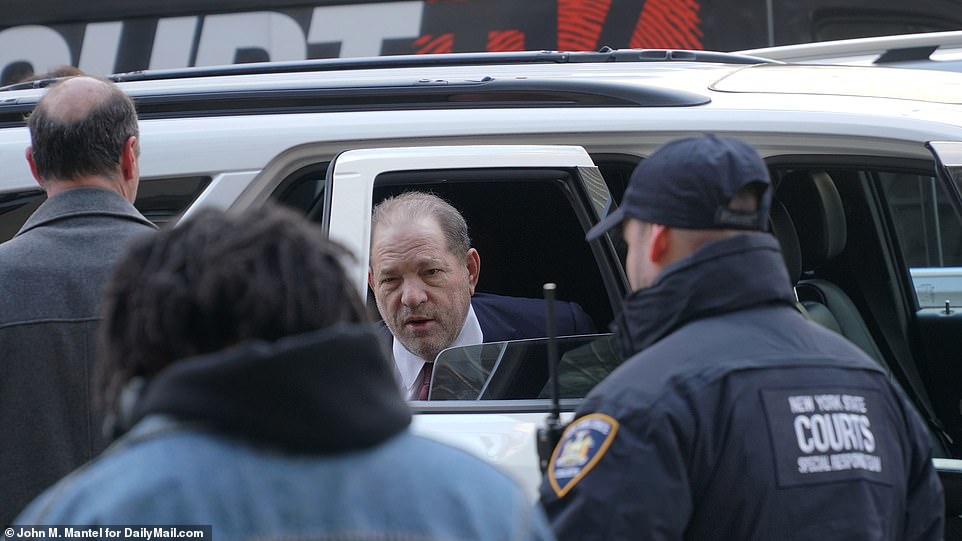 On Tuesday secondary witnesses will take the stand as the trial, where the 67-year-old film producer is accused of five felony counts including rape and predatory sexual assault, stretches into its second week

On Monday former Haleyi, whose allegations are at the heart of the Weinstein case, broke down in tears as she recounted how the film honcho, who got her a job at Project Runway, allegedly forcibly performed oral sex on her while she was on her period at his New York City apartment in 2006. She also claimed he raped her at a TriBeCa hotel two weeks afterwards. 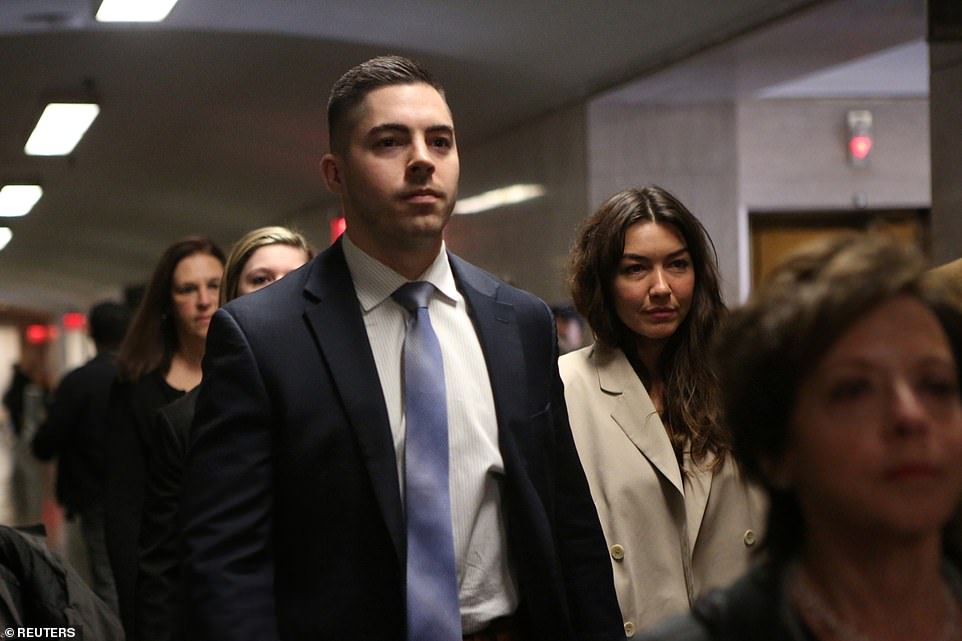 Haleyi, who worked for Project Runway – a reality show which Weinstein produced, pictured arriving to court on Monday 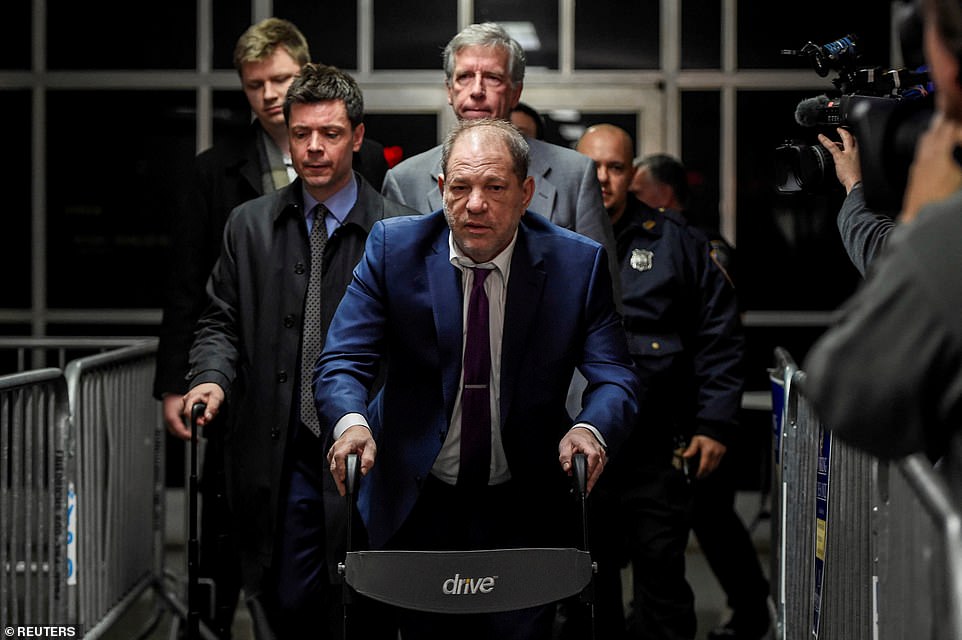 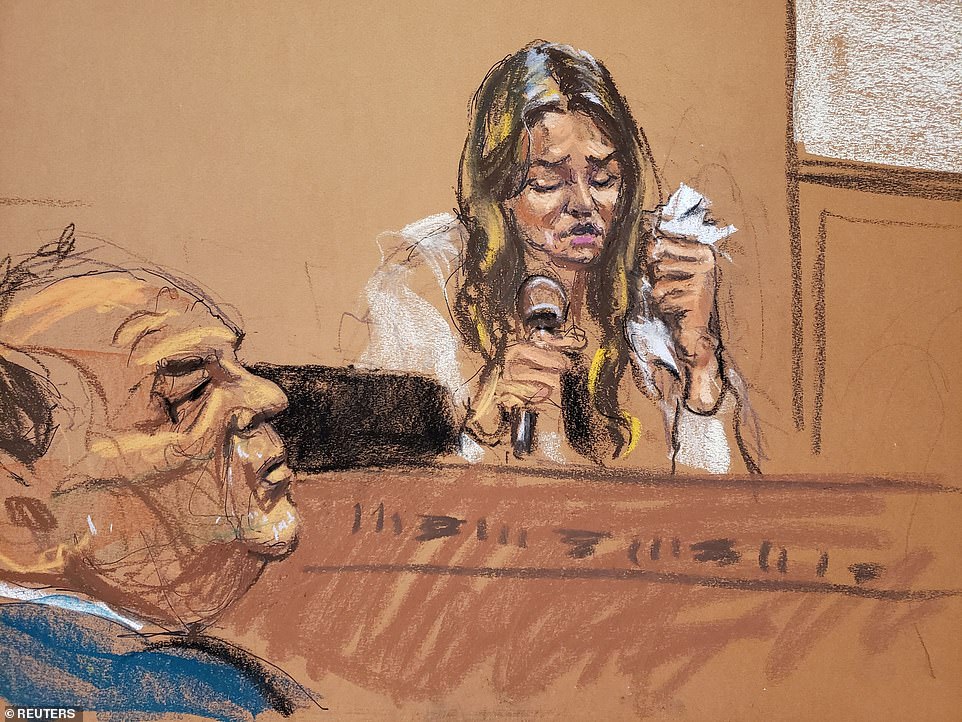 Weinstein’s charges stem from Haleyi’s allegations and those of another woman claimed Weinstein raped her in a New York City hotel in 2013.

He has pleaded not guilty to those charges and maintains that those interactions were consensual.

Last week Sciorra testified that Weinstein forced his way into her Manhattan apartment one winter night in 1993 or 1994 and violently raped her.

Who are Weinstein’s accusers set to testify in court

One is actress Annabella Sciorra who claims Weinstein raped her in her New York City apartment in 1993.

A second is Mimi Haleyi, who claims Weinstein forcibly performed oral sex on her inside his apartment in 2006.

A third accuser, Jessica Mann, claims the movie mogul of raped her in a Midtown Manhattan hotel in 2013.