Has Brooklyn Beckham found a venue at the five-star Borgo Egnazia in Italy for his wedding?

Beckingham Palazzo! Has Posh’s young prince Brooklyn Beckham found a venue at the five-star Borgo Egnazia in Italy for his wedding to Nicola Peltz?

When David and Victoria Beckham got married at an Irish castle in 1999, they perched on matching golden thrones during a lavish £500,000 ceremony.

Now their son Brooklyn could be set for an even more extravagant affair when he ties the knot with model Nicola Peltz.

His mother, Posh Spice Victoria, took the couple around a romantic Italian palazzo last week, and was overheard telling the bride-to be: ‘It’s your day, we want to make it special… so whatever you want.’ 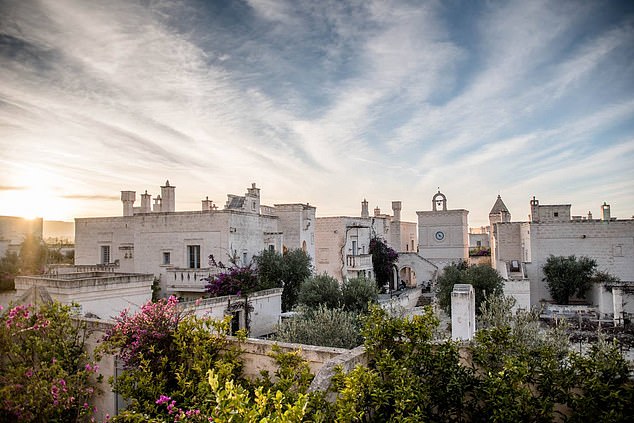 But special comes at a price: weddings at the five-star Borgo Egnazia in Puglia, on the Adriatic coast, can cost as much as £3 million.

Brooklyn’s three siblings, Romeo, Cruz and Harper, also took the tour of the carefully landscaped grounds, which are modelled on a traditional Italian village.

The luxury hideaway is where Madonna spends her summers, famously celebrating her 59th birthday there in 2017, and it was also the venue for the wedding of Justin Timberlake and Hollywood actress Jessica Biel in 2012.

It is understood that Brooklyn, 21, first fell for the charms of Borgo Egnazia when he visited last summer.

The Beckhams stopped at the £135 million resort during a holiday to Italy and France.

They enjoyed a meal at its Michelin-starred, £180-a-head Due Camini restaurant before heading to the South of France to join Brooklyn’s godfather Sir Elton John on his yacht. 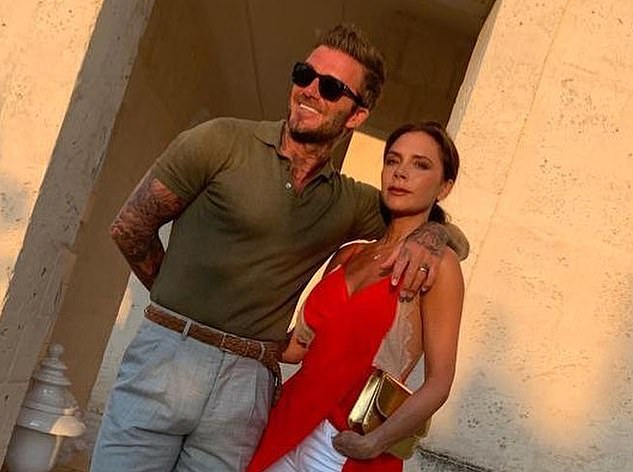 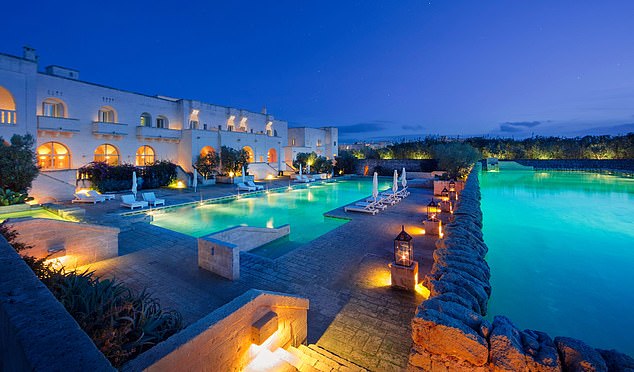 Weddings at the five-star Borgo Egnazia in Puglia, on the Adriatic coast, can cost as much as £3 million

The hotel, which has been described as the most beautiful in southern Europe, boasts two private beaches and a spa which is listed in the top ten in the world.

Friends say the former Spice Girl is ‘extremely excited’ that her son is marrying Miss Peltz, whose family are thought to be worth £1.3 billion – almost three times the estimated £370 million Beckham fortune.

One said: ‘Victoria fell in love with Nicola immediately. She is absolutely delighted that her son has landed himself a partner from such a wholesome, rich American family.

‘She hasn’t always approved of Brooklyn’s girlfriends, but Nicola is a dream come true for her. Victoria made sure she became part of the Beckham family very quickly indeed.’

Last week, Brooklyn revealed in a gushing Instagram post that he had proposed to his girlfriend of eight months, writing: ‘Two weeks ago I asked my soulmate to marry me and she said yes.

‘I am the luckiest man in the world. I promise to be the best husband and best daddy one day. I love you baby.’

He also posted a photograph of him embracing his fiancee, who was wearing a dress designed by his mother and showing off her gold ring, thought to have cost £160,000.

She replied: ‘I’m so lucky to call you mine.’