Haunting portraits of WW1 heroes to be etched into the sand

On November 11, 1918, the great tide of blood that had swept Western Europe and many other parts of the world since 1914 was at last stemmed by the Armistice.

It is a day we have marked every year since. This year, the hundredth, has to feel different.

That is why an organisation called 14-18 NOW has teamed up with local arts groups to bring the past into the present and make us freshly aware of the sacrifices of that terrible war.

Across Britain, local communities will be able to watch as their beaches are transformed to reveal portraits of soldiers who gave their lives for their country.

We wanted to suggest a way in which we could all acknowledge those sacrifices together.

Across Britain, local communities will be able to watch as their beaches are transformed to reveal portraits of soldiers who gave their lives for their country. Above, Captain C. N. Taylor is pictured in a mock-up of how the beaches will look

This was not intended to replace formal ceremonies that will take place at The Cenotaph and war memorials all over the country, but something that could underline the significance of a century and be celebrated alongside them.

Rudyard Kipling’s poem, ‘My Boy Jack’ was written in 1917 in response to the losses in the Battle of Jutland. It also reflects his deeply personal feelings about the disappearance of his son John at the Battle of Loos in 1915: ‘Have you news of my boy Jack? / Not this tide.’ 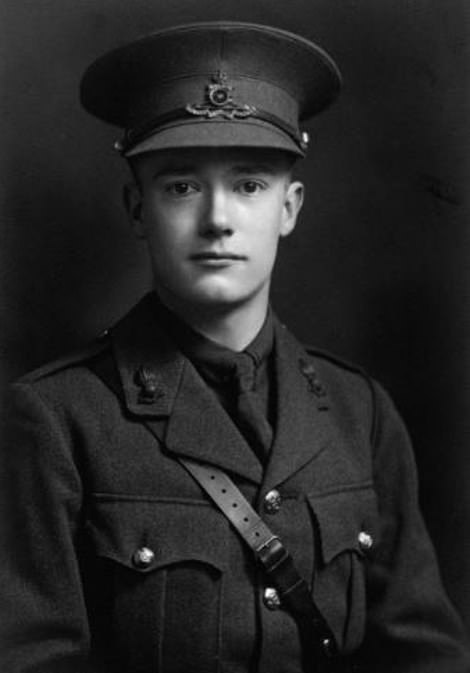 Captain C. N. Taylor (pictured) served in the Royal Field Artillery, which provided gunnery support for the infantry. It is not known when Captain Taylor died

The poem has come to represent, for many of us, our own feelings about the millions of unknown soldiers lost to history.

Kipling’s tide, and the thought of those men and women who left these shores to serve, made me think of the beaches that surround these islands as a possible space where people could come together and commemorate the century since their fight ended: To say goodbye.

The shoreline belongs to everyone, it is a democratic space, where only the sea rules; at once a personal and public landscape.

And these same beaches are where so many soldiers and service people left from. I liked the idea of people coming together in their own way, or with their local community, to celebrate and commemorate, but without too much formal ceremony.

We want to create portraits of some of those who were lost, drawn in the sand between low and high tide.

The portraits will be created by specialist sand sculptors as the tide goes out in the morning, and gently erased by the sea as the tide returns.

I can think of no more fitting site, for instance, than Folkestone beach, the port through which ten million men and women passed on their way to and from France.

Some of them, like the poet Wilfred Owen, did not come back. He swam from Folkestone beach the day before he left for the front for the last time in 1918. So we will draw his portrait there.

He, and the other poets, brought the war home in a way that the newspapers and newsreels could not, so — in honour of them — we asked the Poet Laureate, Carol Ann Duffy, to write a new poem to mark the event.

I have brought my daughters up on Duffy’s work and she remains, for me, one of the blazing talents of English poetry.

I like to think Wilfred Owen would have been pleased with the simplicity and beauty of what she has written. 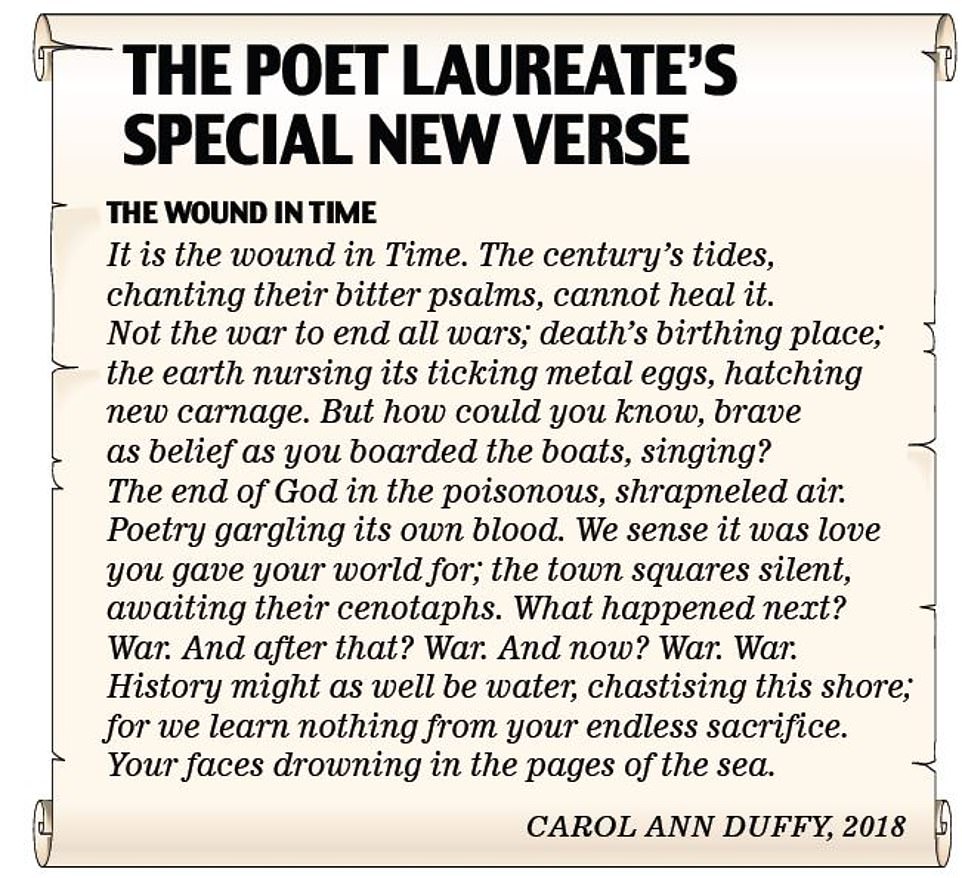 The closing line of her poem, ‘Your faces drowning in the pages of the sea’, has given us the title for this project: ‘The Pages of the Sea’.

So, no speeches, but a simple poem, that can be read silently or aloud, singly or in chorus, on the beach. You can decide how you want to do it.

Please join us on Sunday at the Pages of the Sea beaches to fill the shorelines around the UK, and stand together, as we watch the faces of the dead disappear.

Our beaches are spaces where time is relevant only in relation to the tide; where it’s possible perhaps to imagine standing beside those young expectant folk who cannot imagine what awaits them, and to say a final goodbye and an endless thank you. 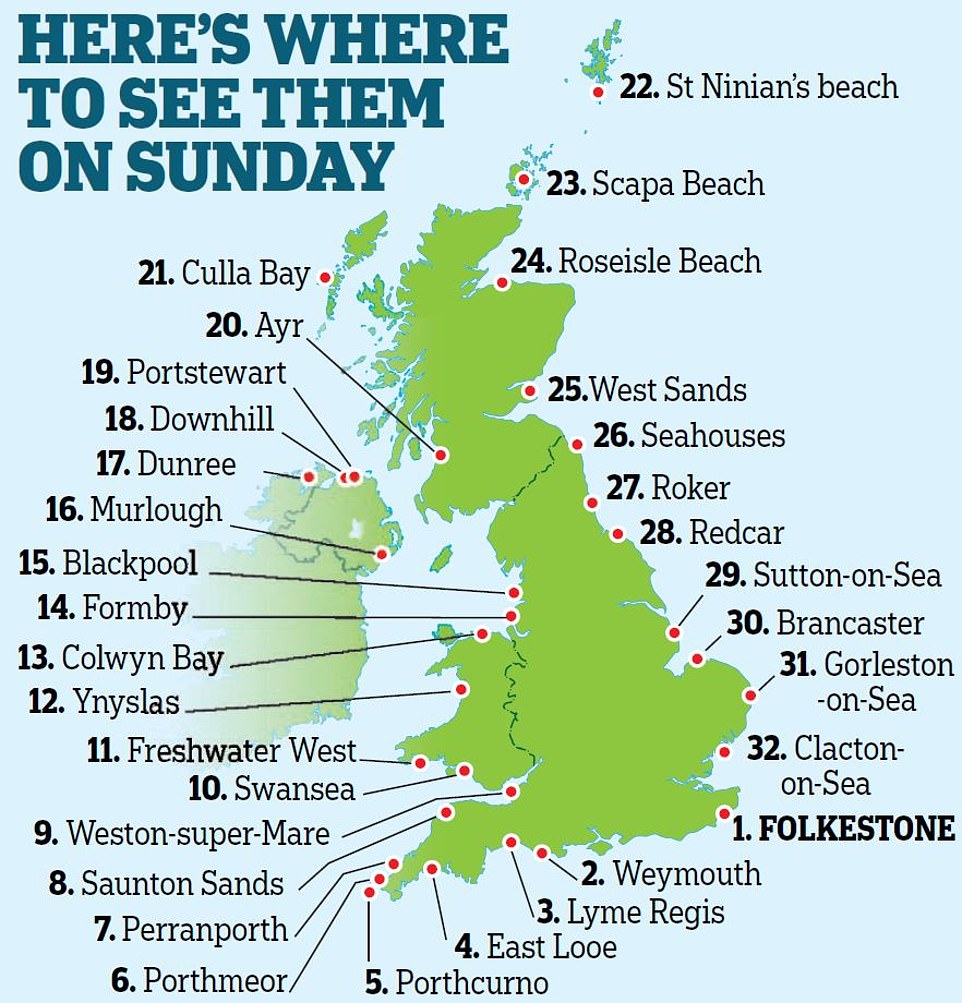 SO WHICH WAR HEROES WILL BE HONOURED IN YOUR AREA?

One of Britain’s most celebrated war poets, Wilfred Owen composed nearly all his works from August 1917 to September 1918. He first left for the front from Folkestone on December 29, 1916, having written a letter in the Metropole Hotel the previous day.

Stanley was born in Tasmania and enlisted in August 1915, joining the 47th Infantry Battalion, Australian Imperial Force. In March 1918 at Dernancourt, he won the Victoria Cross after single-handedly repelling a German attack and, just days later, the Military Medal. 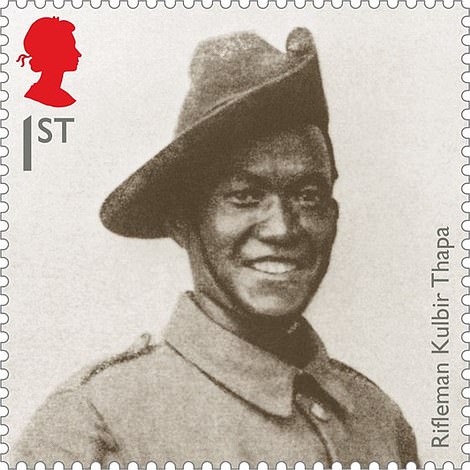 Kulbir Thapa made history as the first Gurkha to win a Victoria Cross. He was born in Nigalpani, Nepal, and in 1907 enlisted in Queen Alexandra’s Own Gurkha Rifles. On September 25, 1915, he found a badly wounded English solider behind German lines and stayed with him all day and night — despite being injured himself.

Kenneth was born in Pelynt, Cornwall, to Mary and Reverend Canon William Grigson. As a second son with six brothers, he would have been expected to join the priesthood himself, until the outbreak of war intervened. He became a sergeant in the 7th Company, Reserve Battalion, Devonshire Regiment, later gaining the rank of captain.

Richard was the only son of Lady Constance Mary and Rear Admiral Sir Charles John Graves-Sawle. He trained at Sandhurst and in 1908 enlisted in the 2nd Battalion Coldstream Guards. On August 6, 1914, he married Muriel Heaton-Ellis, but six days later left for France.

Edward was the son and heir of Lady Catherine and Sir Edward Hain, a prosperous Cornish shipping and land owner. In 1912, he joined the Cornish Squadron of the 1st Devon Yeomanry and the next year married Judith Wogan-Browne of Naas, Kildare. At the outbreak of war, he rejoined his regiment and was promoted to captain a fortnight later. 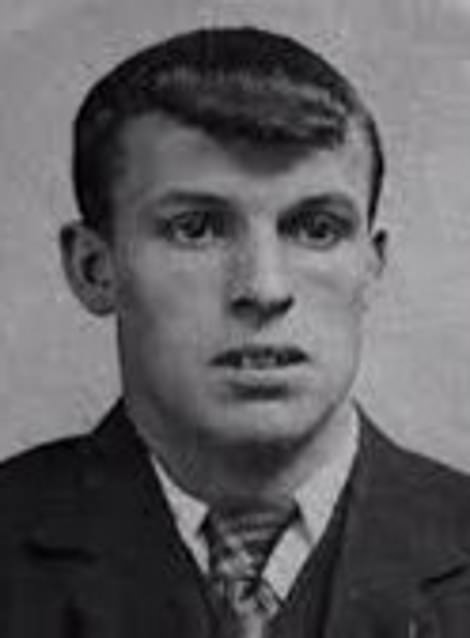 Archie survived the sinking of the Titanic, only to perish in the sinking of a hospital ship in 1917. He was born in Bude, Cornwall. He first went to sea aged around 15 and signed on with the Titanic in 1912 as a lookout. He was in his berth when the liner struck an iceberg.

Ralph was born in Bengal, India, and educated at Eton. At the outbreak of war he volunteered, joining the 1st King George’s Own Sappers and Miners, attached to the Meerut Division, Indian Expeditionary Force, sailing from Bombay.

In May 1918, John, aged only 23, became the youngest lieutenant colonel in the British Army. He was awarded the Distinguished Service Order for conspicuous gallantry and devotion to duty. After the enemy had penetrated allied lines, John went forward through a heavy barrage to rally the troops and repel repeated attacks.

Dorothy was a worker at the Pembrey Munitions Factory, Llanelli. The women there were known as ‘munitionettes’ and worked long hours in dangerous conditions. The 18-year-old was one of six killed in an explosion at the site.

Born in Bridgend and raised in Porthcawl, Charles was a keen rower at Pembroke College, Cambridge. But any hopes of gaining a Blue for the university were halted by the outbreak of war, when he was granted a commission in the Bedfordshire regiment. He fell in an attack at La Courcelette. 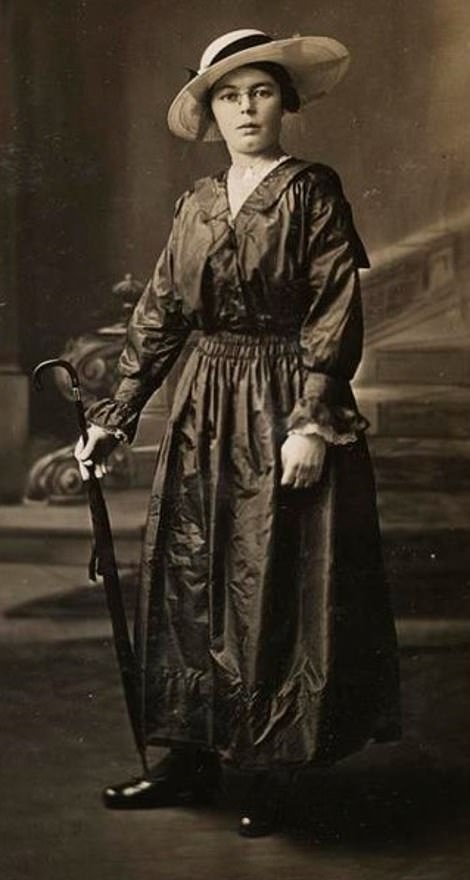 Dorothy Mary Watson was a worker at the Pembrey Munitions Factory, Llanelli. The 18-year-old was one of six killed in an explosion at the site

Richard was born in Borth, Cardiganshire/Ceredigion, near Ynyslas beach, and in 1888 married Mary. By 1917, Richard was a deck hand on the naval trawler Evangel, as a member of the Royal Naval Reserve, the fleet’s volunteer force of civilian sailors.

Wales’s most famous poet of the Great War. As a Christian pacifist, Ellis believed he could never kill anybody so stayed with his family during the first years of the war, although he eventually joined up to spare his 18-year-old brother Bob. He was killed going over the top on the first day of the battle of Passchendaele.

John was born in Altrincham, Cheshire, eldest son of William, a justice of the peace. He enlisted in January 1915, training recruits until October 1916, and was then drafted into the 5th Battalion (Earl of Chester’s), Cheshire Regiment at Condé-Folie near the Somme.

John was one of the first Lancastrians killed during the war. He was a member of the 1st Battalion, King’s Own Royal Lancaster Regiment. At the outbreak of war, his unit was stationed in Dover and quickly mobilised, arriving in France on August 23, 1914.

Born in Dundrum, County Down, close to Murlough Beach, John was one of several men from the area to perish at Passchendaele. He has no known grave and is commemorated on the Tyne Cot memorial, Belgium, along with 35,000 others.

Died while serving aboard the SS Laurentic, which sank off the Donegal coast after she struck mines laid by a German U-Boat. It took only 20 minutes for the ship to go down. She was carrying soldiers back to Canada, but was also laden with an estimated 43 tonnes of gold ingots worth £300 million. 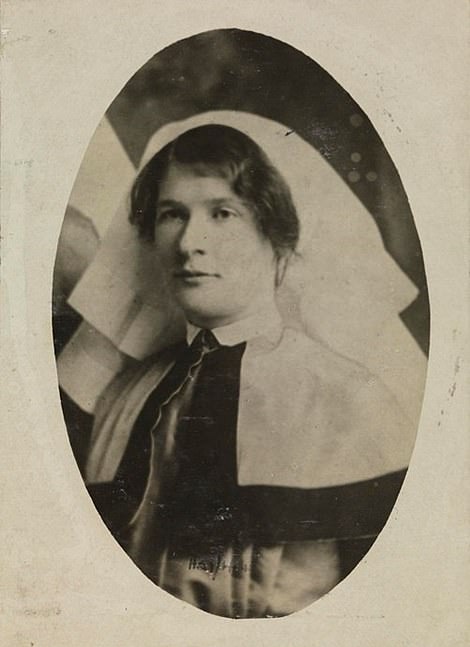 Rachel was part of Queen Alexandra’s Imperial Military Nursing Service. She served in Italy, where Commonwealth forces operated from November 1917.

There will be silhouettes rather than a large-scale portrait.

One of Britain’s first black professional footballers, Walter was also the first black officer to command white troops. In 1914, he volunteered for the Footballers’ Battalion, 17th Middlesex regiment.

One of six brothers who all went to war. Out of the six, Duncan and his brother Neil (born 1899) were killed. He served on the armed trawler Corona, which was sunk near Ramsgate, Kent.

There will be silhouettes rather than a large-scale portrait.

Robert joined the National Bank of Scotland before enlisting in Kirkwall on July 6, 1915. He was made a Second Lieutenant in the Special Reserve on October 1, 1915.

Son of the professor of moral philosophy at the University of Aberdeen, Charles was travelling in Germany at the start of hostilities. He applied for a commission in the Suffolk regiment and was killed in the Battle of Loos at the age of 20.

DR Inglis trained as a surgeon in Edinburgh and Glasgow and was instrumental in setting up the Scottish Women’s Hospitals for Foreign Service Committee, a body funded by the suffrage movement. 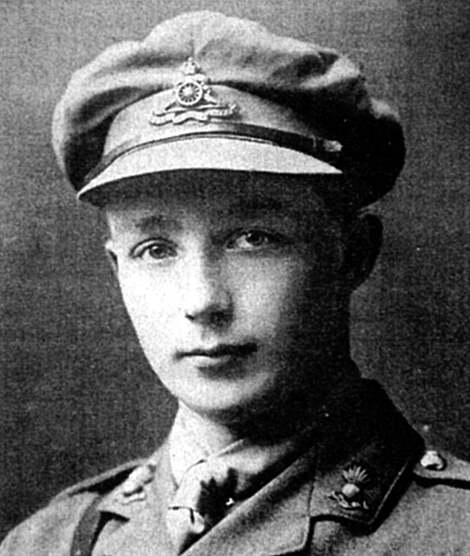 Lieutenant Robert William Taylor joined the National Bank of Scotland before enlisting in Kirkwall on July 6, 1915

Hugh was born in Houghton-Le-Spring, County Durham, and served in the Life Guards. The laying of explosive mines below enemy positions became a key tactic, leading to a reliance on miners from areas such as County Durham.

Theophilus, of the Durham Light Infantry is believed to have been the first military casualty on British soil from enemy fire during World War I. Born in Darlington, County Durham, Jones was on guard duty in the town when the German navy launched a bombardment.

Basil was born in Sheffield, and joined the 8th Battalion, Royal Berkshire Regiment in 1915. He was killed in action on the first day of the Battle of Loos.

Stephen was born in Halvergate, Norfolk. By 1916, he had joined the Royal Field Artillery as a driver, trained in the management and use of horses. He served in the Salonika campaign, fighting the Bulgarians and their allies.

There will be silhouettes rather than a large portrait.

There will be silhouettes rather than a large portrait.

Find out more at www.pagesofthesea.org.uk