Hawaii man gets trapped in the gap between two buildings

A Hawaii man fell off a roof and became trapped in a 10-inch wide gap between two buildings for three-and-a-half excruciating hours as authorities struggled to pry him free.

The man who is reportedly homeless and goes by Mike, 55, was playing with a baseball when he fell 12 to 15 feet into the gap on Makaloa Street in Honolulu according to Hawaii News Now.

The bizarre fall took place around 2pm on Friday calling for more than 20 firefighters to arrive on the scene to cut him free.

A homeless man named Mike, 55, was playing with a baseball on a Honolulu roof when he fell in the crevice between two buildings and became stuck for four hours 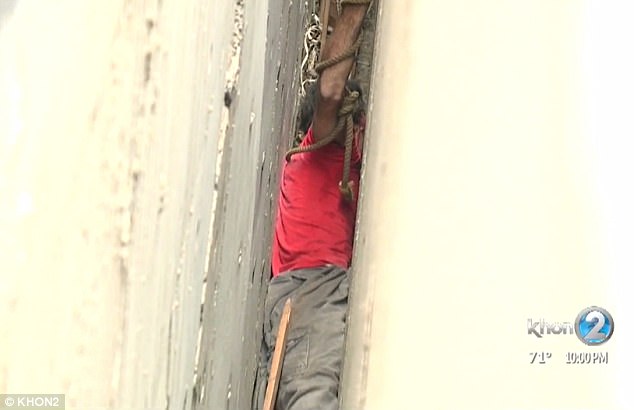 He fell about 12 to 15 feet into a gap that was just 10-inches wide. After he was rescued he was taken to the hospital in serious condition

The man was wedged between the walls of a Walgreens and a Heald College parking building.

Firefighters drilled into the walls of a parking lot for hours until Mike was finally freed at 5:25pm.

At first emergency services tried to rescue the fallen man who was wearing a red T-shirt and khaki pants by letting down a rope for him to hold on to as they dragged him up.

When that didn’t work they began to cut through the concrete using circular saws and jackhammers, which frightened the man stuck inside, causing him to scream.

‘It started as a tile wall and then a full concrete slab and then supported with rebar. We had to cut through all that to get to his location,’ Captain Albert Mccollum of Honolulu Fire Department said to Hawaii News Now. 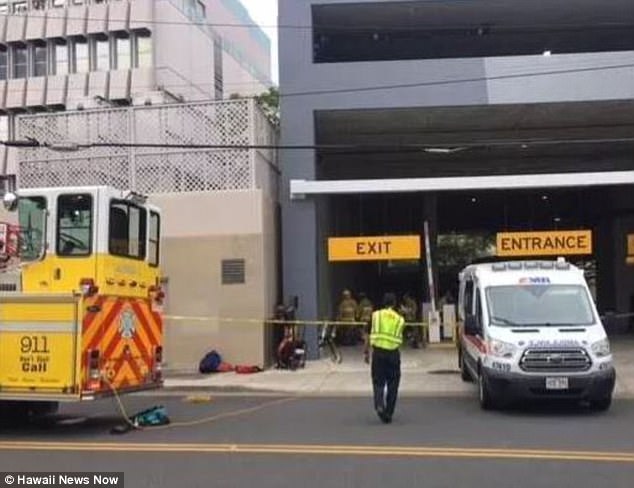 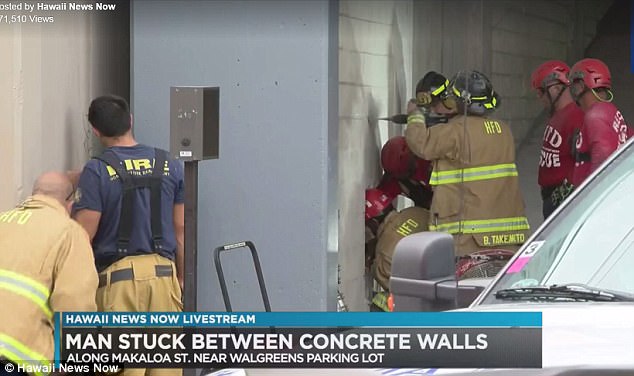 Authorities drilled through the walls of a parking lot to get to Mike, who was screaming in panic upon hearing the loud drills 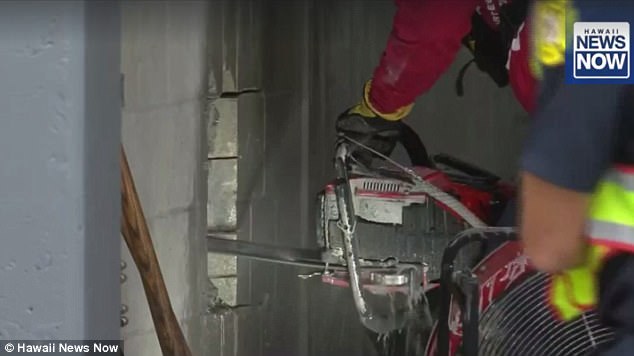 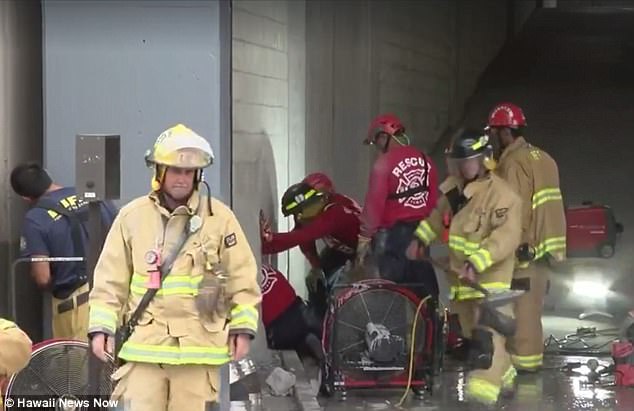 A security guard reported that Mike was bouncing a baseball on top of the building next to Walgreens.

‘He was playing some baseball in the upper parking lot and when the tenant called, I was going to chase him away, but when I got here, he was already down inside the wall. Apparently, he got a couple of baseballs stuck inside the wall. He was going to pick them up with a pole, and he fell inside,’ said Ray Rodrigues said to KHON.

‘I had to work up there one time and cover a hole, because I’m a maintenance guy and I almost fell between the wall and I was freaking out,’ Rodrigues said.

‘Apparently, he wedged down the wall and I don’t how he did it, but he did. That’s crazy. That’s just crazy,’ he added.

An inspector will investigate the safety of the site sometime next week, according to a city spokesman.

After he was freed he was taken to the hospital in serious condition.

Residents said that Mike is often in the area.

‘To me, we gotta get this kind of people off the street. Let’s do this. I mean he’s stuck in there, and that’s our taxpayer’s money,’ John Jones owner of a nearby restaurant said.