Patrick Pritzwald-Stegmann, 41, (pictured)  died after he was coward punched by Joseph Esmaili, 24, in the foyer of the Box Hill Hospital in May 2017. Now his widow is suing Eastern Health over his death

The devastated wife of a heart surgeon killed in a one-punch attack at a Melbourne hospital is suing its operator for allegedly failing to keep her husband safe.

Patrick Pritzwald-Stegmann, 41, was leaving work when Joseph Esmaili punched him in the jaw after being told to stop smoking at the Box Hill Hospital in May 2017.

Dr Pritzwald-Stegmann died from catastrophic head injuries one month later after his life support was switched off and Esmaili was last year jailed for manslaughter.

The surgeon’s widow, Christine Baumberg, is now suing Eastern Health claiming it was negligent in its duty to provide a safe workplace for Dr Pritzwald-Stegmann.

In a writ, obtained by the Herald Sun, Ms Baumberg is seeking damages from Eastern Health for herself and the couple’s eight-year-old twin daughters.

In documents filed in the Supreme Court of Victoria, Ms Baumberg wants the hospital to pay up for her family’s mental anguish and the loss of her husband’s $700,000 yearly salary.

Ms Baumberg has mental health conditions including post-traumatic stress disorder and her ability to work has suffered, the documents say.

Her eight-year-old twin daughters have depression and anxiety.

Ms Baumberg had previously made clear her intentions to hold the health department partially responsible for her husband’s death.

‘I call on the Victorian government and the management of all Victorian hospitals to properly enforce hospital smoking bans and to provide a safe workplace for all hospital staff,’ she said.

‘The federal government needs to help fund this.’ 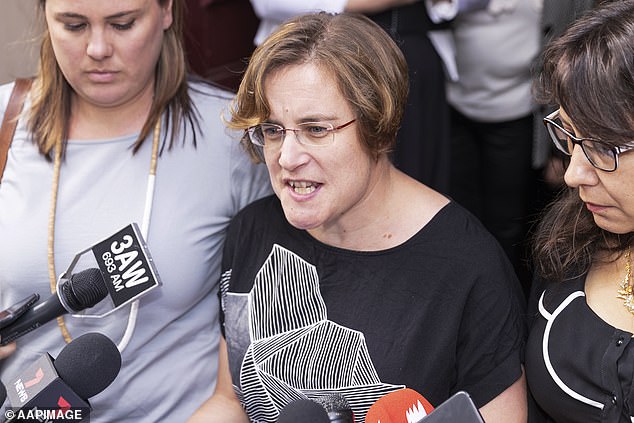 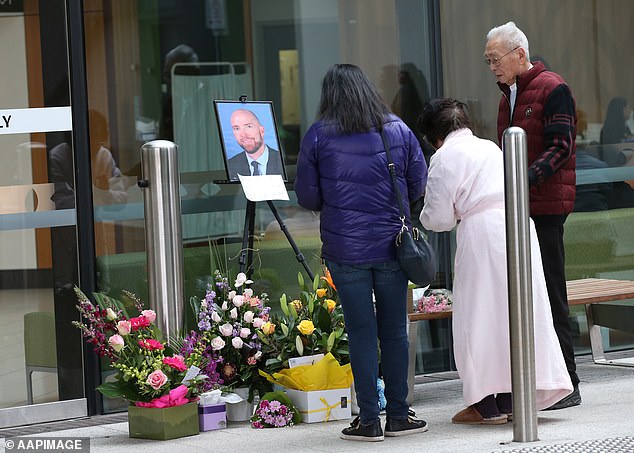 In a statement, Eastern Health said it was reviewing the legal material and would respond via its usual process.

“The tragic death of Patrick deeply impacted many of the people here at Eastern Health and the wider community,” chief executive David Plunkett said.

“This was a terrible incident and we again extend our deepest condolences to his wife and family.”

Dr Wong nearly died after being stabbed 14 times by a mentally ill patient at Melbourne’s Western Private Hospital in 2014.

He wants entrances for hospital staff, restricted access to wards and regular patrols of public areas.

‘Changes need to be made to protect those that are saving lives,’ Dr Wong said.

The state’s Health Minister Jenny Mikakos said hospital workers are not punching bags and abuse will not be tolerated.

The government has tipped $40 million into a hospital violence prevention fund and improved response procedures for when a patient or visitor is violent and aggressive. 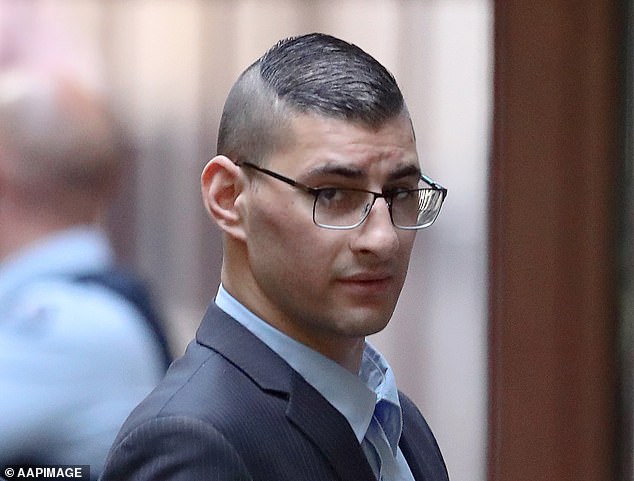