Heartbreaking photos show basketball legend Kobe Bryant enjoying a family trip to Disneyland just a few weeks before the tragic helicopter crash that killed him and his 13-year-old daughter Gianna.

Kobe, 41, and wife Vanessa, 37,  were pictured with Gianna and two of their other daughters, Natalia, 17, and Bianka, four, as they soaked up the atmosphere at the theme park.

Their fourth daughter Capri was just four months old at the time and didn’t join them on the day trip in October.

Kobe Bryant was pictured at Disneyland with daughter Bianka, four, on his shoulders and his arms around wife Vanessa (left) and daughter Gianna, 13 (second right). Eldest daughter Natalia, 17, is on the right of the snap taken just weeks before the tragic helicopter crash 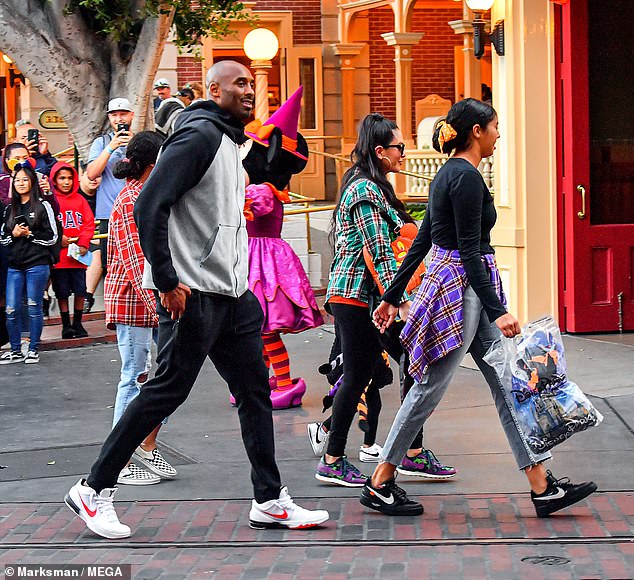 The family strolled around the theme park soaking up the atmosphere in October. Kobe’s eldest daughter Natalia, 17, leads the way with wife Vanessa following holding four-year-old Bianka’s hand and Gianna, 13, bringing up the rear 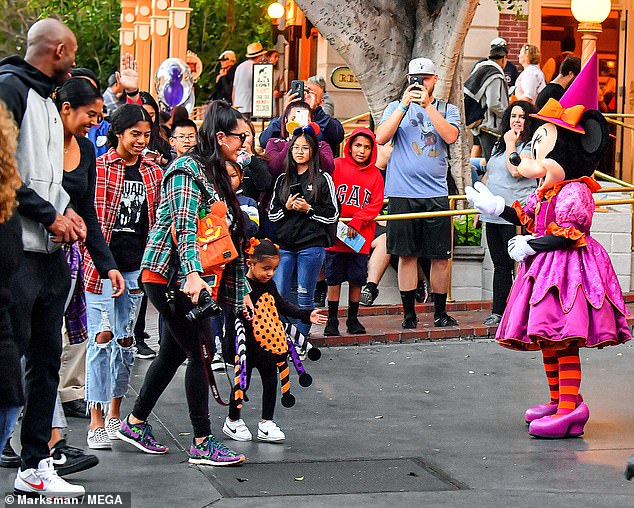 Kobe and his family meeting Minnie Mouse at Disneyland on a family day out just weeks before the basketball legend was killed in a helicopter crash with daughter Gianna, 13 (third left)

In one poignant snap they are seen meeting Minnie Mouse and in another group shot Kobe has little Bianka on his shoulders and his arms round Vanessa and Gianna.

The beaming family are said to have been frequent visitors to Disneyland – often up to four times a month – with Kobe and Vanessa sometimes going there by themselves to soak up the atmosphere and reminisce.

Indeed, Kobe took Vanessa there on November 28 to celebrate when they first met 20 years ago. 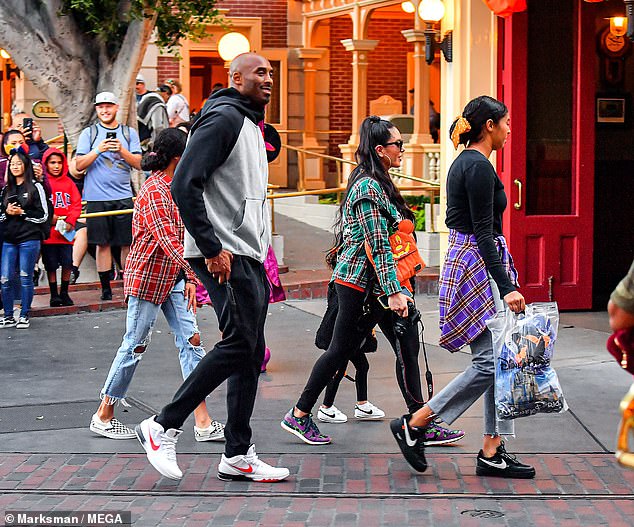 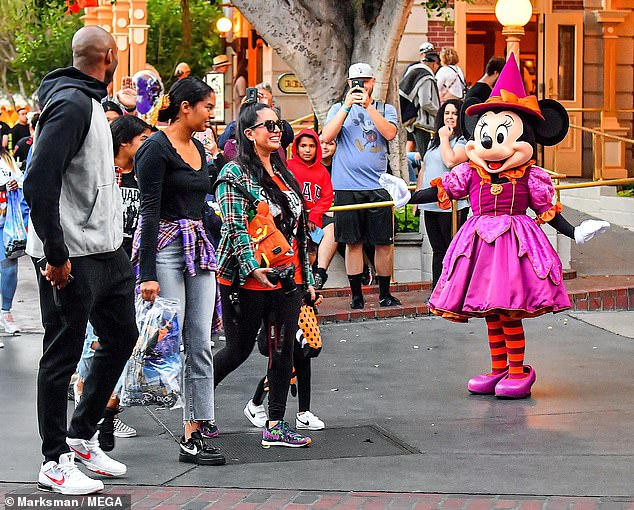 He posted a moving tribute on Instagram saying: ‘On this day 20 years ago I met my best friend, my Queen @vanessabryant.

‘I decided to take her on a date to Disneyland tonight to celebrate old school style (pre 4princesses).’

The former Los Angeles Lakers star and Gianna, also a keen basketball player, had been on their way to the Mamba Academy for basketball practice when the chopper crashed at around 9.30am on Sunday.

They died along with all seven others on board as the S-76 Sikorsky helicopter encountered thick fog and crashed into hills of Las Virgenes Canyon, which is home to celebrities including the Kardashians. 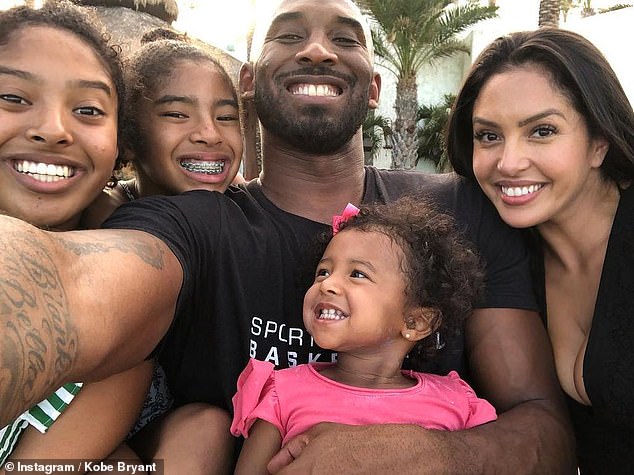 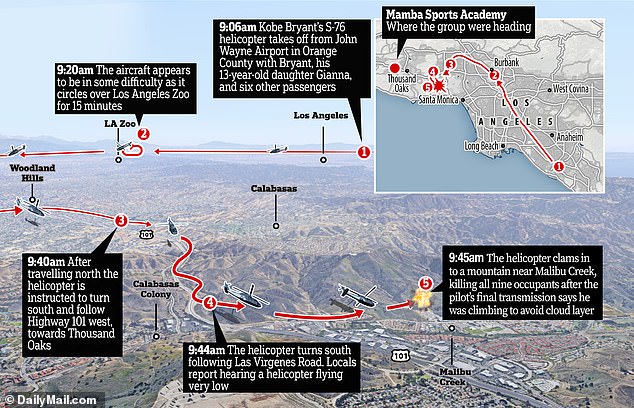