Newly engaged Heidi Klum was glowing when she arrived back in Los Angeles Thursday following a quick trip to New York City.

And it’s easy to see why she appeared giddy with happiness.

The America’s Got Talent judge confirmed she has set a wedding date with fiancé Tom Kaulitz while partying it up at the star-studded amfAR Gala 2019 at Cipriani Wall Street in Manhattan the night before.

Newly engaged: Heidi Klum was glowing when she arrived at LAX Airport in Los Angeles on Thursday with her engagement ring in full view

With her engagement ring in full view, the German-born model made her way through the turnstiles at LAX Airport in a stylish black-patterned dress.

To help keep warm, she wore a black and orange jacket and a pair of black and brown leggings underneath her dress.

For added flare, she matched it with black leather platform boots and wore her blonde locks long and flowing to the middle of her back with a part in the middle. 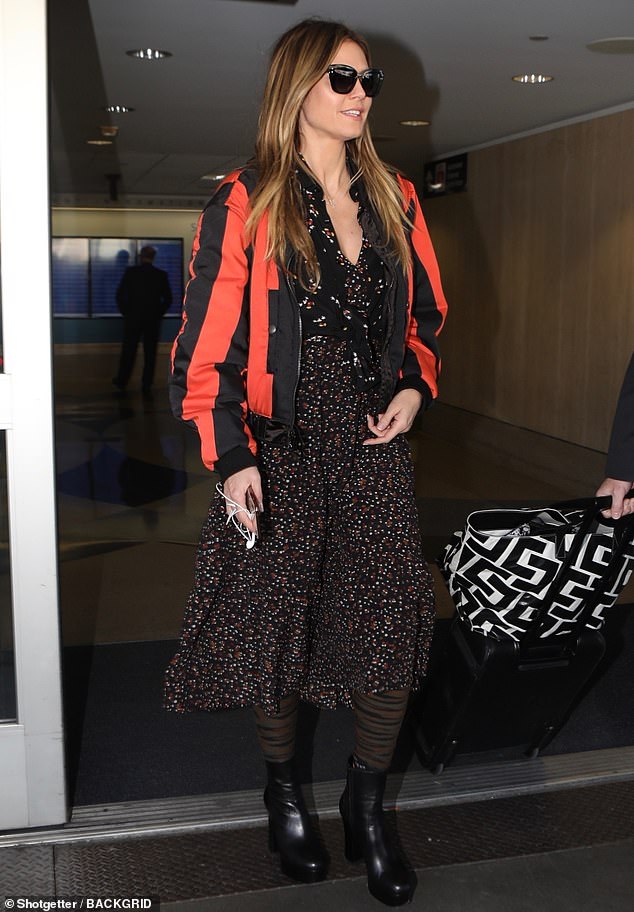 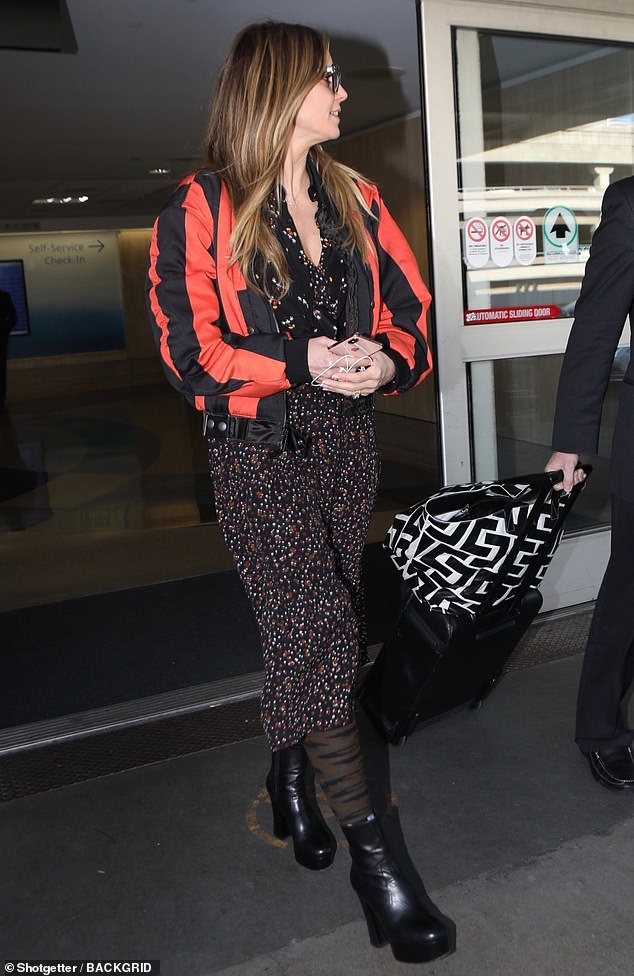 Revelation: The America’s Got Talent judge announced she set a wedding date with fiancé Tom Kaulitz while attending the amfAR Gala 2019 at Cipriani Wall Street in NYC Wednesday night

Klum, 45, and the Tokio Hotel guitarist, 29, got engaged in December.

And finally, at the amfAR New York Gala, she let the cat out of the bag and admitted they had already set a wedding date.

‘Yeah, I think we did,’ she told Entertainment Tonight. ‘But you will find out eventually.’

She also revealed that the wedding plans are ‘coming along’, and joked that they are ‘very, very much on time and very organized’ when it comes to their nuptials because they’re both German. 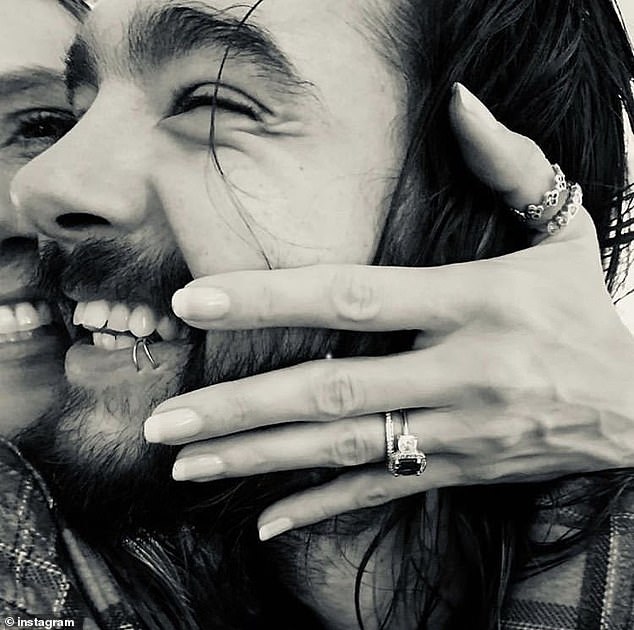 Giddy with love: Klum and Kaulitz announced their engagement in December

Up until his relationship with Klum, Kaulitz was best known for his work with the band Tokio Hotel, which is fronted by his identical twin, Bill Kaulitz.

The brothers were born in Leipzig, Germany, which is on the eastern part of the country.

After living in Hamburg for a number of years, the brothers moved to Los Angeles in 2010.

Klum was born in Bergisch Gladbach, in western Germany. 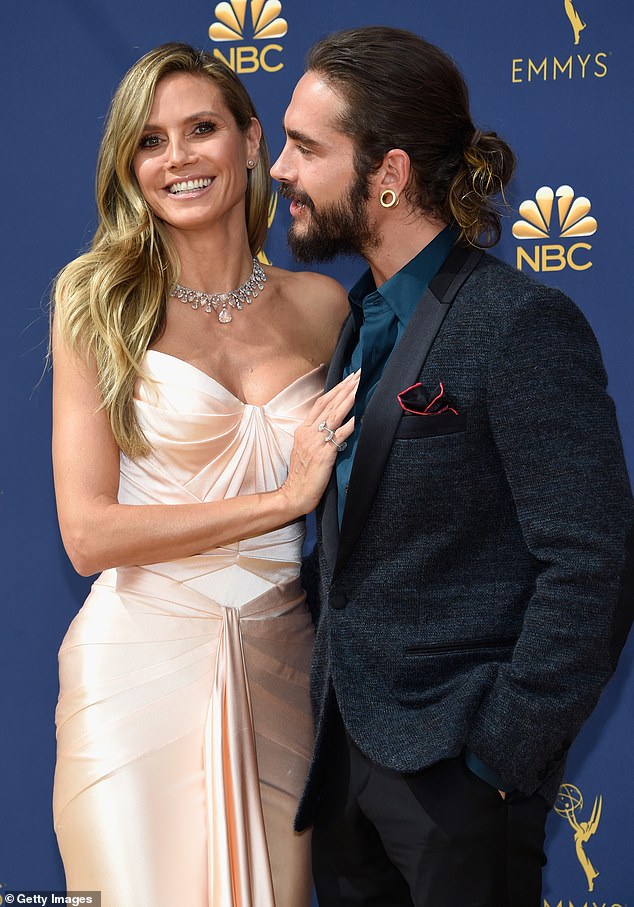 Two peas in a pod: Both Klum and Kaulitz were born and raised in Germany