She is known for commanding attention on and off the run way.

And on Saturday, Heidi Klum proved that she still prioritizes her children as she shared two family photos from an outing in Los Angeles to her Instagram account.

The America’s Got Talent judge shares her kids with various partners, including her former husband Seal, from whom she separated in 2012.

Happy mom: Heidi Klum proved that she still prioritizes her children as she shared two family photos from an outing in Los Angeles to her Instagram account

Klum was dressed in a dark blue shirt that remained open-faced during her time with her children.

The 47-year-old reality television personality contrasted her top with a stark white T-shirt while stepping out.

The Germany’s Next Topmodel host’s eye-catching blonde hair cascaded onto her shoulders as she strolled around the streets with her kids.

She notably wore a black facial covering to reduce the chance of contracting COVID-19 during her day out. 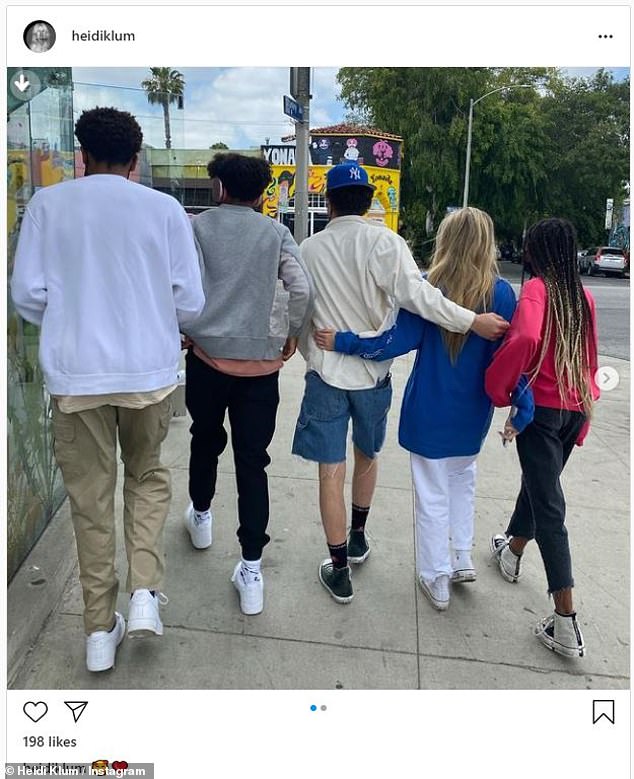 Large family: The America’s Got Talent judge is a mother to four children, whom she co-parents with her former husband, Seal

Klum shares her children with several of her past partners, and she welcomed her first daughter, Leni, aged 17, with her ex-boyfriend, Flavio Briatore.

Prior to embarking on a short-lived romance with the manager, she was married to Ric Pipino from 1997 until 2002, and the couple did not welcome any kids of their own.

Shortly after she became pregnant with her first child, the supermodel began a relationship with Seal, whom she later married in 2004. 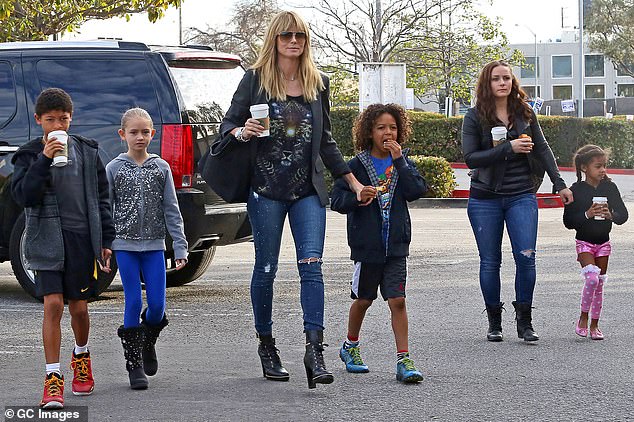 First flame: Klum welcomed her first daughter with her former partner Flavio Briatore, although she raised her child with her second husband; she is seen with her kids in 2014 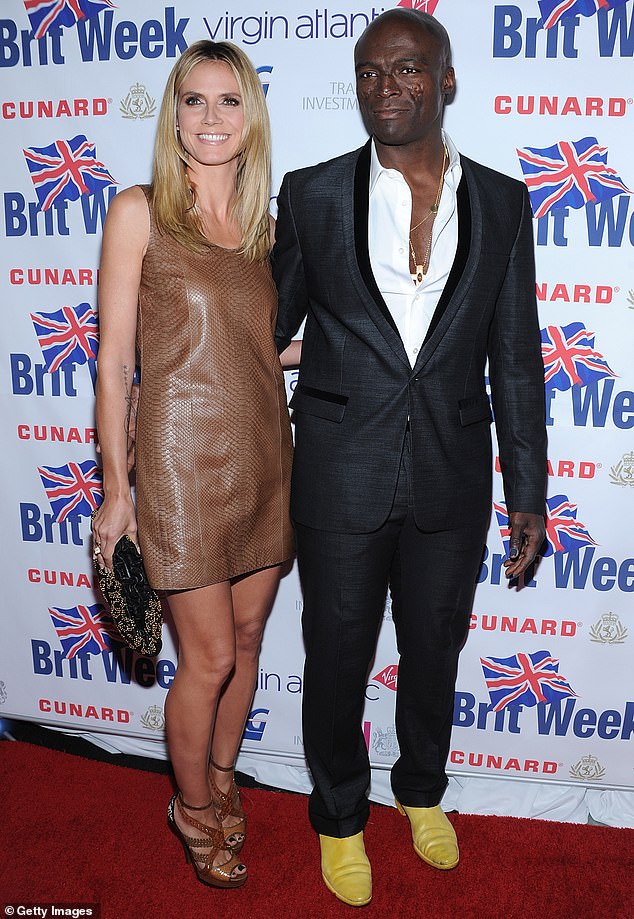 Former couple: The supermodel and Seal welcomed three children during the course of their marriage, which came to an end in 2014; they are pictured in 2011 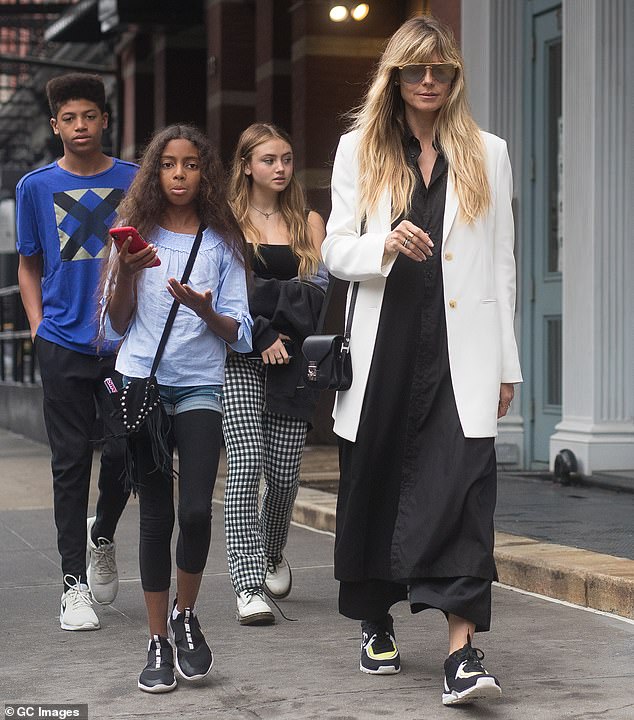 Moving on: Following her split from the singer, Klum began relationships with her bodyguard Martin Kirsten and art curator Vito Schnabel; she is pictured with three of her children in 2019

The couple went on to welcome three children during their time together, sons Henry and Johan, aged 14 and 13, and daughter Lou, aged 11.

The Kiss From A Rose singer also acted as a stepfather for Leni and was present during her birth.

They announced their separation in 2012 and finalized their divorce in 2014.

Klum went on to establish relationships with her bodyguard, Martin Kirsten, as well as art curator Vito Schnabel, although her time with both individuals ended after a few years.

In 2018, she began making public appearances with Tokio Hotel guitarist Tom Kaulitz, with whom she was first spotted in March.

Tom and Heidi announced their engagement in a post made to the model’s Instagram account that December and went on to tie the knot the following February, although they had a more significant ceremony a few months later. 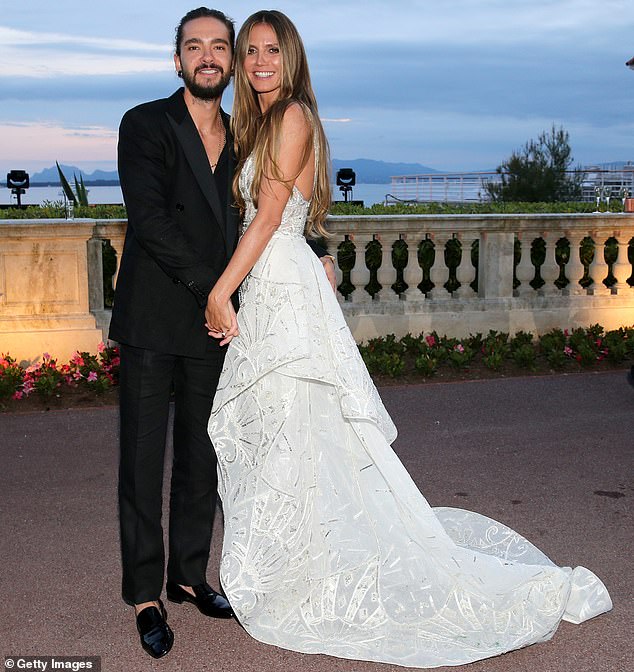 Third time’s a charm: Klum began dating Tokio Hotel guitarist Tom Kaulitz in 2018, and they tied the knot the following year; they are seen in 2018