UKIP’s leader Henry Bolton vowed to fight on today despite being hit with a wave of resignations.

Mr Bolton dismissed calls to quit after the party’s executive committee backed a motion of no confidence in him yesterday in the wake of revelations that his ex-girlfriend Jo Marney sent racist messages about Prince Harry’s fiancée Meghan Markle.

The pressure intensified today as a slew of frontbenchers – including his deputy Margot Parker – announced they were quitting warning that Mr Bolton’s ‘time is up’.

But Mr Bolton said in a statement that he was determined to ‘drain the swamp’ of tired UKIP figures. ‘I shall not be resigning as Party leader,’ he said.

Mr Bolton said in a statement that he was determined to ‘drain the swamp’ of tired UKIP figures. ‘I shall not be resigning as Party leader,’ he said. 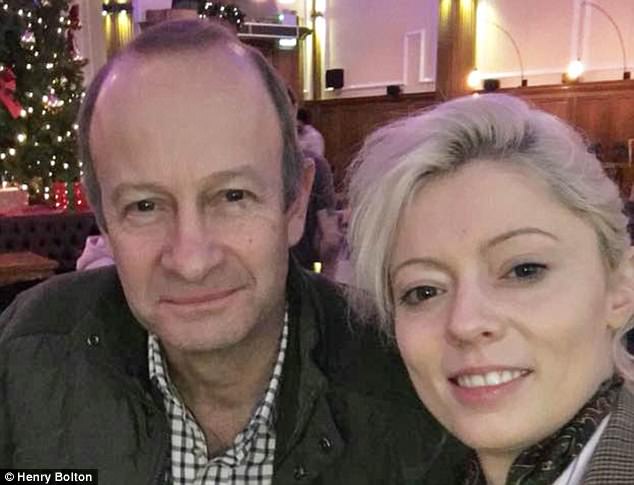 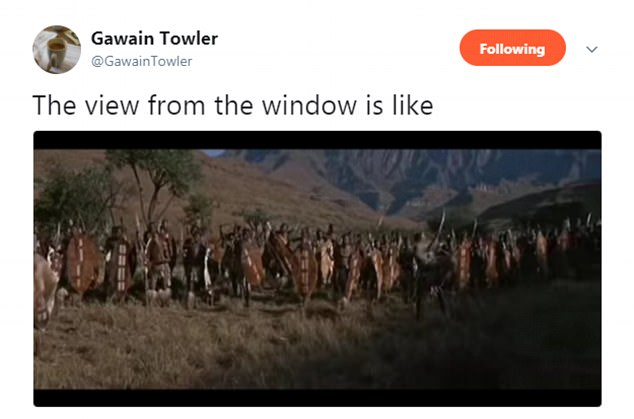 Ukip’s communications chief Gawain Towler posted an image from the 1964 Michael Caine film Zulu, which tells the story of the battle of Rorke’s Drift, today as the resignations came thick and fast

Earlier, UKIP head of press Gawain Towler posted an image from the 1964 Michael Caine film Zulu, about the 1879 battle when a small group of soldiers defended a garrison despite being hugely outnumbered.

Mr Bolton has been holed up in a hotel in Folkestone for most of the day preparing to give his statement.

Addressing TV cameras in the street, he used Donald Trump’s phrase about the culture in Washington.

Mr Bolton said he would be seeking support from party members in the vote triggered by the NEC’s vote of no confidence.

‘Let me re-iterate, the most pressing issue facing our country is to ensure that we gain full independence from the European Union; that we do not allow the government to betray the country by compromising that goal,’ he said.

‘That is the object to which I shall be directing all of my energies in the coming weeks.’

He has faced a stream of calls to resign since the highly offensive messages sent by Miss Marney, 25, were published by the Mail on Sunday.

He insists UKIP cannot afford another leadership election and says the result of the no confidence vote will lead to fresh in-fighting that could finish off the party.

Miss Marney today welcomed the resignations, saying they were ‘draining the swamp’ so Mr Bolton could make new appointments.

Announcing her departure earlier, East Midlands MEP Ms Parker told BBC Radio Northampton that Mr Bolton’s personal life ‘took over the job he was elected to do’ and urged him to stand aside.

She said: ‘It would be quicker and cleaner if he came to the conclusion he could go sooner rather than later. This is taking time away from doing the job. This puts the party in a limbo situation.’ 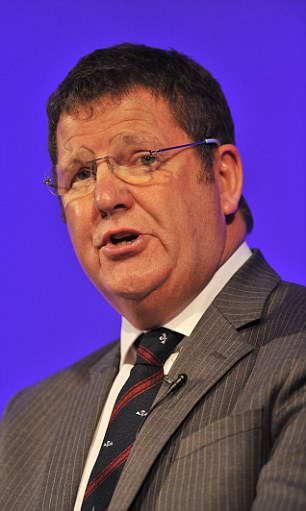 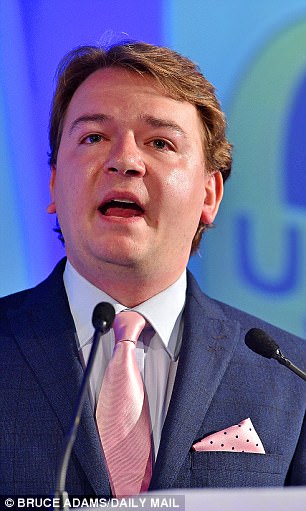 Ms Parker will continue her role in the European Parliament.

Immigration spokesman John Bickley told LBC radio: ‘I will be resigning today. I’m not going to do the job for Mr Bolton.

‘We need to make it clear to Mr Bolton that his time is up. It would really be in his interests in going to sort out his personal life and get away from politics.

‘By a number of people resigning and saying they don’t want to work with him, that helps make up his decision for him.’

Trade spokesman William Dartmouth said in a letter to the leader: ‘Your position is untenable. I am unable to serve under you.’

‘I hope he does the right thing and resigns before the EGM, so the Party can move forward with a new leader.’

Assistant deputy leader Mike Hookem said members were ‘crying out’ for stability at the top of the party and he would ‘consider stepping in as interim leader if required’.

Education spokesman David Kurten also announced he had quit. ‘It is time for him to step down with dignity rather than extending the current debacle for another 4 weeks. I will continue to represent the party in the London Assembly.’

Peter Whittle, who stood as Ukip’s candidate for London mayor in 2016, resigned as the party’s spokesman for the capital saying: ‘The current situation cannot continue.’

Party members will now decide Mr Bolton’s fate in a vote at an emergency meeting next month.

Ukip’s national executive committee unanimously backed a vote of no confidence in Mr Bolton after he put his case to members for remaining in post.

A Ukip spokesman said: ‘The committee took the decision to hold a vote of no confidence in the leadership of Henry Bolton. The vote was carried unanimously with the exception of the leader. 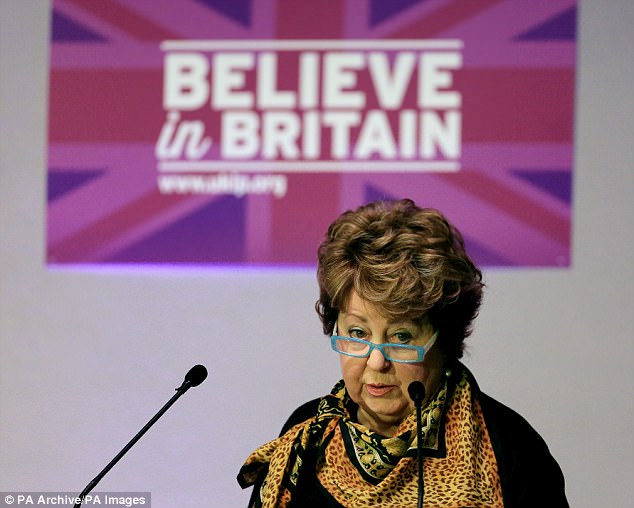 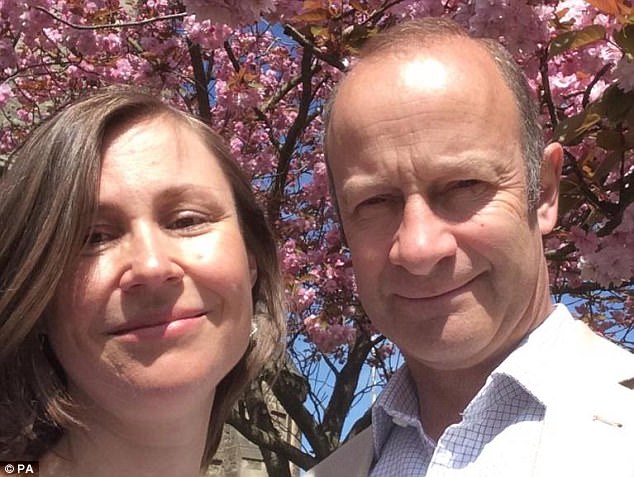 Mr Bolton left his wife Tatiana (pictured together), 42, who gave birth to their second daughter at London’s St Pancras station in 2016 after going into labour on a train

‘This decision will automatically trigger an emergency general meeting of the party, to allow the membership of Ukip the democratic opportunity to decide to endorse or reject that vote of no confidence.’

Under Ukip rules, an emergency general meeting must be staged within 28 days. Members will be told about when and where it will be held in the next 10 days.

Mr Bolton said a contest to replace him ‘would be financially almost unviable for the party’.

The under-fire leader said previously his ‘romantic’ relationship with 25-year-old model Ms Marney was over but he admitted they were ‘still in touch’ after pictures emerged of them meeting up.

He left wife Tatiana, 42, who gave birth to their second daughter at London’s St Pancras station in 2016 after going into labour on a train, prior to his relationship with Ms Marney becoming public in early January.

Mr Bolton told ITV’s Peston On Sunday: ‘I don’t believe I have done anything wrong. My own personal life, it’s a little bit of a mess at the moment. I need to sort that out, of course.’ 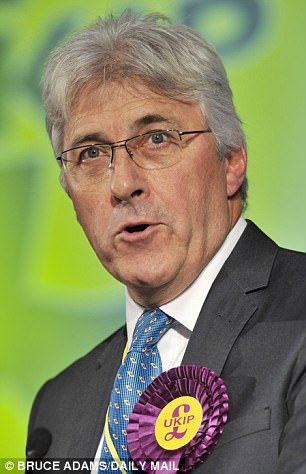 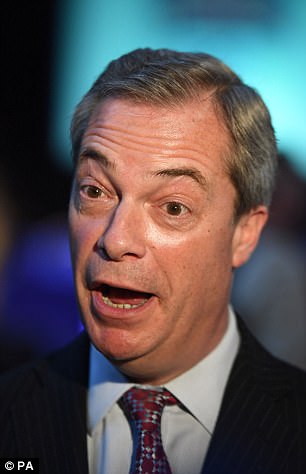 John Bickley (pictured left) resigned as UKIP immigration spokesman this morning. Speculation has mounted that Nigel Farage would return to take the helm of the party, but his spokesman said there is ‘no chance’ of this

Asked about reports his estranged wife still did not know if their marriage was over, he replied: ‘My wife and I have exchanged lengthy emails on this. We have spoken a couple of times on the phone, but that is my business.’

Mr Bolton is the latest in a string of people to be elected leader of Ukip. The NEC result fuelled speculation that Nigel Farage would return to take the helm of the Eurosceptic party.

Party chairman Paul Oakden told BBC Radio 4’s Today programme: ‘I think everybody would like him to have a greater role in Ukip. Whether that’s as leader or not, I don’t know if I would subject Nigel to that.’

But Mr Farage’s spokesman said: ‘There is no chance. He wouldn’t consider it for a second.’

The spokesman also insisted Mr Farage is ‘absolutely not’ about to start a new political party.

Neil Hamilton, Ukip’s leader in Wales, said Mr Bolton should ‘seek psychological help’. He said: ‘I support the NEC’s unanimous decision to pass a vote of no confidence in Henry Bolton.

‘He should now resign from Ukip immediately so we can get on with rebuilding the party without further distraction.

‘If he forces us to hold an EGM, he will only humiliate himself further. His recent behaviour has been so irrational, he should seek psychological help.’

Ms Marney said the Ukip leader had ‘done nothing wrong’ and insisted what she had done was ‘nothing to do with someone else’.

‘I am flabbergasted at the NEC’s disastrous decision to self destruct UKIP,’ she tweeted.

‘There’s no doubt another leadership contest would be the final nail. The liberal media knows it and the NEC has just played into its hands (as usual). For Brexit’s sake, let the man get on with his job!’