PICTURED: Hero father who drowned alongside a relative as they tried to save his three children from being swept out to sea by a deadly rip – and a third man is still missing

The two men that drowned at Moonee Beach on New South Wales mid north coast on Monday evening have been identified as relatives who died as they attempted to rescue young family members.

Father of three Ghouseuddin Mohammed, 45, and relative Syed Rahath, 35 were pulled from the surf unresponsive after a family day out at the Coffs Harbour beach turned into a tragedy.

They had jumped into the heavy swells after noticing Mr Mohammed’s two daughters, aged 13 and 17, and his son, aged 15, were being swept out to sea by a rip.

A third relative, 28-year-old student Junaidh Mohammed also jumped into the water to save the kids and had not been seen since. 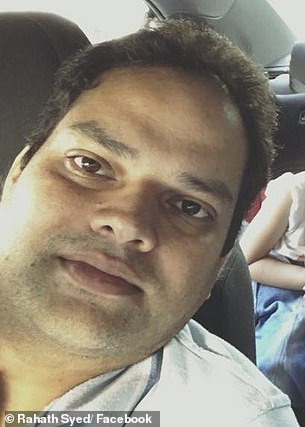 Father of three Ghouseuddin Mohammed, 45, (left) and relative Syed Rahath, 35 (right) were pulled from the surf unresponsive after a family day out at the Coffs Harbour beach on Monday evening

All three teenagers were saved from the water and remained in a stable condition at Coffs Harbour Hospital.

CPR attempts on Mr Mohammed and Mr Rahath were made by paramedics and police but were unsuccessful.

Relative Shahbaz Mohammed, who was at the scene, said the grief his family was going through was ‘too much to bear’.

‘We just came here together, we thought of having a good time together. Unfortunately we went to the beach,’ Shahbaz  told The Daily Telegraph.

‘My cousin, he is still missing, police have been searching for the last 12 hours. He is a students and his family is desperately waiting in India to know what is happening – they want to come here.’ he continued. 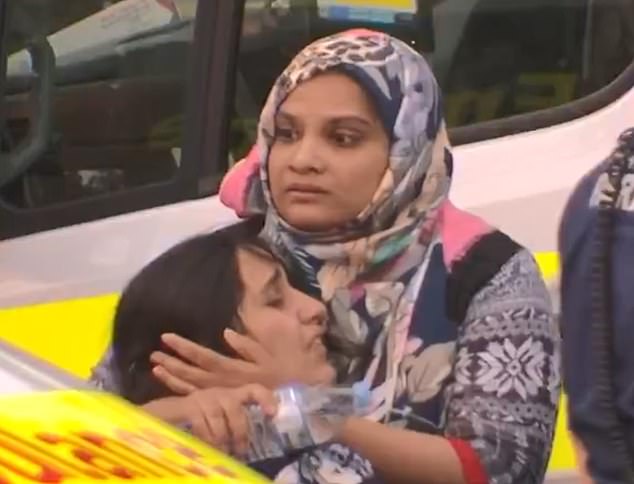 Relatives at the scene broke down at the news that the two men had drowned, and fears that the third missing man, Junaidh Mohammed, 28, may also be dead

The heroic efforts of the three lifeguards who saved one teenage girl had been met with gratitude by the family.

He and colleagues Hugo Craigan and Alex Swadling dove into the dangerous seas  to save the family, with Mr Craigan paddling out 700 metres from the shore to save the 17-year-old girl. 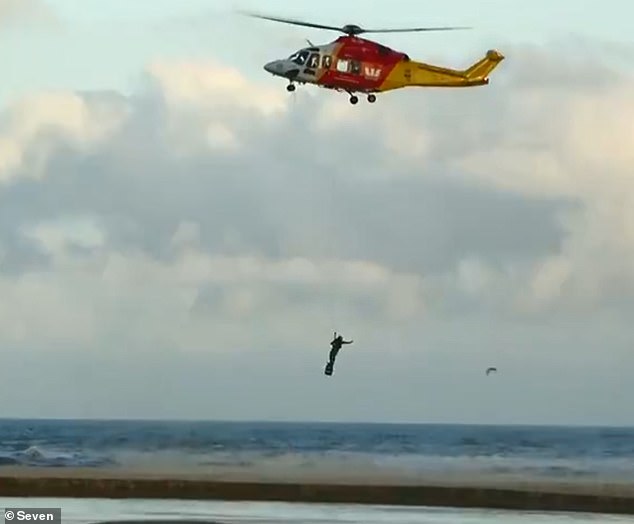 The two men were found face down shortly after and were pulled from the surf by the lifeguards.

Since July 1 there have been 16 coastal drownings in NSW – on par with the figure at the same time last year.

Mr Hackfath pleaded with the public to take care at beaches this summer, to always swim between the flags and learn about beach conditions. 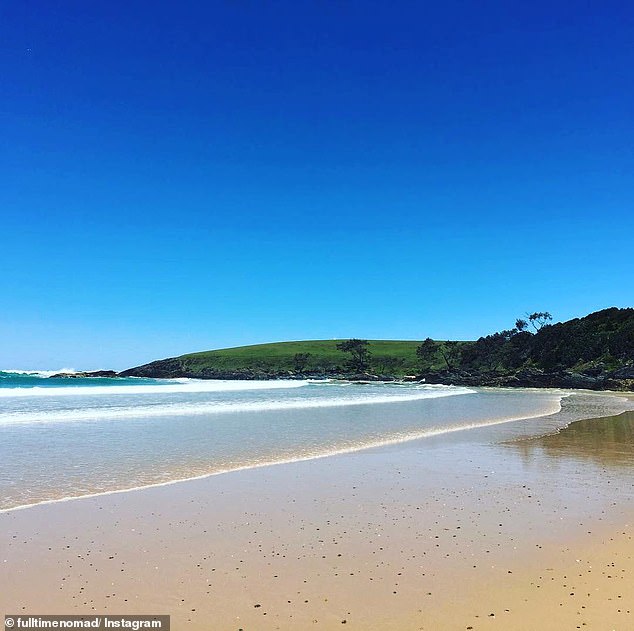 Since July 1 there have been 16 coastal drownings in NSW – on par with the figure at the same time last year (Pictured: Moonee Beach, near Coffs Harbour, NSW)