In a move sure to infuriate many customers, leading department shops in Australia are considering banning plastic bags from their stores leading into Christmas.

David Jones and Myer are looking to potentially follow the trend of supermarket giants Coles and Woolworths, who introduced the controversial but environmentally friendly practice earlier this year.

Woolworths have left many shoppers frustrated since July by charging 15 cents for thicker individual grocery bags at the check out and in the self service section. 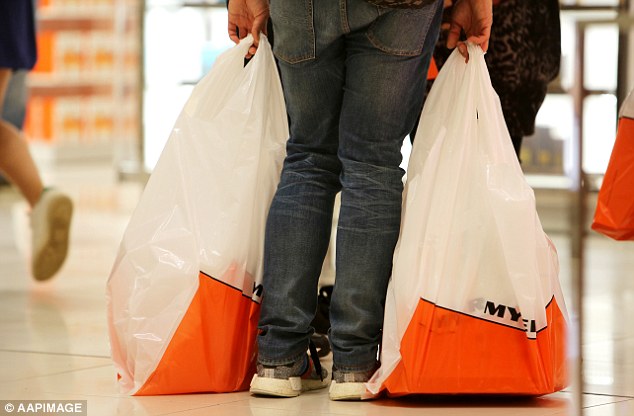 Coles also charge 15 cents per re-usable bag, and initially were free of charge as shoppers adjusted to the change.

Dominique Lamb, from the National Retail Association, said the decision to use plastic bags won’t be mandatory.

‘It will be an opt in process,’ she said. ‘The focus is protecting and preserving the environment.

‘Hopefully retailers choose to get on board.’

Alternate options for customers at the apparel stores could be fabric or cardboard bags.

A possible government directive on the issue won’t be enforced until the end of the year.

The decision of Australia’s two leading department stores to possibly scrap the use of plastic bags could be linked to a revamped business strategy. 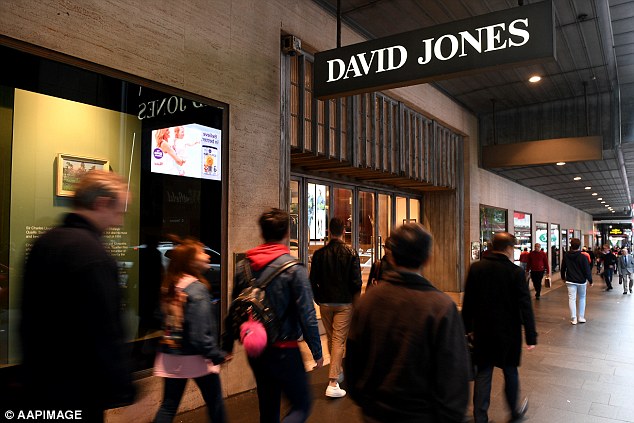 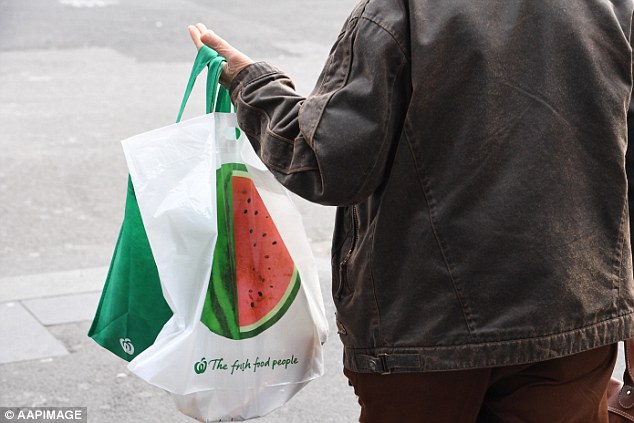 The new bags Woolworths sell for 15c are re-usable, but reaction has been mixed from their customers across Australia

With shoppers now purchasing online at a rapid rate, becoming environmentally friendly could sway customers to continue to buy products in store.

David Jones suffered a 25 per cent decline in revenue and the likes of Dick Smith, David Lawrence and Marcs all closed their doors.