Hilarious footage has emerged of a cute kangaroo with adorable manners.

The adopted kangaroo was sprung in the act farting, who then uses one of his paws to try to get rid of any smell so it doesn’t offend his mate nearby.

The footage was filmed by Georgina Steytler, 45, who adopts orphaned kangaroos with her husband in Toodyay, 85 kilometres north-east of Perth in Western Australia. 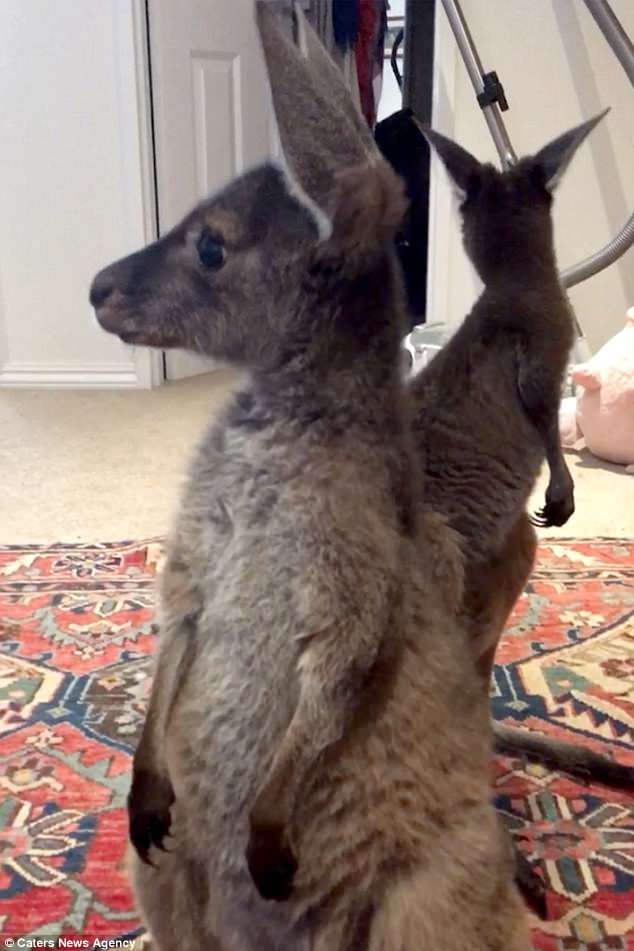 Possum looks away after he is captured on film letting rip

‘After noticing one of the grey kangaroos, named Possum, was quite gassy one evening she decided to film it,’ the video description states.

‘The hilarious clip shows Possum letting rip and seemingly using his one paw to waft the smell away.’

Ms Steytler can be heard in the background laughing at Possum’s funny antics.

‘After adopting the kangaroos we decided to keep them in pouches inside the house,’ she told msn.com.

‘It’s a bit juvenile I know but gosh it made us giggle.’ 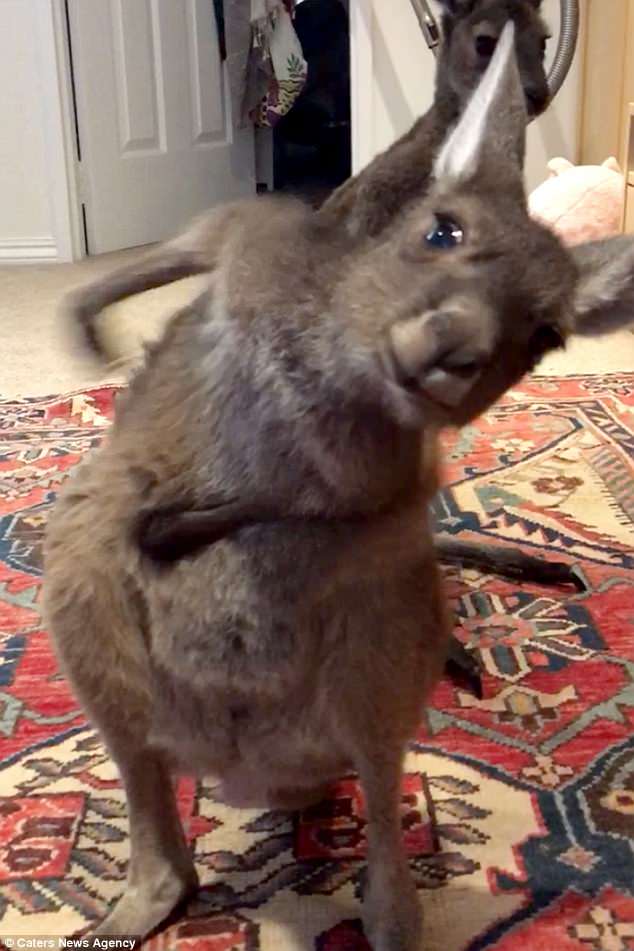 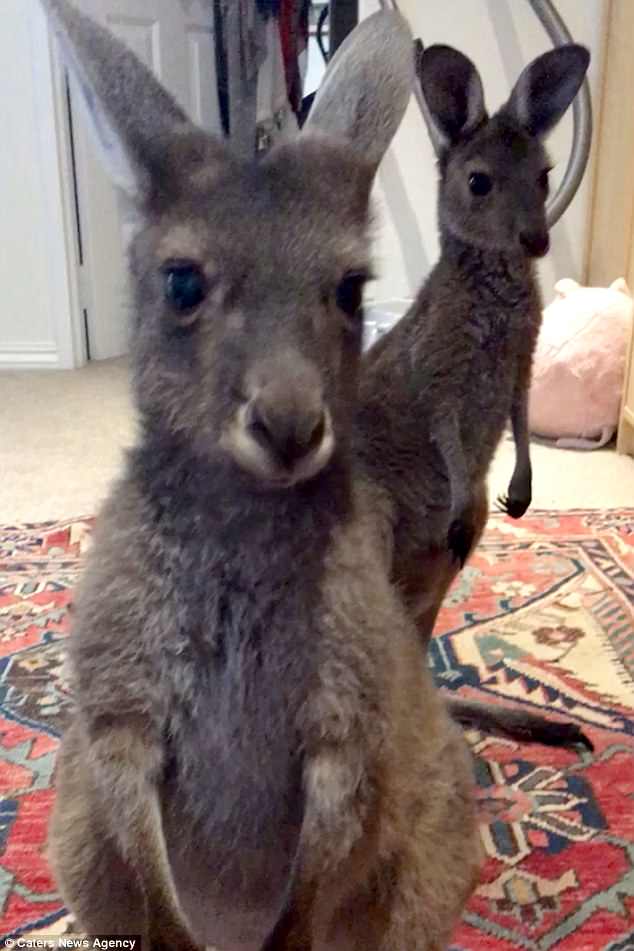 Possum and his mate Peanut live in a custom built kangaroo enclosure.

‘In another month or so they will go into another enclosure in the bush area and released back into the wild by the end of the year,’ Ms Steytler said.

The 15 second clip has already attracted several hundred views since it was uploaded to YouTube on Thursday.