A Maryland family have transported a historic Georgian mansion more than 50 miles so that it can be housed on their waterfront plot of land.

The residence was bought by Christian Neeley, who fell in love with the dwelling, which is known as the Galloway House and was built back in 1760 – before the American War of Independence.

Neeley had been hoping to find a similar home with water views, but when there didn’t seem to be one available he decided to ship Galloway House closer to the sea.

A Maryland family have transported a Georgian mansion more than 50 miles by land and sea so that it can be housed on their waterfront plot of land. The historic home is seen in transit on Wednesday

The Maryland local, who works in cyber security, plans to make the home a family estate where he will live with his parents, sister and her children.

Neely and his mom and dad decided to split the cost of transporting the historic home – which blew out to nearly seven figures.

Plans to move the building took two years to coordinate, as the mansion would have to be transported by both road and water to reach its new destination.

‘You have no idea — there was Delmarva, Eastern Utilities, Verizon, Atlantic broadband who all had to agree to take their lines down. And then there were the traffic signals that had to come down,’ Pat Neely told The Capital Gazette.

Galloway House had to go six miles through town to reach the water, where it was loaded onto a barge.

The land operation took four days, before an issue with the boat delayed the sea leg of the journey. 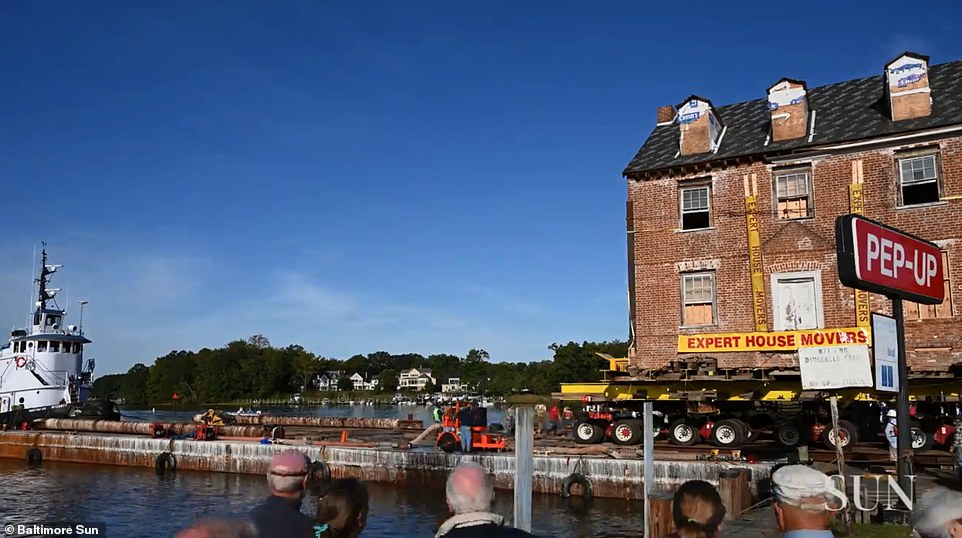 Plans to move the building took two years to coordinate, as the mansion would have to transported by both road and water to reach its new destination 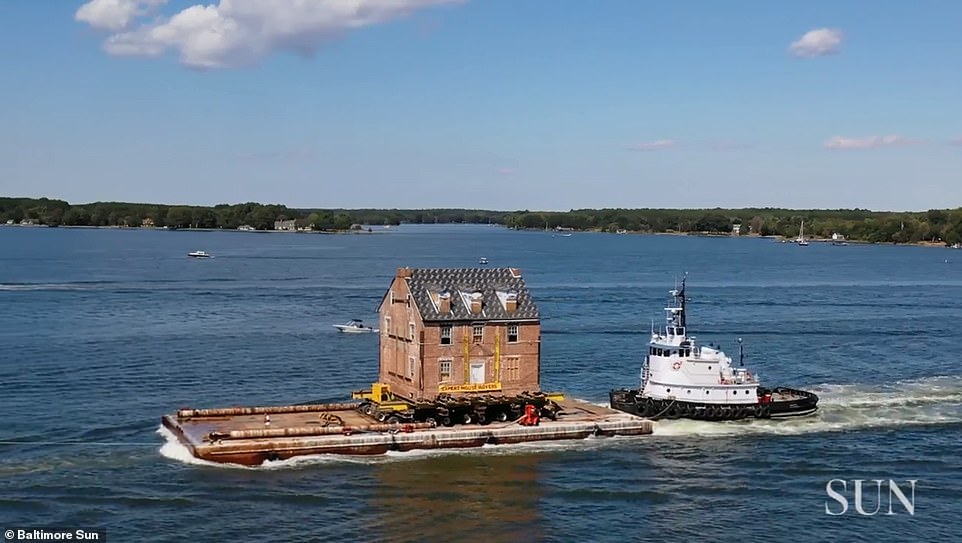 But before dawn on Wednesday, Expert House Movers of Maryland finally helped load the 800,000 pound brick building onto the barge for its journey downstream.

It took less than 24 hours for the historic structure to finally arrive at its new destination in Queenstown.

Pat Neeley told Capital Gazette that her son, Christian, wants the home to serve as an estate for future generations of their family.

‘The objective was to have someplace to be able to say ‘When you go home, this is where you go,” she said.

Meanwhile, Christian revealed he is planning on renovating the home and adding on an extension – which will cost another $1 million.

He says his decision to keep the original home is also about sustainability and a rejection of modern culture.

‘We look at our society and where we are, and we’re having to turn back and start to think about eliminating one-time use and going back to all of these things,’ he stated.

‘We are going to need things that are going to last longer than disposable clothes that end up in the ocean.’ 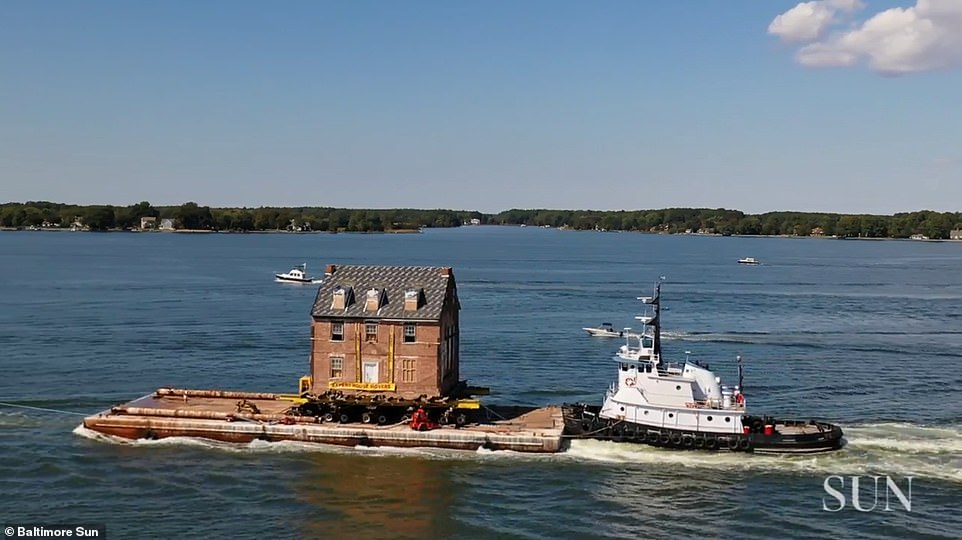 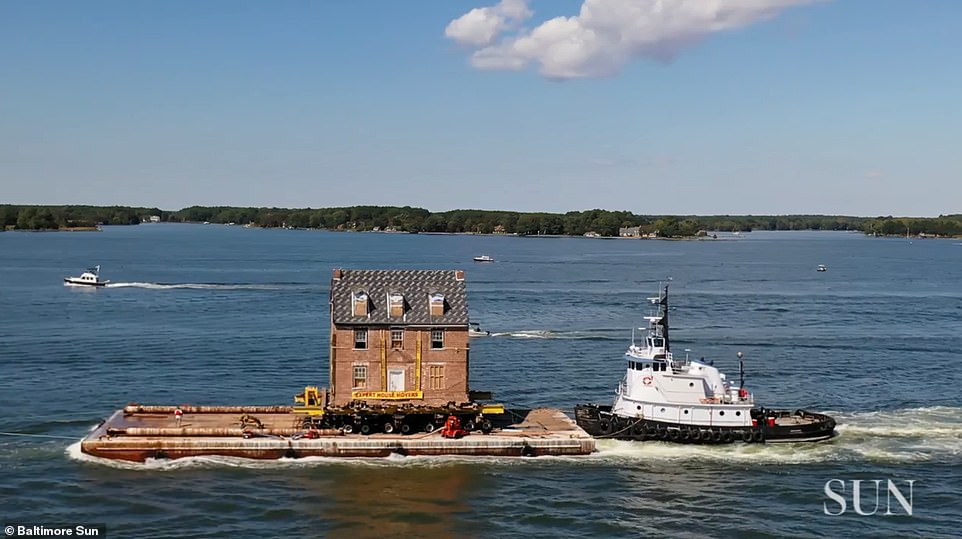